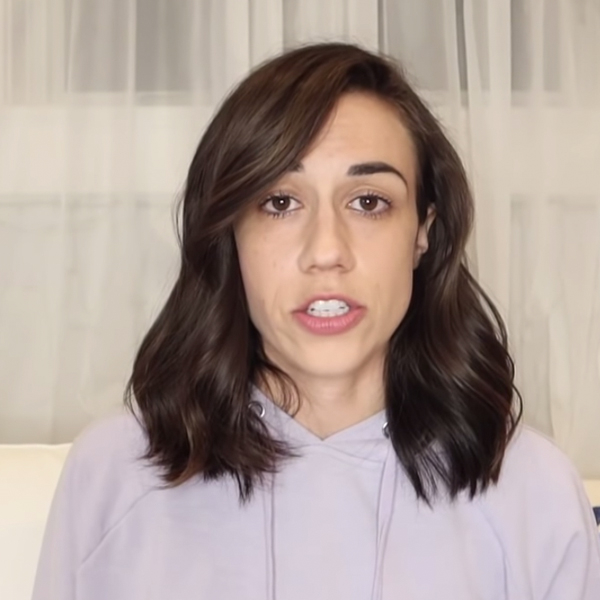 Colleen Ballinger is having an “honest conversation” with her followers about her past “stupid mistakes.”

In a video titled “Addressing Everything,” the YouTuber, more commonly known as “Miranda Sings,” apologizes for a 14-year-old video in which she and her sister pretend to be Latinx women.

She starts off by admitting that the characters she and her then-teenage sister played were “completely based in racial stereotypes.”

“It is not funny, and it is completely hurtful. I am so ashamed and embarrassed that I ever thought this was okay,” she says. “I was a sheltered teenager who was stupid and ignorant and clearly extremely culturally insensitive.” Ballinger adds that years later she and her sister realized that what they did was not right and decided to delete the video, because they didn’t want anyone to be “hurt” by it.

Colleen insists that they didn’t do it to avoid controversy, as some alleged.

In addition, the YouTuber takes responsibility for how she spoke about an overweight woman who she sat next to on a flight 12 years ago. She admits that the derogatory comments she made were awful, but promises, “That is not the woman I am today.”

Ballinger then delivers a sincere apology to anyone she offended when she “insensitively” spoke about having to put down a dog that bit her as a child. Though she’s talked about it numerous times prior, Ballinger says she wants to discuss it again, because “still to this day as a 33-year-old woman” she feels guilt for her dog’s death.

She explains that she often uses humor to discuss hard topics, but didn’t think of how it might impact others.

“To anyone and everyone who was hurt or offended by the statements I made when I was younger, I am so, so sorry. I hope you all can see that the person I am today is so far from the person I was a decade ago,” she shares.

Lastly, the mother-of-one addresses an ongoing controversy that began a few weeks ago when a 17-year-old fan from Ireland alleged in a video that Colleen didn’t pay him for content he scripted and shared to her “Miranda Sings” Twitter account.

In a separate claim, Adam Mcintyre accused the internet personality of sending him her underwear and bras in the mail.

Colleen denies his account in the video, explaining that she did not immediately address Mcintyre’s concerns “to respect the wishes” of the teen’s mother. Colleen went on to share screenshots of their past interactions, but only of messages that were shared between her and adults involved, as the fan is a minor.

Furthermore, she denies giving the teen access to her Twitter account for over a year. She claims he had her password for only one day as a “test run.” Included in the content posted on Ballinger’s behalf was an LGBTQ-inspired tweet about “coming out” as a Meghan Trainor fan, which Ballinger admits was an oversight in the approvals process.

“I knew better than to let someone else tweet for me. I should have reviewed closely every single thing that was going to come from ‘Miranda’s’ mouth. I let him know that I loved him, he did a great job. It was my fault, not his,” she says.

As for sending him her bra and underwear, she confesses that it is true, but insists they were new and it was nothing more than a joke well documented on a public livestream.

“It was a big joke within the fandom,” she says, later adding, “In my mind at the time, this was no different than all the other weird stuff I send to my fans as a joke. Now in hindsight, I see how completely stupid of me. I should have never sent that.”

She ends her video by promising that she will “continue to learn” from her mistakes and grow as a human being, but asks that cyber bullies learn words have power, just as she has throughout her career.

To hear her full apology, watch the above video.

Sports Today – Stricker hopes Tiger can be part of Ryder...