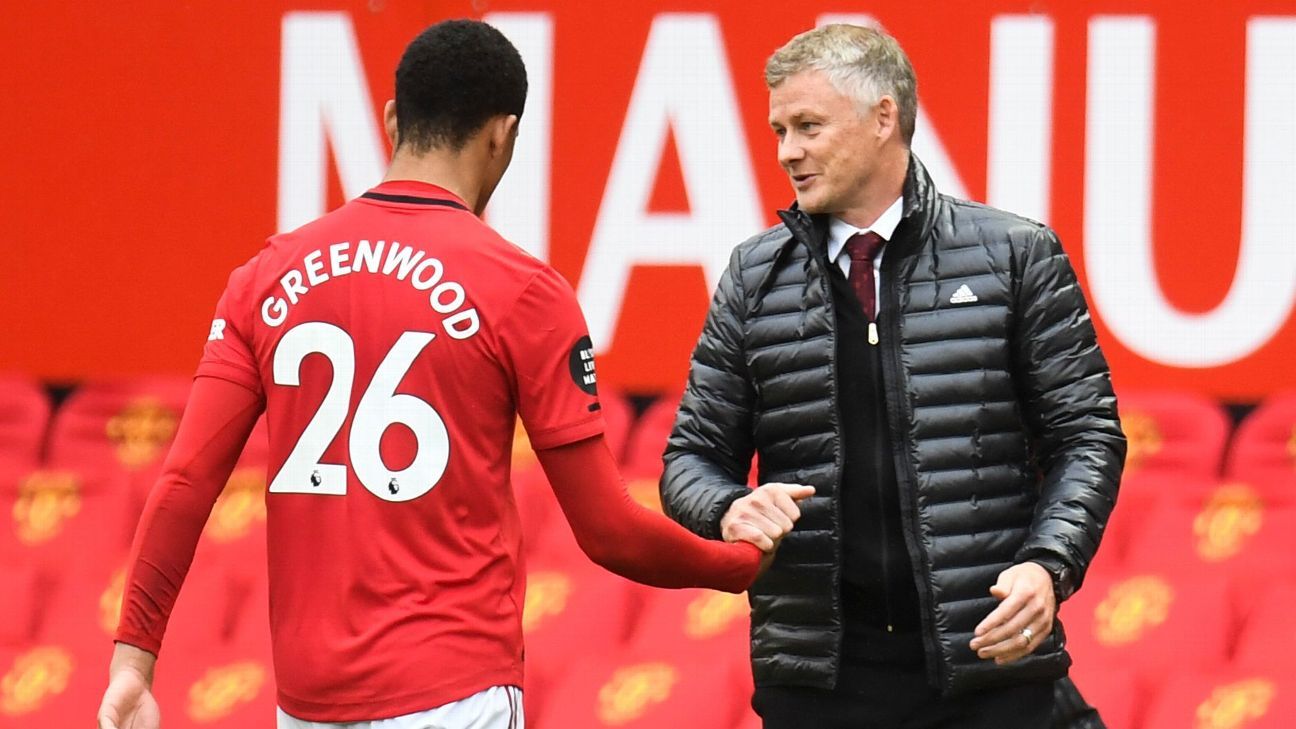 Manchester United continued their excellent post-lockdown form with a 5-2 thumping of stricken Bournemouth on Saturday.

United’s invigorated front three of Mason Greenwood, Marcus Rashford and Anthony Martial grabbed the headlines by each contributing goals to the rout as they helped extend their team’s unbeaten streak to 16 games across all competitions.

Rashford and Martial both scored to take their individual tallies past 20 goals for the season — the first time a United strike duo have passed said milestone since Dimitar Berbatov and Javier Hernandez did likewise back in 2010-11.

However, they were both eclipsed by a headline-snatching performance from 18-year-old Greenwood, who helped himself to a clinical brace on just his seventh Premier League start to reach 15 goals in 41 appearances across all competitions this season.

Here’s a collection of stats that make the striker, who was only born in October 2001, stand out.

He didn’t cost a thing 🌟 pic.twitter.com/Opmfwk3R09

1. Five more goals would be special

Should Greenwood manage to score another five goals during the remainder of the campaign, he will help to break a long-standing club record.

Providing the teenager can join Rashford and Martial by passing the 20-goal barrier it will be the first time that three United players have done so in the same season since 1964-65, when Denis Law (39), David Herd (28) and John Connelly (20) did likewise.

Big ask for Mason Greenwood to score five more goals this season but if he does it will be the first season three #mufc players have hit the 20-goal mark since 1964-65. Law got 39, Herd 28 and Connelly 20.

2. He is the fourth youngest player to reach seven goals in the league

Greenwood’s goals against Bournemouth took his league tally to eight this season, which sees him join some incredibly illustrious and prolific company in the teenage scoring stakes.

Of all players aged 18 and younger, only Michael Owen, Robbie Fowler and Wayne Rooney have ever scored more goals in a single Premier League campaign.

5 – The top five most goals by players aged 18 or younger in a single Premier League season. Famous. pic.twitter.com/DAyn9SD9Jy

On June 30, before his Bournemouth brace, Greenwood had already scored 13 goals for United in all competitions, which is one more than Rashford managed for the club before he turned 19.

5. Three is the magic number

The Bournemouth victory was the third time since Christmas that Greenwood, Rashford and Martial have all scored in a Premier League game, with one of the three scoring twice on each separate occasion. Quite the partnership they’re drumming up.

Steve Nicol says Mason Greenwood’s play will make it tough for Ole Gunnar Solskjaer to drop him from the side.

By getting on the scoresheet against the Cherries, United’s front three of Greenwood, Rashford, Martial (54) surpassed Liverpool’s attacking trident of Mohamed Salah, Sadio Mane, Roberto Firmino (51) for goals this season — at least for the time being.

Feels like it has gone under the radar that Greenwood, Rashford, Martial (54) have surpassed Salah, Mane, Firmino (51) for goals this season.

7. Pretty good across Europe too

Only five of the top teams in Europe can boast three players who have scored more goals combined than Greenwood, Rashford and Martial (55 in all competitions) this season.

Bayern Munich‘s top-scoring trio of Robert Lewandowski, Serge Gnabry and Thomas Muller top the charts with 83 goals between them.

PSG are next thanks to Kylian Mbappe, Mauro Icardi and Neymar pitching in with 68 goals, followed by Man City (64 goals), RB Leipzig (60 goals) and Barcelona (57 goals).

United are next on the list at time of writing, joint level with Cristiano Ronaldo‘s Juventus.

Hacked! – Treat Yourself to Hulu for $2 This Black Friday