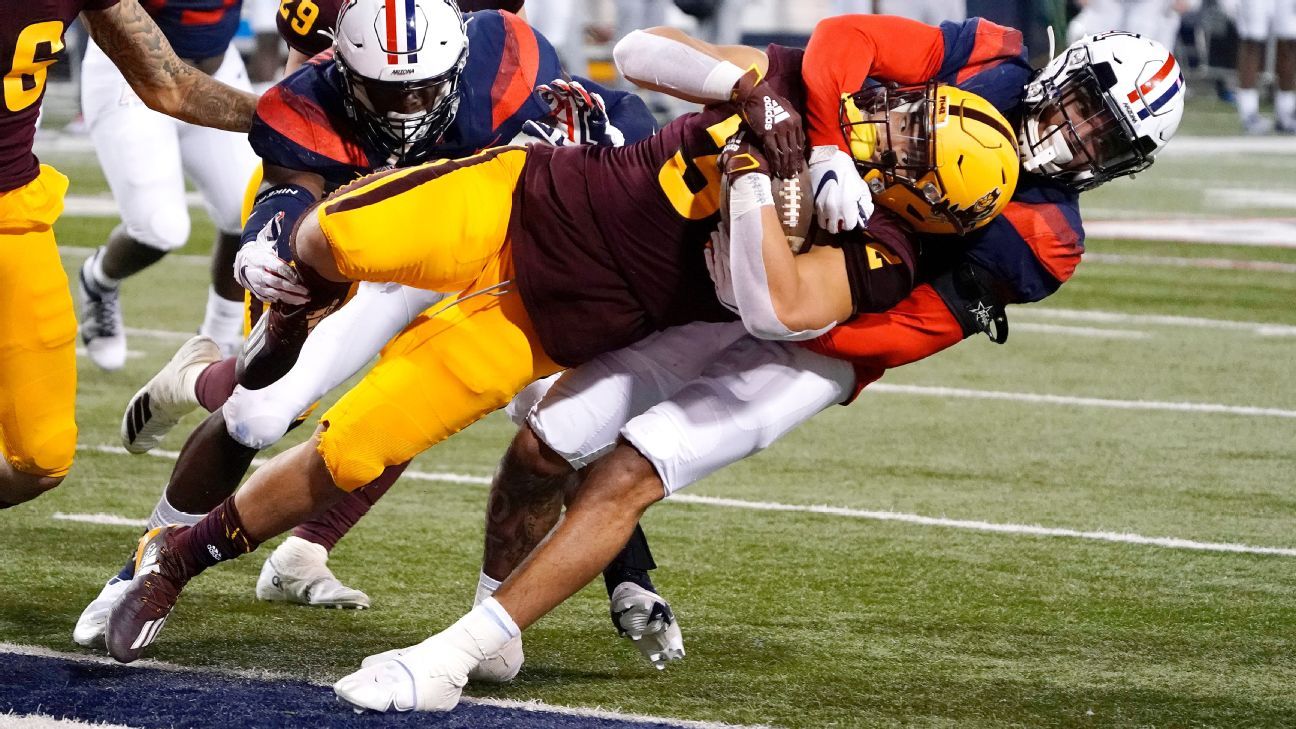 Friday night’s game had long been out of reach when Arizona State‘s Jackson He scored on a 1-yard run in the fourth quarter.

Arizona State’s players acted as if he had just scored the winning touchdown against rival Arizona.

A walk-on, He is believed to be the only Chinese-born player in the Football Bowl Subdivision, and the Sun Devils have celebrated his heritage by putting his name in Chinese on the back of his jersey.

The redshirt junior entered in the fourth quarter Friday and, after Rachaad White stepped out at the 1 to give his teammate a chance to score, bulled through a defender into the end zone for what Arizona State said was the first touchdown by a Chinese-born player in FBS history.

He pointed to the back of his jersey and was mobbed by teammates after the score. The support continued with tweets from around the world, long after Arizona State’s 70-7 road victory.

“I’ve already received a lot of messages,” said He, who picked Jackson as his American name because he’s a Michael Jackson fan. “I strongly feel their love for this game and for me. I’m so grateful.”

Sports Today – ‘If not now, when?’: Black MLB players past and present on...

Hollywood Today – Citizens Rise Up: A Timeline of the Global Protests

Hollywood Today – The Cast of The Virgin Suicides, Then & Now