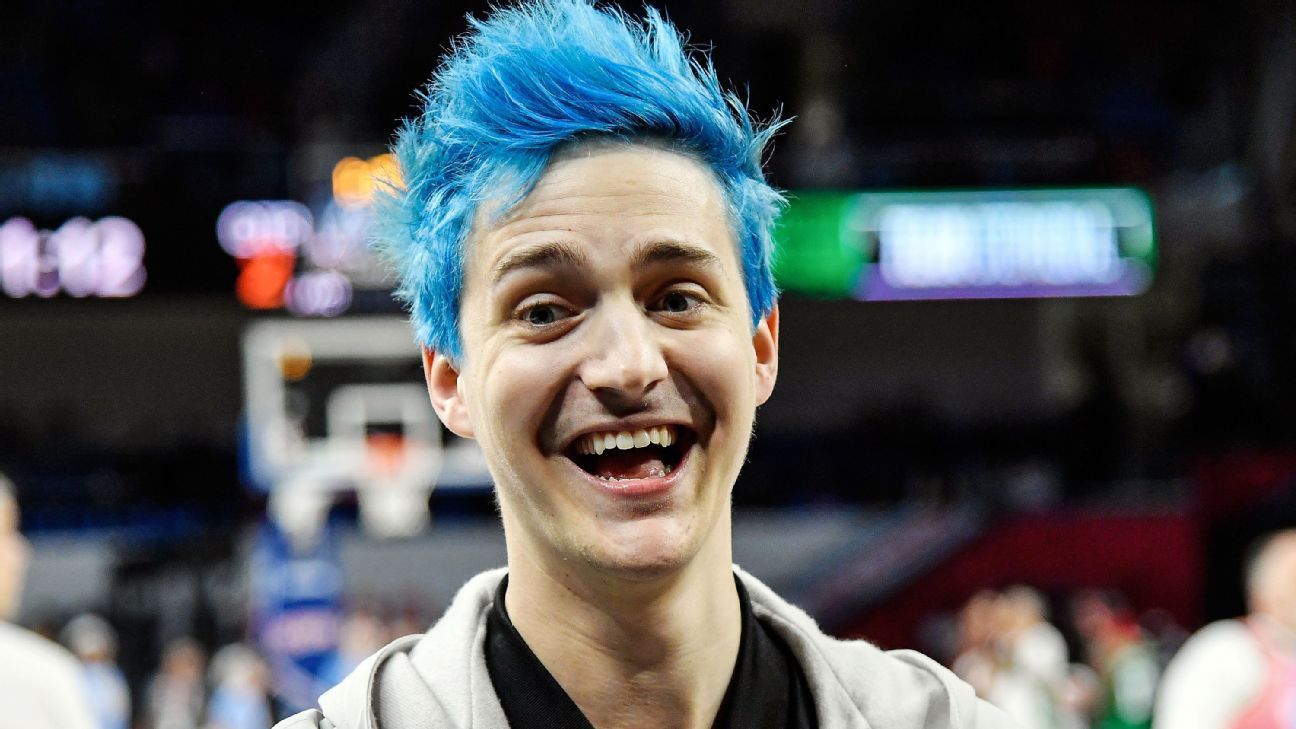 We’re only two months away from the one-year anniversary of one of the biggest shifts in gaming history, when Ninja decided to take his talents to Microsoft and join Mixer as his exclusive streaming platform. Blogs and content churners everywhere were preparing to create “what was Year 1 in the Ninja era for Mixer like?” posts. Many would even go so far as to say Mixer was on its way out.

But few would have predicted what happened on Monday.

In a surprise announcement, Microsoft flipped the Mixer door sign to closed, partnered up with Facebook Gaming to try and give the streamer base a soft landing (but also to connect their Microsoft xCloud cloud gaming service to the platform) and dropped a bombshell on the entire gaming industry.

There is so much to unpack about this announcement. First, I want to be clear: this is not news to celebrate. The fewer platforms there are, the more difficult it is for streamers to work. I especially feel for the hard-working, rise and grind, emerging- to mid- tier streamers who made Mixer their home. They worked so hard to create a community and now they have to start almost all over again on a different platform, and that’s very scary. The content game is not easy. It LOOKS easy sometimes, and the idea of playing video games all day to an outsider sounds like the most fun job in the world, but if you even have a toe in the gaming industry you know that is not the case. It’s hard work, it’s exhausting, and it doesn’t come easy. Good vibes to those streamers, I hope you keep your audiences and your passion as you find your new platforms. Facebook Gaming is offering $2,500 for Mixer Partners who move over to fb.gg. Know what the parameters are, read every document — in fact have a lawyer read it before you sign anything. If it’s the best decision for you, awesome! Gothalian, for example, decided to move to Facebook Gaming after also signing with Mixer last year.

Two people who WON’T be making Facebook profiles anytime soon are Ninja and Shroud. They declined offers reported to be double what they were making on Mixer (in the ballpark of $60 million for Ninja, $20 mil for Shroud) . My first reaction to hearing that was that money doesn’t motivate them anymore — they have more than enough to last for several generations. No, it’s about something different. What can it be? Legacy? Status? Impact?

Let’s focus on Ninja for a second — there is no denying that when he made the jump to Mixer, it was transformative. He was truly the first major signing of a top streaming talent that was paid out to that degree by a platform. Not only that, it effectively began the “Streamer Wars”. Suddenly, streamers were valuable commodities. If you were a draw, pulling in great numbers, you were in line for lucrative deals worth millions a year. Shroud follows Ninja to Mixer. CouRage goes to YouTube. Dr. Lupo stays with Twitch. So does timthetatman and Dr. Disrespect. Ewok heads to Mixer. DisguisedToast and Zer0 sign with Facebook Gaming. You get the idea. But it wasn’t just the money, it was peace of mind — they didn’t have to worry about subscriber counts and viewership anymore, where taking a weekend off could cost you $200,000 in subs. They just streamed. They had a schedule. Quality of life. It was the stream dream.

For the 10 and a half months that Ninja streamed on the platform, he heard the same loud, repetitive complaints. He’s washed. His career is on the decline. Mixer is a dead platform, Ninja is buried in obscurity. When I hear this, the two words that come to mind are “just wait”. The criticism in large part sounded more like hopeful desires from jealous critics than fair analysis. I think –and this is just a guess — it bugged him. I think he feels like he has something to prove. To quote Jay Z, “Allow me to reintroduce myself”. Ninja is still mainstream. He’s on the cusp of being an A-list celebrity. In truth, he doesn’t really need gaming anymore. But he LOVES gaming. He loves video games. And now, he wants his streamer crown back.

If the Mixer announcement changed the industry in the way streamers were negotiating for their futures, Ninja’s next destination could change the industry in the way the streaming landscape is viewed. There are three major options I can see here: one, he makes his own platform. He has the money, maybe he wants to own it all, and this would also help other streamers, essentially replacing one platform with another. Will he rival Twitch? Not yet, but who better to create a business like this than him? The other two options are more immediately lucrative: he can return to Twitch, set records with his return stream and rebuild very quickly the empire he once had (look at how many people were in his Twitch chat the day Mixer closed). He is the WWE main event superstar in the Attitude Era who grabbed the bag in WCW for a year then returned triumphantly to WWE once WCW folded, and nobody batted an eye.

The other option, which I personally find very intriguing, is to join YouTube. This entire time, Ninja’s VODs were still there, on his massive YouTube channel that boasts 23.7 million subscribers. Joining YouTube would consolidate his content (live and VOD) into one platform, leverage his already incredible subscriber base, and would make YouTube a legitimate contender for the throne. Mixer just didn’t have enough juice after the first wave of (albeit impressive) signings. YouTube already has juice. Twitch cannot compete in the VOD space with YouTube right now. YouTube is seeing impressive numbers for viewership in esports events that also air simultaneously on twitch (my colleague Tyler Erzberger notes, the LCS, League of Legends’ North American league, is a perfect example of this). YouTube is actually in many ways a more comfortable viewing experience — you can rewind, pause, go live with ease. Ninja signing with YouTube would also bring the backing of Google. Twitch is still very much in the lead in terms of live streaming market share, but signing Ninja would be a large signal of intent.

Whatever the decision is, We’ll be watching. We are entering the second chapter of the Streamer Wars, and Ninja’s next decision will set the course.

Quick hits from around the Battle Royale world

1) Speaking of Ninja, he was the first streamer to receive a skin in Fortnite as part of the Fortnite Icon Series. The latest, which debuted on June 22, is Australian YouTuber Kathleen “Loserfruit” Belsten. The skin looks great! The activation overall is a wonderful idea and a brilliant way to bring streamers in for further collaboration.

Grab the Loserfruit Set before it rotates out of the Shop tonight! pic.twitter.com/IYWkPghqZG

2) Ninja Battles, Ninja’s Fortnite tournament series, is on hiatus for the time being, but Andbox, the company that owns the Call of Duty League’s New York Subliners and the Overwatch League’s New York Excelsior, have announced a $50k “Battle of the Boroughs” Fortnite tournament starting June 27. Eight neighborhoods from New York City and New Jersey will roll up their sleeves as they board the party bus ready for battle. And when I say battle, I mean it totally feels like the New York people will just pile on the Jersey people. Here’s how you can register.

4) The Apex Legends Lost Treasures event has begun! With it comes the newest patch bringing a whole host of changes, including significant changes to Lifeline. Her healing prowess just got a major buff. When Lifeline uses D.O.C. to heal a downed teammate, she can also begin healing someone else. Her Care Package ultimate will also now contain many more items, like more healing kits. On the competitive front, The Apex Legends Global Series Summer Circuit kicked off with Super Regional 1 on June 21. The Yeet Squad, consisting of Nicewigg, Socks and bowser, outlasted the rest to claim first prize and $6,000 of the $10,500 prize pool. Winningest Apex competitive squad TSM took third while Rogue were the runners up.

5) Warzone Weekends on the Call of Duty League broadcasts have been very fun to watch. I like what CDL is doing in terms of variety, from teams the first time around (and Paris Legion camping their way to victory) to captains choosing squads from a talent pool, to solos this past weekend. It’s pre recorded, so we get nice editing, it’s a good presentation with lots of fun plays. Now I know that planting a C4 onto a helicopter and waiting until an opponent flies away before setting it off is a highlight reel play. Or stashing a C4 into a vehicle, driving it towards an enemy, jumping out then setting it off as it rolls by the opponent … that’s also 200 IQ. Warzone Weekend is a hit. Well done by the CDL and everyone involved.

Good vibes and acts of kindness!

Hacked! – How to Bake Bread