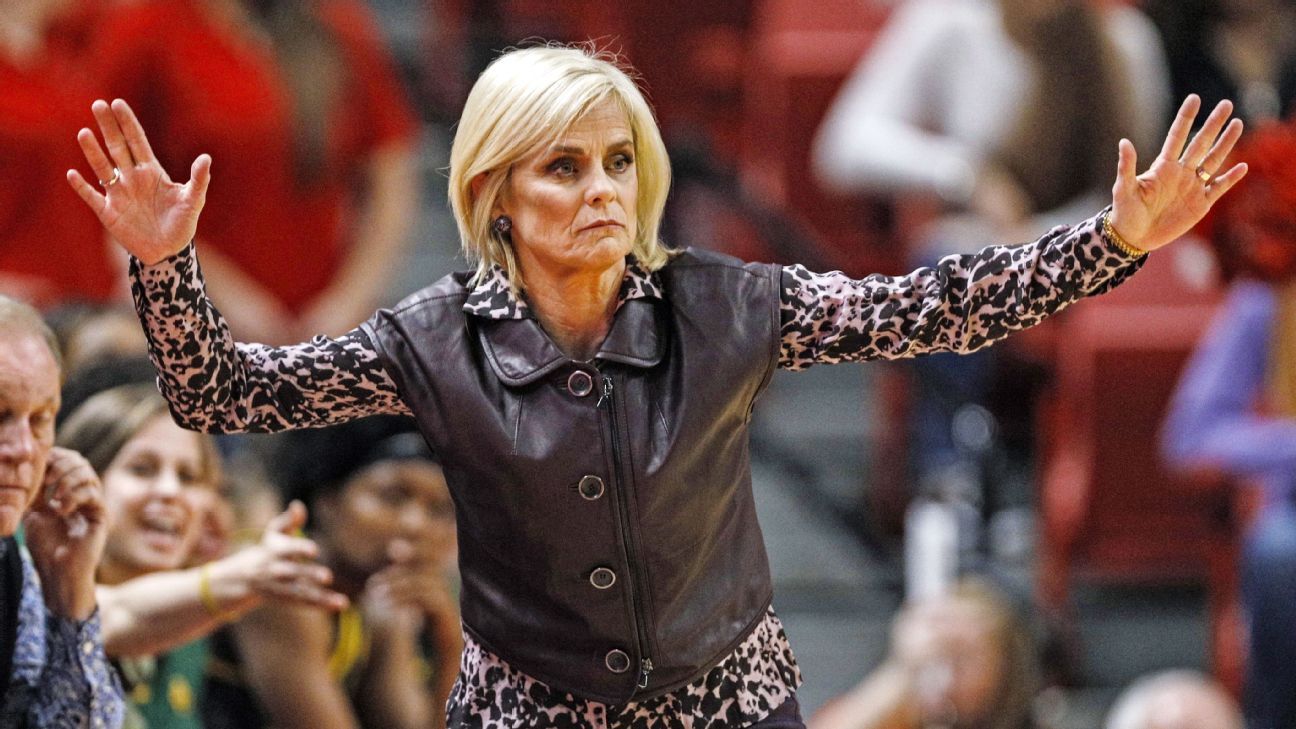 Baylor coach Kim Mulkey reached 600 career wins in fewer games (700) than any other Division I men’s or women’s coach with the No. 2 Lady Bears’ 77-62 victory over Texas Tech on Tuesday night in Lubbock, Texas.

The Lady Bears broke open a tie game by scoring the first seven points of the fourth quarter. They extended a pair of Big 12 records with their 54th consecutive league win and 43rd straight road victory in conference play.

Mulkey, who has three national championships in her 20 seasons at Baylor, now has a 600-100 record.

“If you’re talking about win No. 600, that means I’ve coached a lot of great players, (I have) had stability in my coaching staff. They bring those great players to Baylor, and I’m getting old,” Mulkey said ahead of the game. “That’s what (that) means: I’m getting old.”

Mulkey last week became a finalist in the coach category for the Naismith National Basketball Hall of Fame for the second time in three years. There are eight finalists for the 2020 class, which will be announced April 4.

Sports Today – Ringside Seat: Halloween spotlights a ‘Monster,’ a ‘Tank’ and a future...

Hacked! – Are TikTok and Other Chinese Apps Really Stealing Your Data?

Hacked! – Is 5G Safe or Dangerous? Here’s Everything You Need to Know

Trending – Binge on more than 300 classic Filipino movies in this streaming platform...