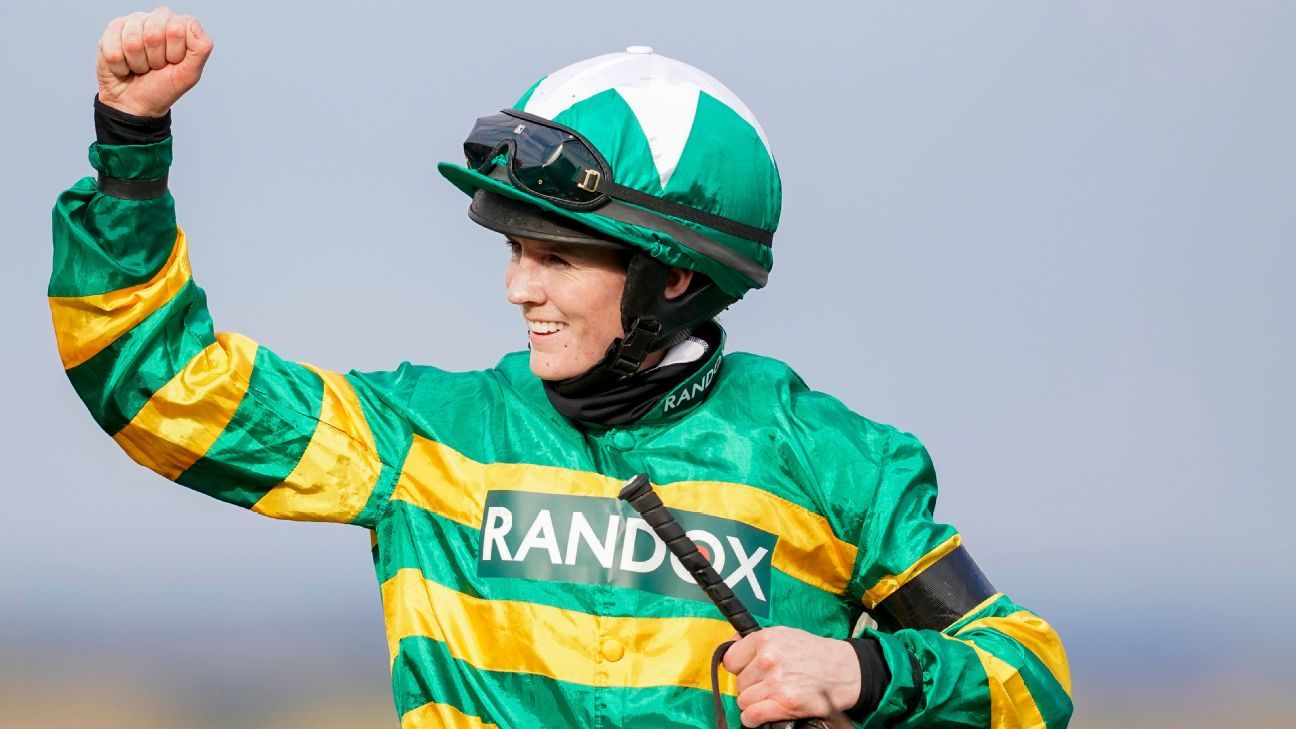 Rachael Blackmore made Grand National history by becoming the first female jockey to win the race as she steered Minella Times across the finishing line at Aintee on Saturday.

The Irishwoman, who became the first female leading jockey at the Cheltenham Festival last month, timed her finish to perfection as Minella Times surged ahead after the 30th and final fence.

Minella Times, priced at 11-1, never looked threatened in the charge to the finish 100-1 shot Balko Des Flos coming second and Any Second Now in third place.

The closest a female jockey had previously come to winning the most famous steeplechase in the world was Katie Walsh on Seabass in 2012 when she finished third.

“I cannot believe it,” Blackmore said. “He was a sensational spin. I’m so lucky to be riding. It is unbelievable.

“He was just incredible and jumped beautifully. I tried to wait as long as I could. When I jumped the last and asked him for a bit, he was there.

“I don’t feel male or female right now, I don’t even feel human. This is just unbelievable.”

This year’s race took place in front of empty stands because of COVID-19 restrictions.

Female jockeys have only been allowed to enter and race in the National since 1975, when the Sex Discrimination Act was passed. Blackmore is the 20th female jockey to compete in the race.

Information from the Associated Press contributed to this report.

Sports Today – How Penn State can make the leap to elite, and more...