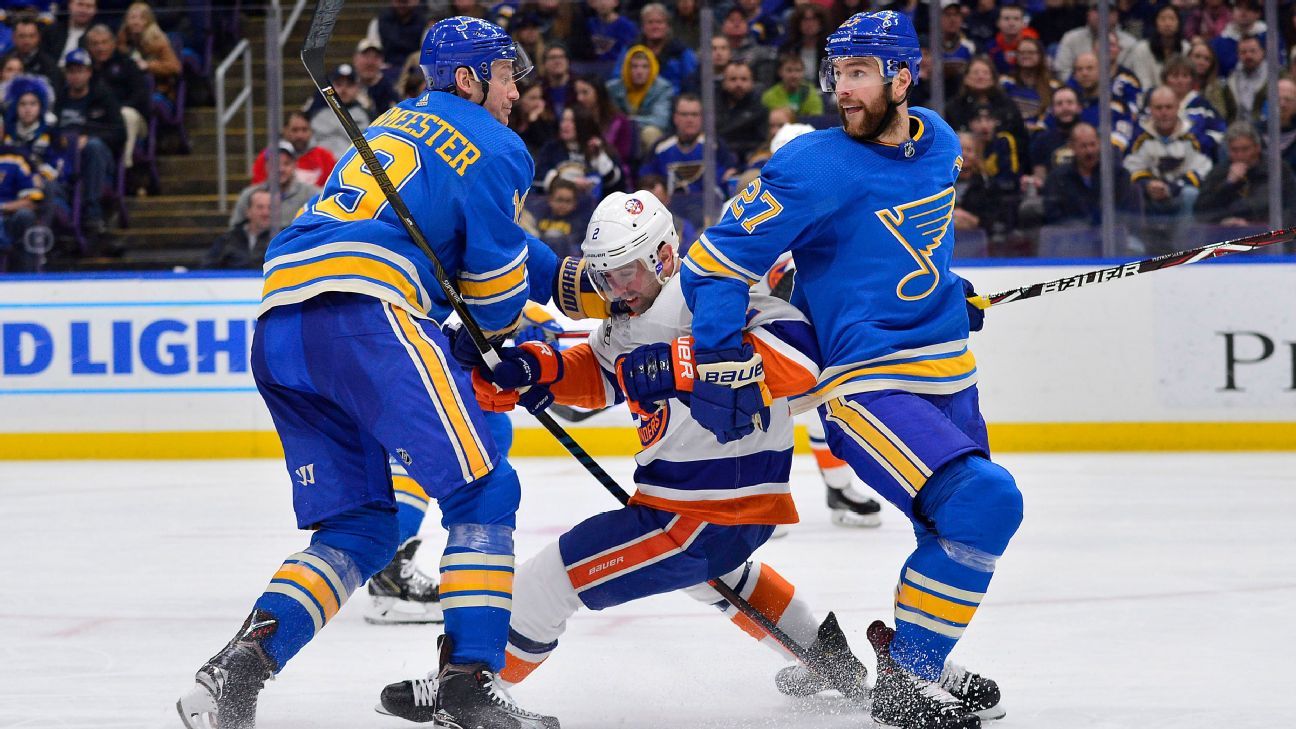 Bouwmeester remained at the UC Irvine Medical Center on Wednesday and is undergoing a battery of tests to determine what happened, although Armstrong classified the early results as “very positive.”

Armstrong said that Bouwmeester became unresponsive after he collapsed on the bench during the first period and medical personnel at the Honda Center used a defibrillator to revive him.

“Jay regained consciousness immediately and was transported directly to the hospital,” Armstrong said. The game was postponed and Armstrong said the league is working to schedule a makeup date.

“It’s hard to even explain. It happened so fast,” Blues captain Alex Pietrangelo said. “It felt like an eternity for us. We reacted as fast as we could. [The medical staff] was impressive to see. It’s not easy to see anybody go through, let alone a close friend and teammate.”

Pietrangelo visited Bouwmeester in the hospital on Tuesday night and said his teammate was in “good spirits.”

Bouwmeester had recently completed a long shift and was on the bench when he appeared to reach for water and collapsed. Pietrangelo and teammate Vince Dunn were closest to Bouwmeester, and immediately began waving and yelling for help.

The Blues stayed overnight in Orange County but traveled to Las Vegas on Wednesday. St. Louis, which is currently hosting its annual Dad’s Trip, play the Golden Knights on Thursday. Bouwmeester’s father was on the trip. Armstrong said he called Bouwmeester’s wife, immediately. She was not watching the game.

Armstrong said that Golden Knights president George McPhee helped arrange for counselors to be available to the Blues in Las Vegas as they processed the incident.

In his 17th NHL season, Bouwmeester ranks second among active defensemen with 1,241 career games played — trailing only Zdeno Chara (1,540) — and is fourth overall behind Patrick Marleau (1,709) and Joe Thornton (1,622).

Bouwmeester, a first-round pick of the Florida Panthers held one of the longest ironman streaks in NHL history, with 737 consecutive regular-season games played until a lower-body injury in 2014. He missed time in 2015-16 with a concussion, and a hip injury ended his 2017-18 season. He played all but four games last season and hasn’t missed a game this season.

The Blues in April signed Bouwmeester to a one-year, $3.25 million deal for this season.

The NHL has a lengthy list of emergency medical standards, including language that require that at least two doctors must be in attendance for every game, and one must be within 50 feet of the bench. A defibrillator must also be available, as well as a triage room and ambulances on call.

The most recent player to collapse on an NHL bench was Dallas Stars forward Rich Peverley in 2014. Peverley had an irregular heartbeat, and the quick response of emergency officials ensured he was OK. Detroit’s Jiri Fischer collapsed in 2005, and medical personnel also needed to use a defibrillator.

Sports Today – Five questions for Week 20 of the Overwatch League

Hacked! – It’s Nuts How These 6 Nuts Look Before Processing