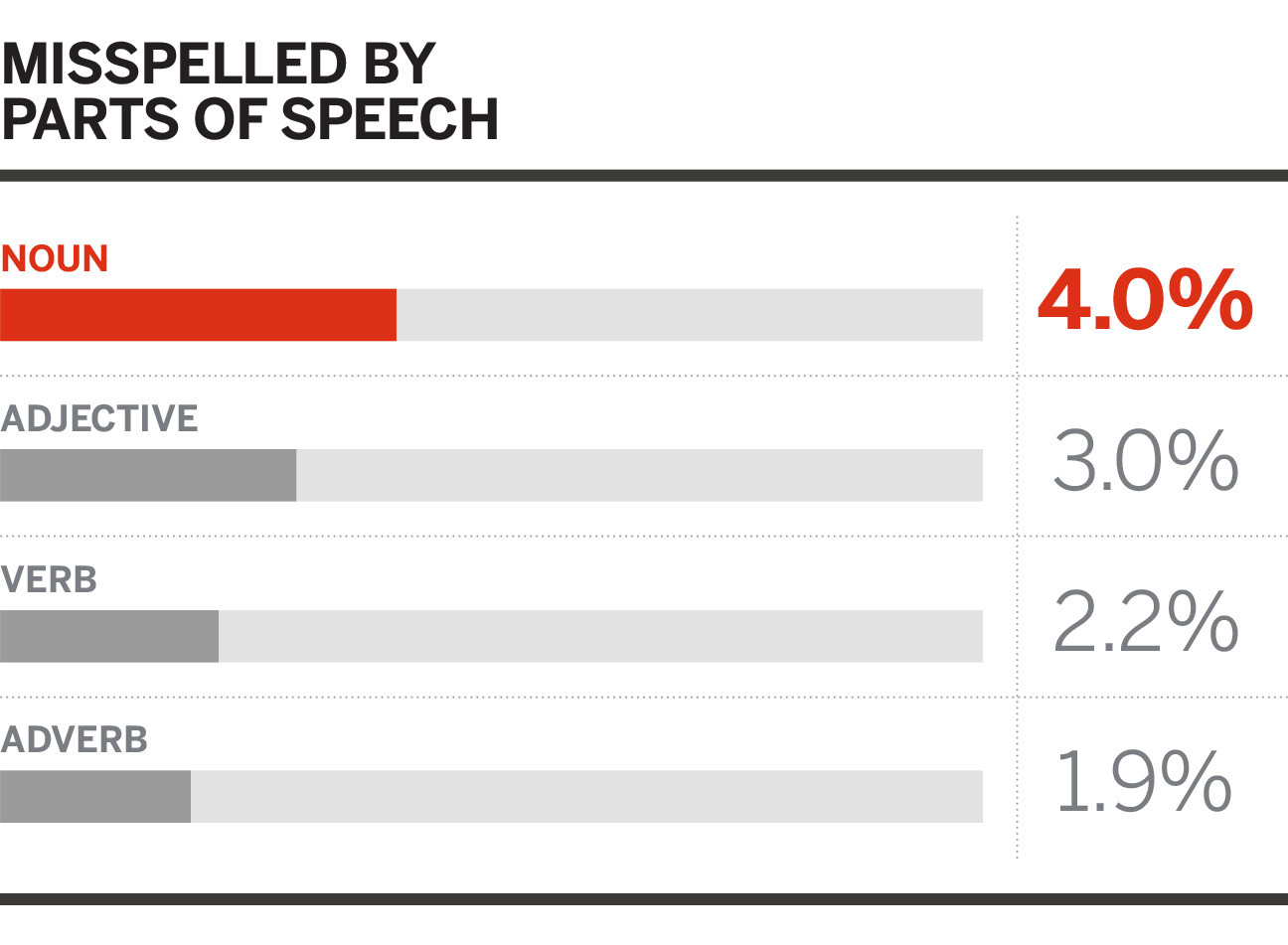 WARNING: This story contains mature language: Some of the words are derived from ancient Greek.

On May 31, the Scripps National Spelling Bee Finals will once again ensorcell philologists everywhere, as prepubescent phoneticians scribble invisible letters to solve orthographic logogriphs. Kids spell hard words! So The Mag held a wayzgoose (gathering of printers) to determine the trickiest characteristics of recent Bee words, from the number of letters to the type of word to the classic question of Greek versus Latin origin. Yes, our great American melting pot has positively made a stew of the English language. Let’s dig in! 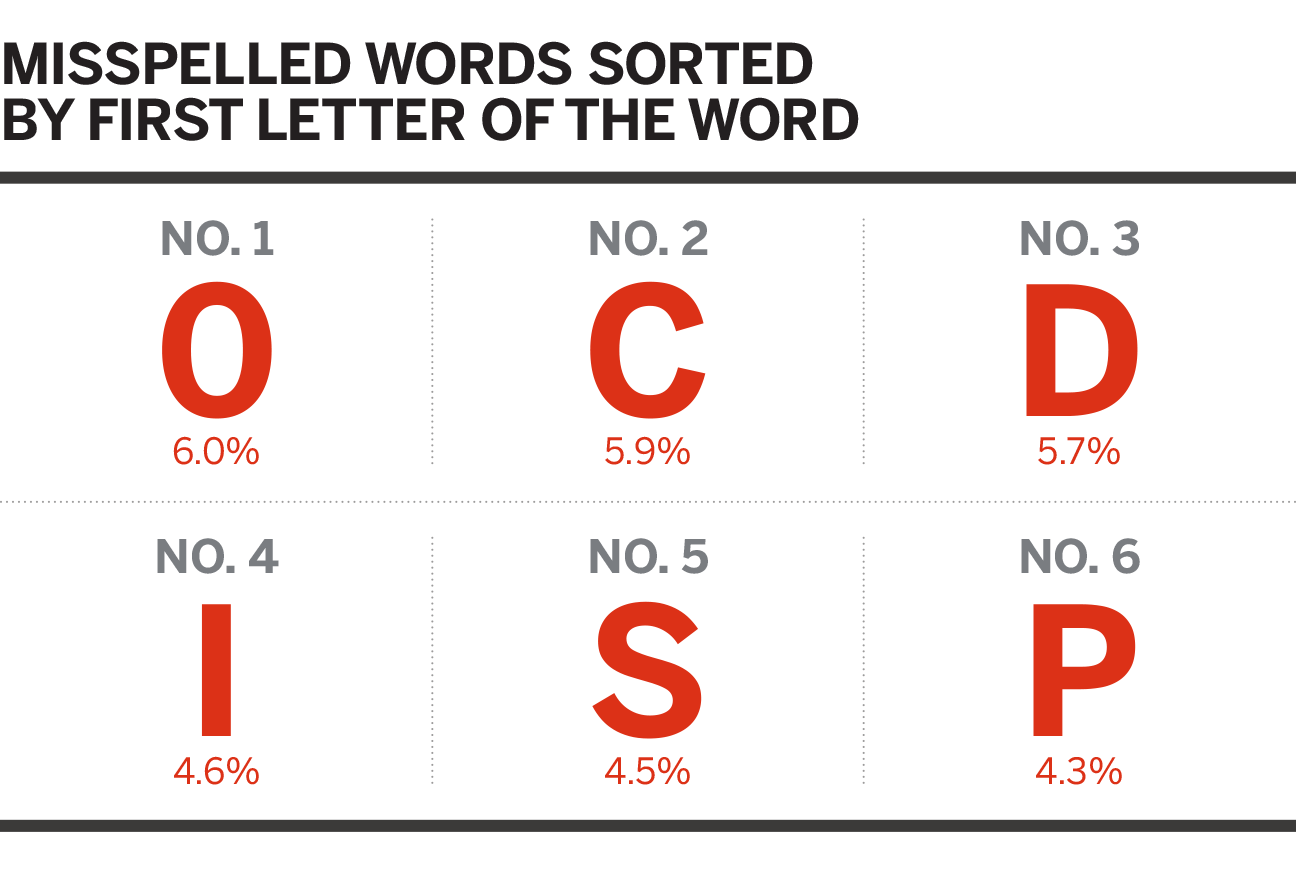 OMG! The letter O sets off the most linguistic landmines (minimum 50 total words), making it more than three times as ornery as user-friendly U words (1.9 percent). 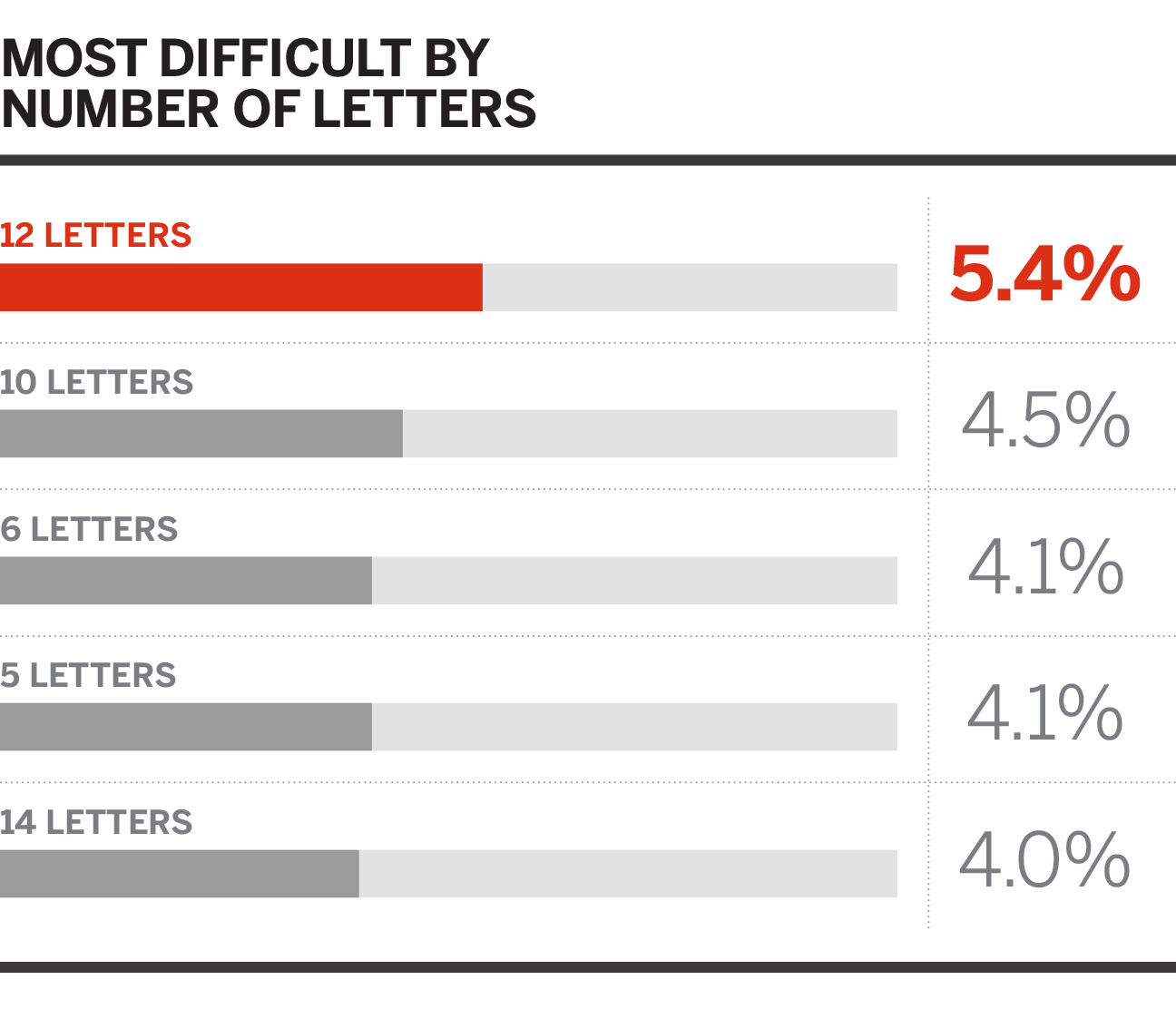 Twelve is a surprise, as longer words should be more easily broken into components. Hmm, maybe these dirty dozens had six- and five-letter components. 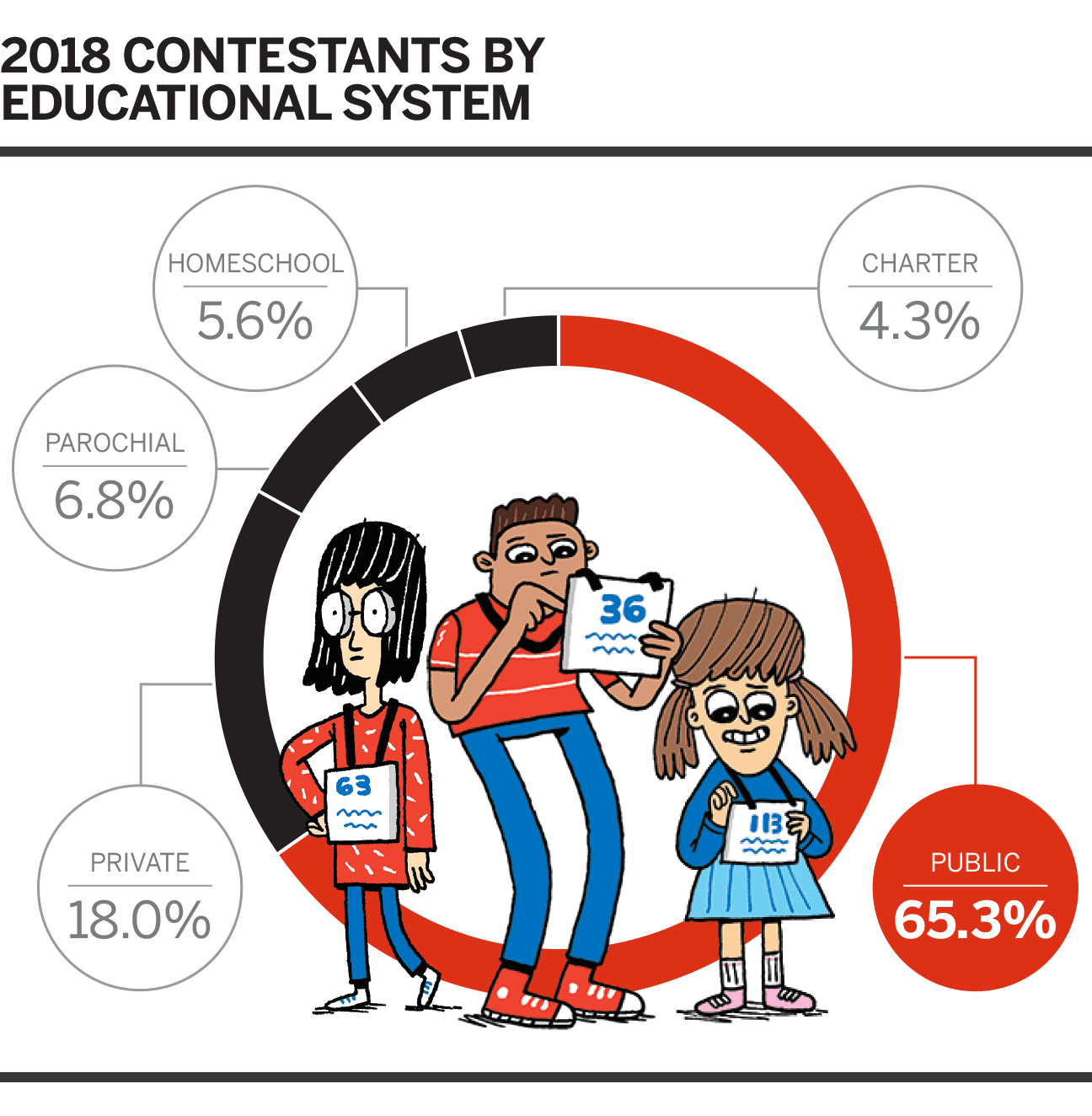 Parents. P-A-R-E-N-T-S. Parents. Homeschoolers, who comprise just 3.4 percent of America’s schoolchildren, have won an outsized 9 percent of Bees in the last 20 years. But the biggest outliers are kids who attend private or parochial schools. That group makes up roughly 10 percent of the nation’s student body but 30 percent of champion spellers since 1998. Tuition. T-U-I-T-I-O-N. Tuition. 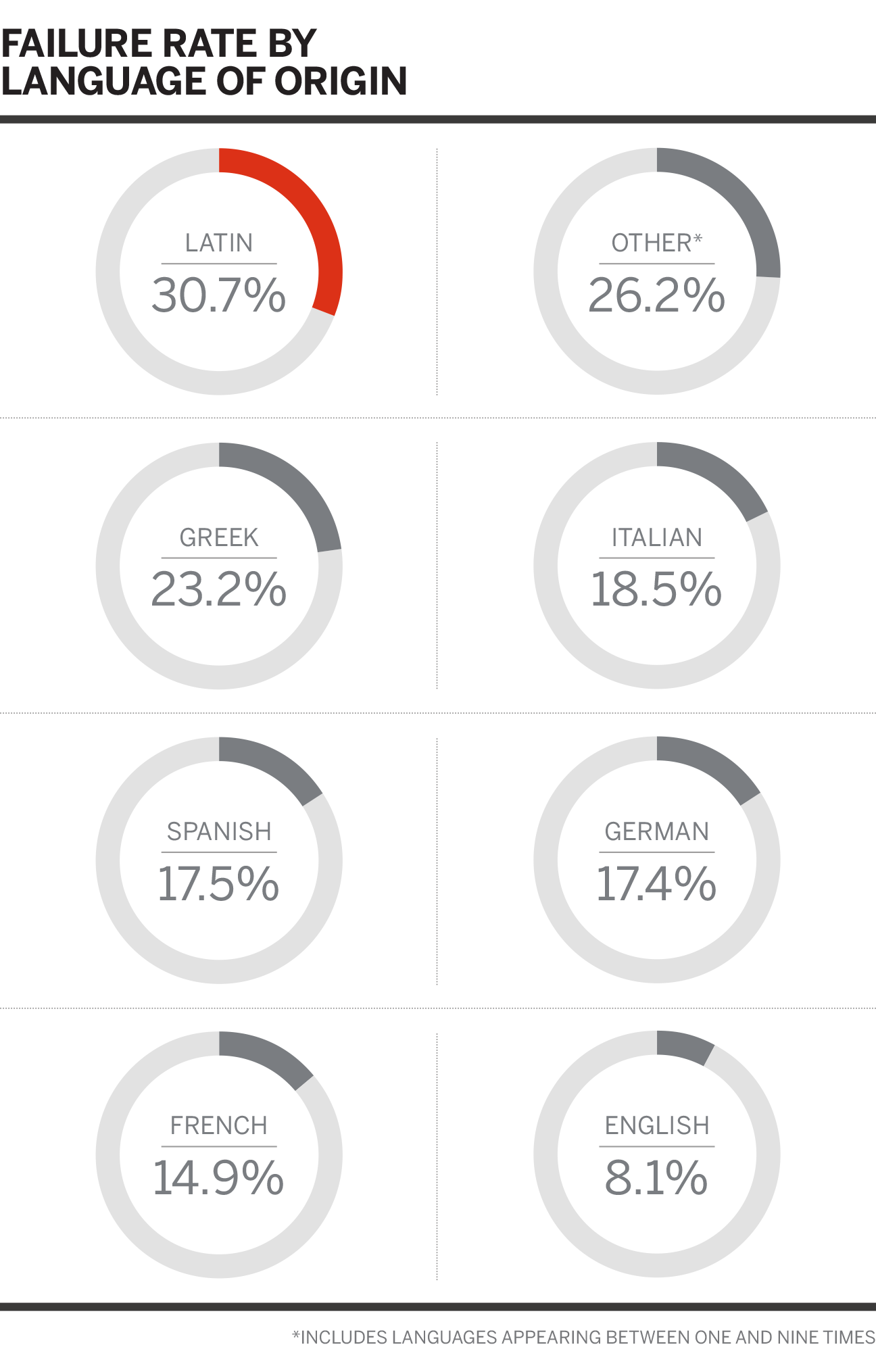 Mind your tongues! Spellers focus on the classics, but deciphering similar Greek and Latin roots still trips them up. And don’t get us started on “origin unknown”!