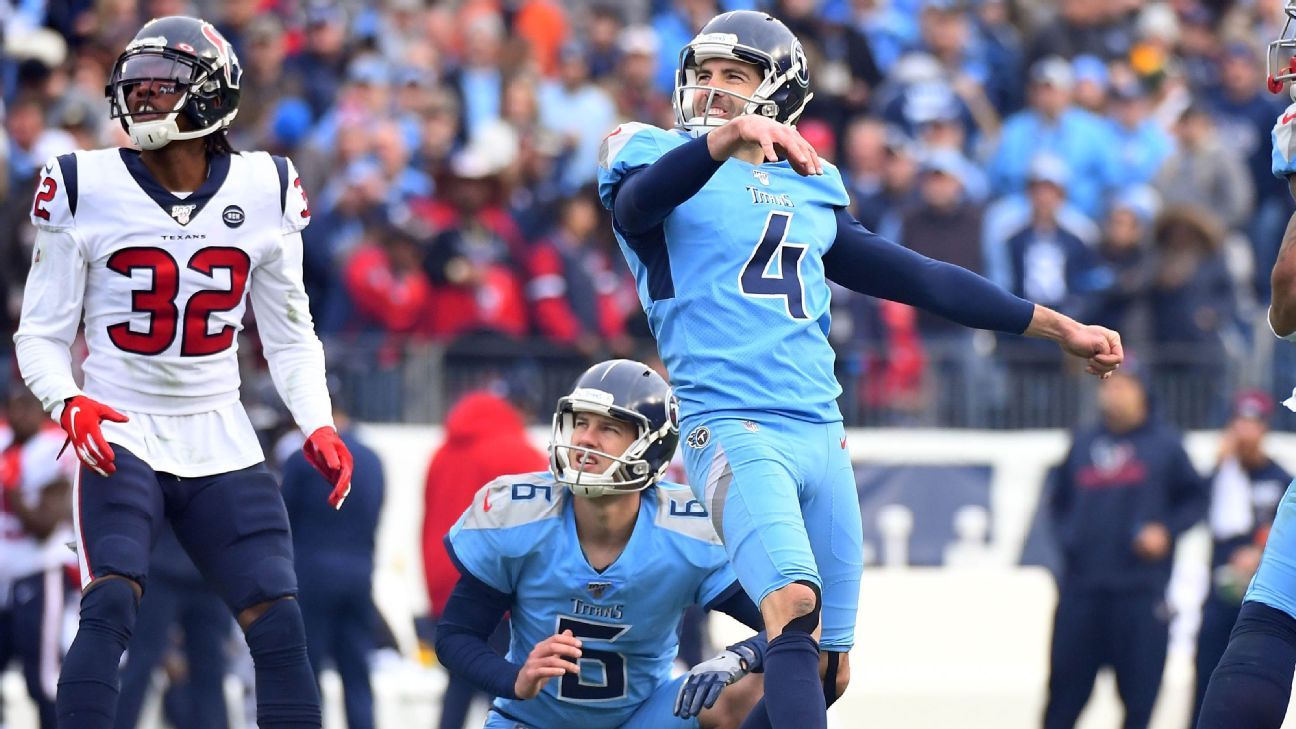 TAMPA, Fla. — The Buccaneers‘ kicking carousel has let one off and another one on.

Fry missed two kicks in the scrimmage, a 49-yard field goal and an extra point. Gay missed a kick from 50-plus yards. Coach Bruce Arians said the Bucs need to see more consistency out of the kicking position.

“We can’t miss extra points,” Arians said Sunday. “We can’t give away the easy points. Kicks inside the 30-yard line should be automatic.

“If you can hit a 56-yarder, that’s great. But when we drive the ball down to the 10 and miss a field goal, there’s nothing that tears a team more apart on offense than just, ‘Hey, we just took the ball down the field. We didn’t get any points.’ So the gimmes — who’s the most consistent? If you can do that and still kick 56, 57, now you’re All-Pro.”

Succop, 33, has spent 11 seasons in the league between the Kansas City Chiefs and Tennessee Titans, making 82% of his career field-goal attempts and 97% of his extra-point attempts. He hit a record 56 straight field goals inside the 50 from 2014 to ’17, according to ESPN Stats & Information.

Arians indicated Tuesday that Succop and Gay will compete for the kicking job before the Bucs are required to trim to the required 53-man roster on Saturday at 4 p.m. ET.

“It’s always a competition when there [are] two guys fighting for a job,” Arians said. “Ryan’s got a really good résumé — he was injured, [now] he’s healthy. I think he [had] the consecutive [made] kick record there for a while. It will be a competition for the next few days.”

Gay’s strength has been on long field goals: He made 5 of 8 attempts from 50-plus yards last season. Most of his struggles have come inside 40 yards and in the south end zone, which is open air, with wind not blocked by the stadium’s ornamental pirate ship.

“That end is open, so sometimes the wind can swirl in and do some different things. Sometimes you feel like it is going one way, and the ball goes the other,” Gay said. “I really think it’s to the point now where it’s just a mental thing. It’s more mental than it actually is what’s going on with the wind or what’s going on with anything, because it’s known around the league that that end zone is what it is. Being able to go in there and hit a good ball — if you’re confident in your good ball, that ball will go through. Make sure you take your line, you trust the line you took and hit a good, solid ball.

“I think that’s the approach for me — and not reading too much into what’s going on there, because I think sometimes you play mind games with yourself.”

Gay is employing a new kicking technique by shortening up his approach in hopes of correcting some of his misses. He’s taking the new competition in stride.

“Competition is the baseline of the NFL. Everybody’s fighting for a job and if you don’t perform, someone’s right there ready behind you, ready to take your spot,” Gay said. “Competition is going to breed success, and I think the potential of our team this year is super high, and I think the kicking position is very important. … If I come in and do my thing and do my part, I feel confident in myself — and take care of what I’m doing — that will be me going into the season.”

From 2010 to 2019, the Bucs had nine different kickers attempt a field goal, tied with the Cleveland Browns for second most among all teams, according to ESPN Stats & Information. Only the Chargers, with 10, had more during that span.

Hollywood Today – Amy Schumer and Son Gene Send Love to Her Dad While...