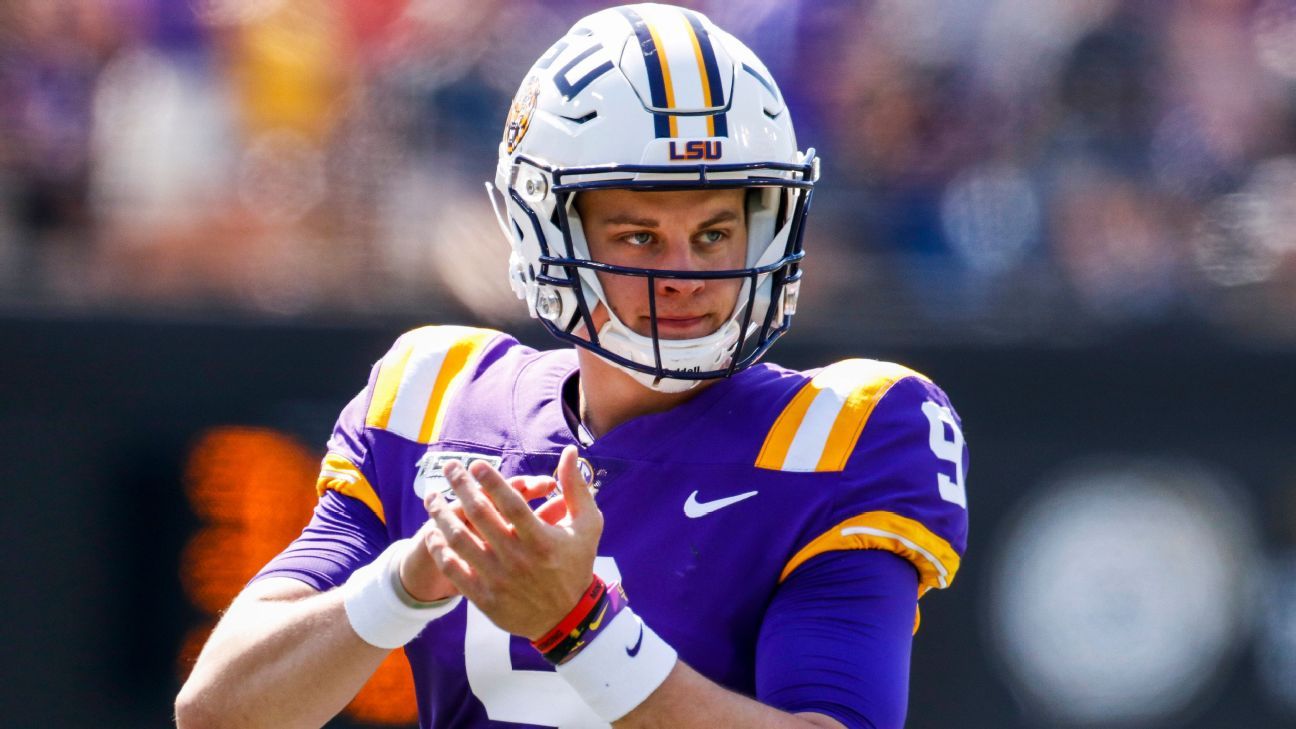 Joe Burrow, the potential top pick in the NFL draft, is flattered by the comparison to Tom Brady, arguably the greatest quarterback of all time.

However, Burrow isn’t exactly embracing a parallel to Brady. When he was asked about NFL Network draft analyst Daniel Jeremiah’s comments that Burrow and Brady share similar mechanics, Burrow demurred in an interview with the network.

“Please don’t compare me to the best player of all time,” Burrow told NFL Network. “Let me do my own thing. Don’t do that to me, please.”

The Heisman-winning quarterback is already entering the NFL with high expectations. In his final season at LSU, Burrow set the Football Bowl Subdivision record for most passing touchdowns in a single season (60) and led the Tigers to an undefeated season and a national championship.

Burrow is projected by ESPN’s Mel Kiper Jr. to be drafted first overall by the Cincinnati Bengals.

The New England Patriots drafted Tom Brady in the sixth round of the 2000 draft. The Michigan product eventually led New England to six Super Bowl victories and is a three-time league MVP.

During his main news conference at the NFL scouting combine last week, Burrow said he’s eager to learn the ropes as he makes the transition from college to the pros.

“I’m going to work as hard as I can,” Burrow said. “When my time comes to be a leader and be a starting quarterback, I’ll do whatever is asked of me.”

Trending – Kapuso stars join voices together as they sing ‘Pagsubok’ in a video...