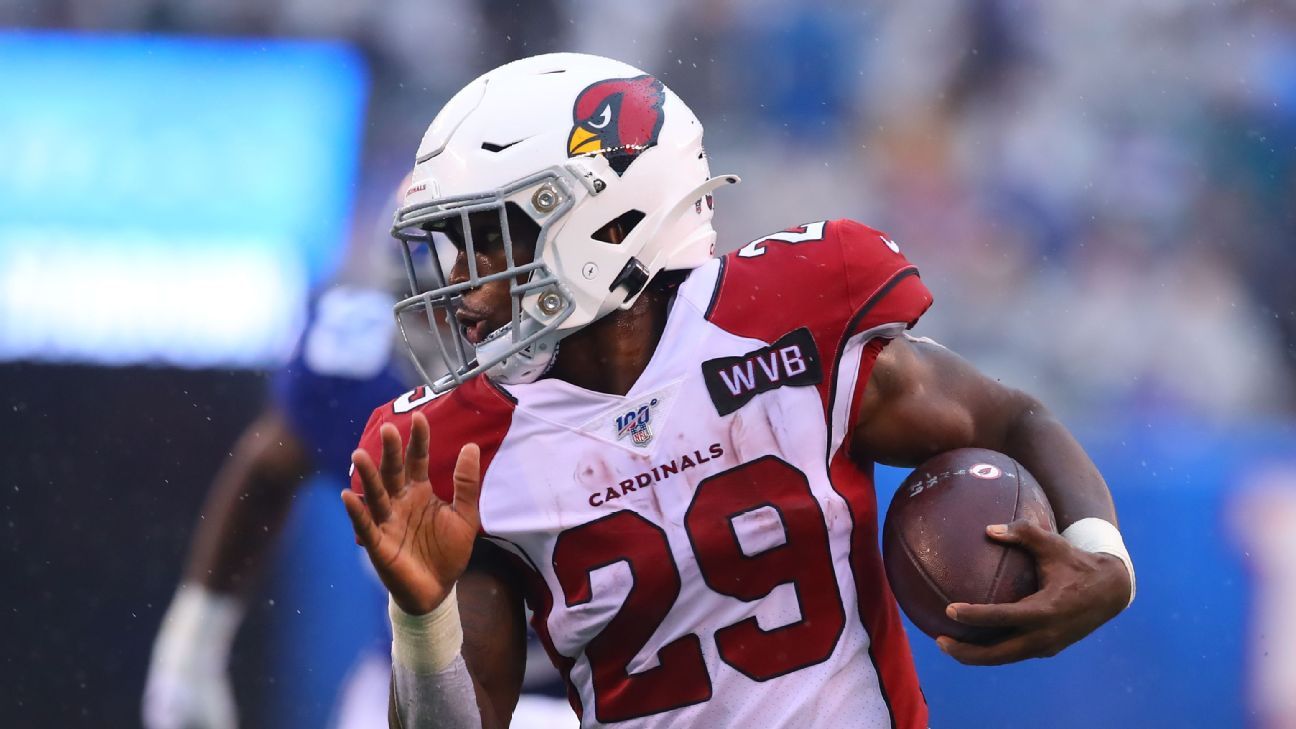 OKC led for the majority of the game before the Suns got close late in the third quarter and pulled away in the final frame.

Devin Booker scored a game-high 19 points and Deandre Ayton had 17 for the Suns. Chris Paul notched 12 points in a losing effort.

With the win, the Suns improved to 4-6 in the simulated season, with three victories in their past five games.

It was the second Suns simulation game involving NFL players. The first happened on March 20, with Los Angeles Chargers wide receiver Keenan Allen controlling the LA Clippers to a 102-59 victory over former Arizona Cardinal Tony Jefferson and his beloved Suns.

This was one of the only simulations presented by the Suns with game commentary turned off, so the full focus could be on Edmonds and Lawson.

Lawson was by far the most animated, expressive player of the athletes who have participated in the simulated regular season, with constant screams of “Come on!” followed by him jumping out of his seat.

Edmonds took a different approach, calmly blaming the game itself. His exclamation, “It’s the game’s fault,” is one gamers know all too well.

Each game broadcast involving athletes, including this one, has consistently exceeded 10,000 combined viewers across Twitter and Twitch. Along the way, the Suns have added a social media bingo card and a pictorial look back at the history of the matchup of the day. One matchup was even broadcast in full on a radio station in Phoenix.

The Suns would have had seven games left on the regular-season schedule, leading up to the finale against the Los Angeles Lakers on April 15. If the Suns continue playing out their season via 2K, the next game would be Friday against the Cleveland Cavaliers. In Monday’s Suns-Cavaliers tilt, Cavs Legion coach Austin Peterson led the Cavs to a 95-87 win over NBA 2K content creator Bud Lane and the Suns.

Sports Today – Sources: Beilein out, Bickerstaff in as Cavs coach

Hacked! – Facebook Aimed for a “Calmer” News Feed After US Election