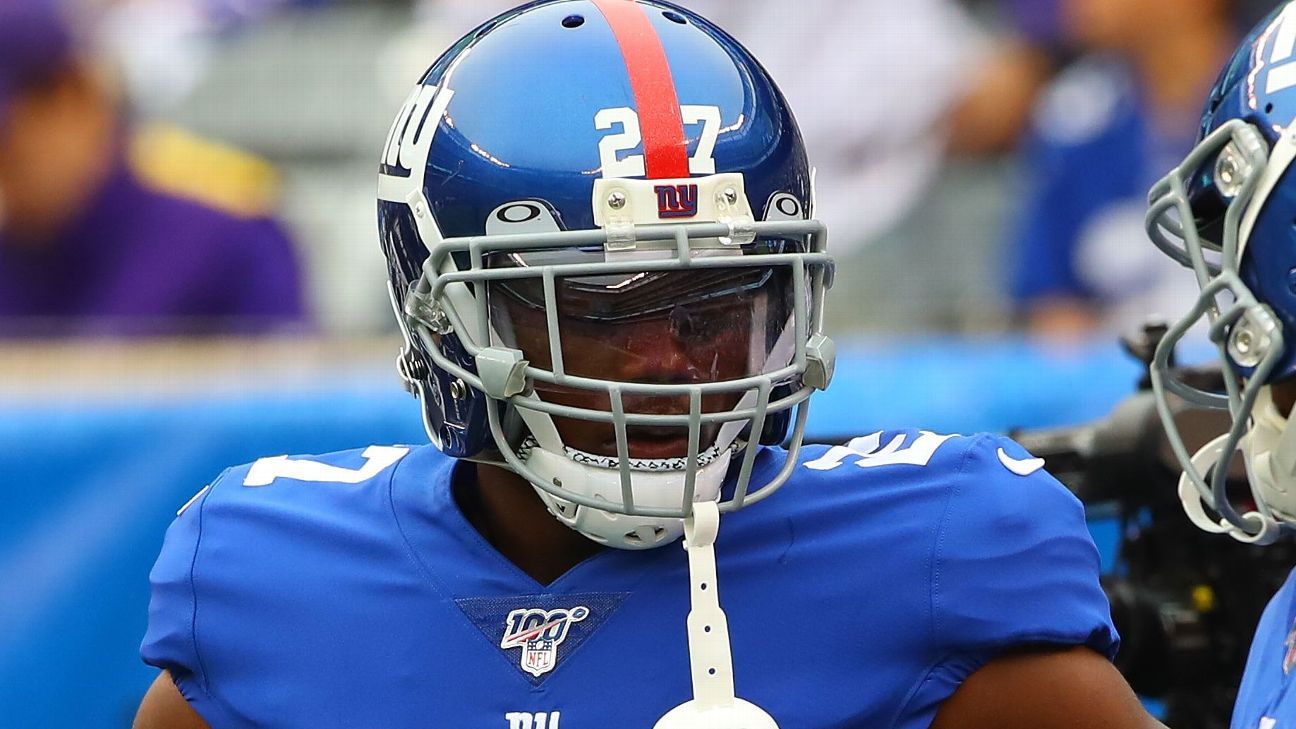 The alleged incident took place late Wednesday night at a party that began Wednesday evening. According to the arrest warrant, Baker and Dunbar are accused of stealing money and watches with force while armed with semi-automatic firearms. It states that Baker intentionally threatened victims with a firearm.

According to the arrest warrant, multiple witnesses said at one point during the incident Baker ordered another suspect wearing a red mask to shoot an individual who was just entering the party.

The warrant includes conflicting accounts from witnesses as to whether Dunbar was armed, with some saying they didn’t see a gun in his possession.

The NFL said Thursday night it is aware of the matter and would have no further comment at this time. The league will review the incident under its personal conduct policy and hand out discipline if warranted.

Baker, 22, was a first-round pick of the Giants in 2019. The Seahawks acquired the 27-year-old Dunbar in a March trade with the Washington Redskins and introduced him to reporters on a video call earlier Thursday. Both players are from Miami.

“We are aware of the situation. We have been in contact with DeAndre. We have no further comment at this time,” the Giants said in a statement.

The Giants traded up to select Baker with the 30th pick in the first round of last year’s NFL draft despite at least two teams flagging him as a risky pick because of his attitude, sources told ESPN. He was benched for effort and performance late in his rocky first season, and the coaching staff had a trust issue with him, sources said.

Baker finished his rookie season with 55 tackles and no interceptions, and he allowed seven touchdowns as the nearest defender, fourth most in the NFL, according to Next Gen Stats data. He was among the candidates to start opposite free-agent acquisition James Bradberry this season.

Dunbar made 11 starts last season and 25 over five years with Washington, which signed him as an undrafted free agent out of Florida in 2015. He has nine career interceptions and six over the past two seasons. He had requested to be traded or released, sources said, because he felt dissatisfied with his contract, which was entering its final year and had a non-guaranteed base salary of $3.25 million.

Shortly before the warrant for his arrest was issued Thursday, he held a 15-minute introductory teleconference call and told Seattle reporters: “You just want to feel wanted at the end of the day. … I just hope to repay them with the way I carry myself as a person.”

The Seahawks said in a statement that the team was “aware of the situation involving Quinton Dunbar and still gathering information. We will defer all further comment to league investigators and local authorities.”

Dunbar was expected to compete with Tre Flowers for the Seahawks’ starting job at right cornerback.

Hacked! – How to Find Orion’s Belt in the Night Sky