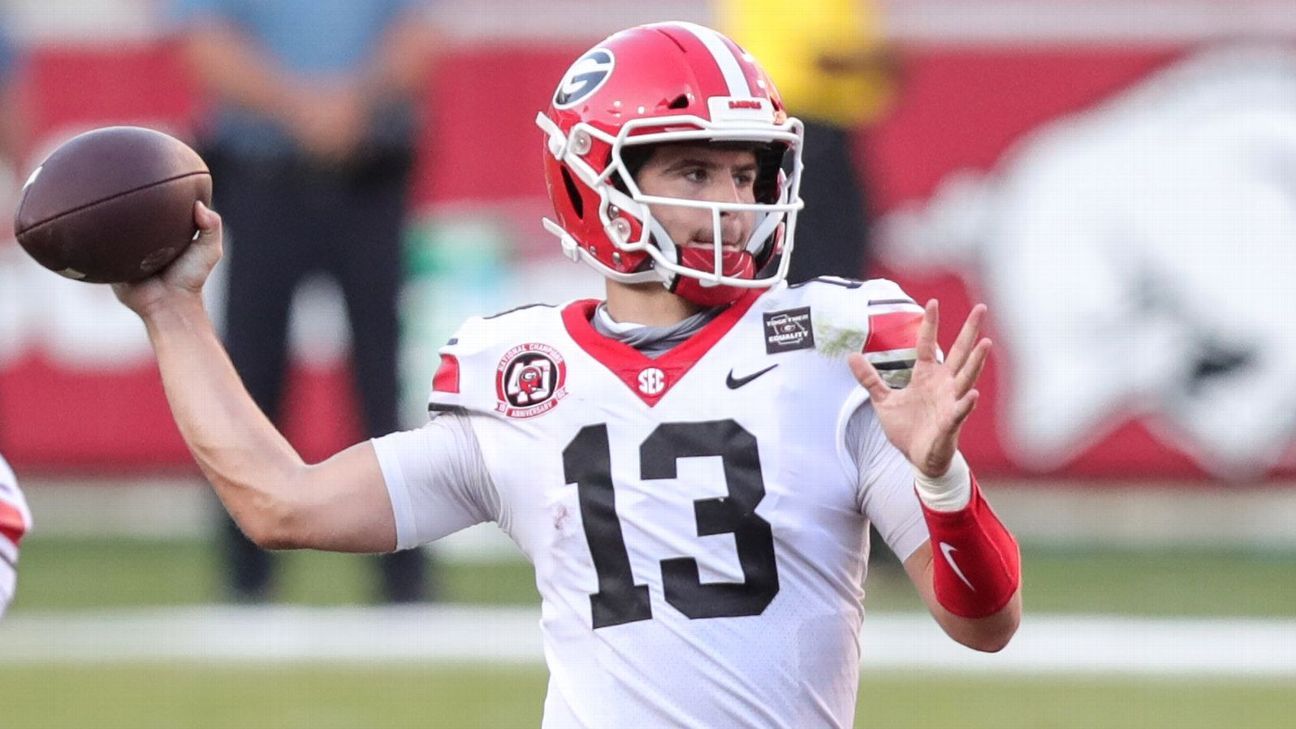 The early indications suggest it’s going to be an unpredictable season in the SEC. And perhaps a wild couple of months in the Big 12. And for the ACC, most definitely a race for second best. How would you rank each team in the three Power 5 conferences that have already begun? Let’s have a look:

If Mississippi State’s upset of LSU was any indication, this is going to be a wild season in the SEC.

Leave it to Mike Leach’s arrival and a conference-only schedule to make things really interesting.

Heck, Arkansas gave Georgia a run for its money for three quarters, and you’re talking about a team that won two games last season and fired its coach. The Bulldogs are supposed to be playoff contenders, but they didn’t look the part Saturday with a completely uninspiring offense.

Even Florida, which is solidly in the top tier of the conference, struggled with Ole Miss’ offense at times. But you can rest assured, while Lane Kiffin and the Rebs might not win a bunch of games this year, they’re going to put a scare into somebody.

In the West, Texas A&M, which was supposed to make a leap in Year 3 under Jimbo Fisher, had trouble pulling away from Vanderbilt, which won three games last year.

The only season opener that went pretty much according to script was Alabama’s. Dominating Missouri, the Crimson Tide looked like they were more than ready to retake their spot atop the conference after LSU had its fun last season. — Alex Scarborough

Skylar Thompson leads Kansas State with 334 yards passing and four total touchdowns as the Wildcats come from behind to defeat Oklahoma 38-35.

What a wild start to Big 12 conference play. From Kansas State’s road upset of Oklahoma to the furious finish in Lubbock, it was an entertaining weekend of Big 12 football.

Picking a pecking order in this unusual season isn’t easy — even at the top. Texas barely survived the Red Raiders and needed a frenzied comeback, while Oklahoma was in full control of K-State … until it wasn’t.

Oklahoma State quietly is 2-0 without its starting quarterback, though the Pokes would like to play better than they have. And new Baylor coach Dave Aranda started off his tenure on the right foot with a victory over league cellar-dweller Kansas.

Expect much more movement in the coming weeks; there’s still much to learn about these 10 teams. — Sam Khan

The big question entering the season was whether the ACC had anyone besides Clemson that could be a genuine playoff contender. The answer through three week seems to be yes, but we’re still in need of a lot more data points.

Notre Dame was terrific in its first two games, but the Irish were forced to postpone Saturday’s date with Wake Forest. North Carolina had plenty of offseason buzz, but the Tar Heels haven’t seen the field in two weeks. Virginia Tech got off to a terrific start Saturday, but that was Game 1 after two straight postponements.

Perhaps the big winners so far are Pitt and Miami, which both look like potential party crashers. Pitt’s D has the Panthers looking like a tough out for anyone, and D’Eriq King has completely transformed Miami’s offense into a juggernaut. While the bottom half of the league is still pretty ugly, this year’s ACC doesn’t appear to be shaping up as a one-team act. — David Hale

Hollywood Today – Lake of the Ozarks Throws EDM Party with No Masks or...

Hacked! – When Does an Epidemic Become a Pandemic?