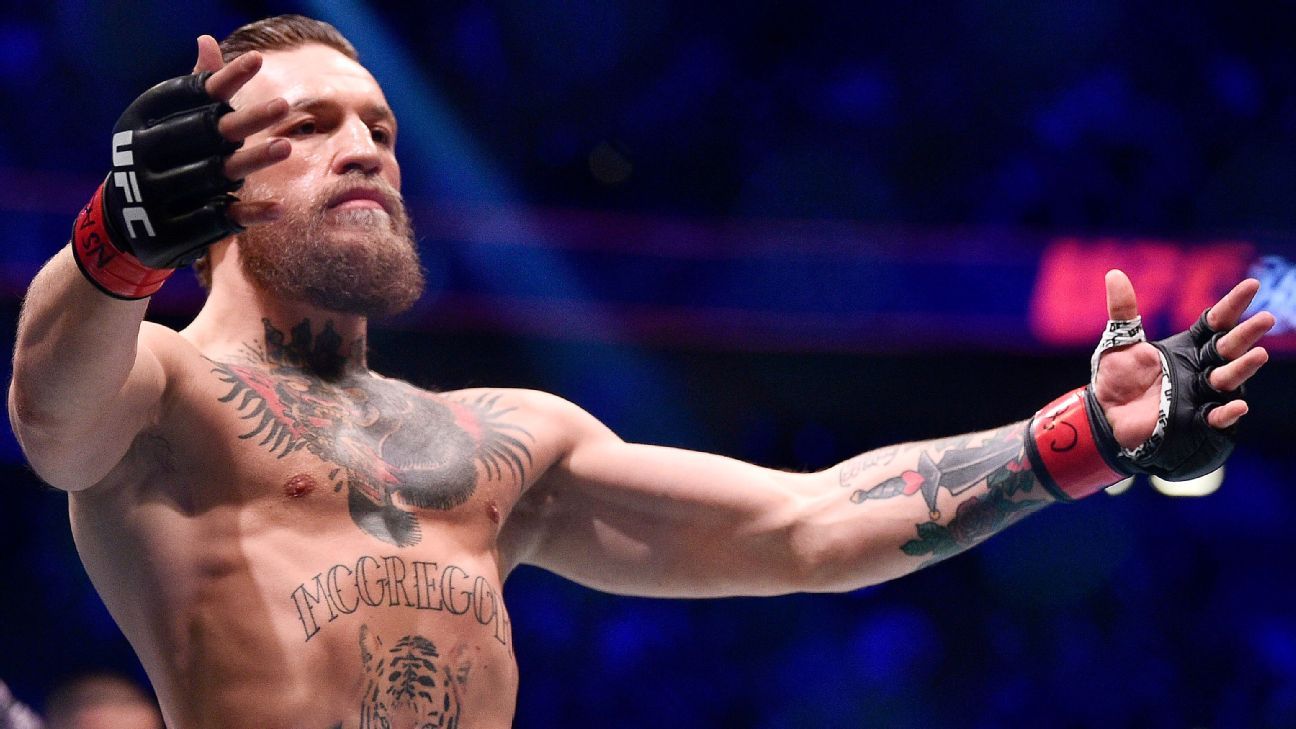 McGregor said Friday on Twitter that he is “boxing Manny Pacquiao next in the Middle East.”

The McGregor-Pacquiao boxing match would take place in late December or early January, Attar said. The Middle East is one of a few locations being discussed to host the fight, he added.

Attar recently told ESPN he had talks with the UFC about McGregor’s future. On Friday, he said McGregor fighting Pacquiao in a boxing match was, in fact, one of the topics discussed; according to Attar, the UFC was on board with the idea.

In 2017, the UFC co-promoted a McGregor boxing match versus Floyd Mayweather Jr. along with Mayweather Promotions, Showtime and McGregor Sports & Entertainment. That fight ended up being one of the highest-grossing combat sports events of all time.

“The Senator Manny Pacquiao has always been up for new challenges,” Manny Pacquiao Promotions president Sean Gibbons told ESPN via text on Friday. “Conor McGregor showed in his fight with Floyd Mayweather he has the skills to fight with the best boxers in the world, and considering that they are both global icons and in the global landscape we live in today would be a tremendous event.”

A specific weight for this proposed bout hasn’t been determined, per Attar, but he said he was confident the fight would take place in the coming months.

Following the Pacquiao fight, Attar said the plan was for McGregor to return to the UFC in 2021.

McGregor, who also expressed frustration with his lack of activity this year, hasn’t fought since his 40-second TKO win over Donald Cerrone in January.