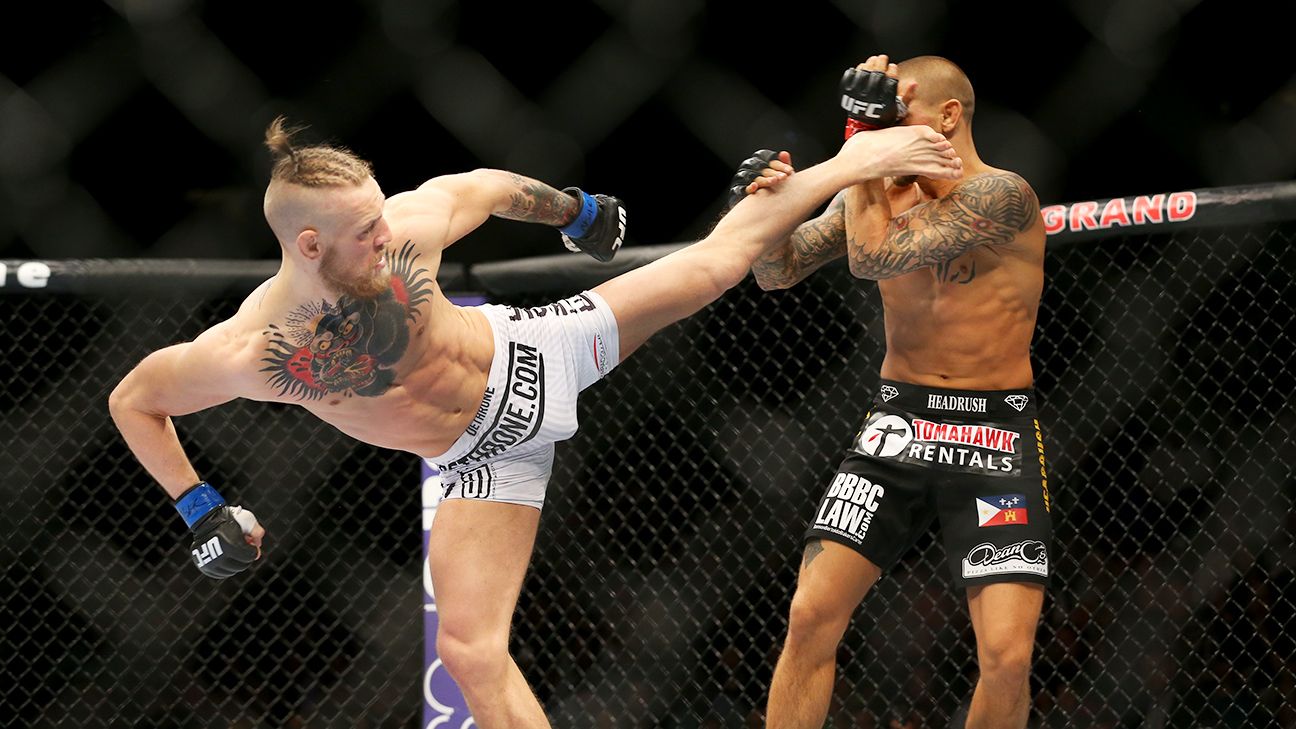 Conor McGregor is closer to returning to the Octagon than he has been in months.

McGregor tweeted Thursday that he “accepted the UFC offer” to fight Dustin Poirier. Sources close to McGregor confirmed it as well.

But while McGregor accepted the rematch against Poirier, whom he beat at UFC 178 in 2014 via TKO, he insisted that “it must happen in 2020.”

UFC had offered the fight to McGregor two weeks ago for UFC 257 — the Jan. 23 pay-per-view event.

McGregor asked UFC to book the fight on either the Nov. 21 or Dec. 12 pay-per-view card. Sources said McGregor’s team is now awaiting a reply from UFC on its counteroffer.

Hello Dustin! I accepted the @ufc offer to fight you, but told them it must happen in 2020. I’m ready for Nov 21st, given that cards recent injury issues, as well as any of the December dates, the 12th and the 19th. I’ll also still donate the $500k to The Good Fight Foundation 🙏 https://t.co/23hN4AHtoI

Poirier told ESPN that he would be willing to fight McGregor on either Nov. 21 or Dec. 12.

Both upcoming pay-per-view cards — UFC 255 and 256 — have openings at the moment. Last week, Cody Garbrandt was forced to pull out of the UFC 255 main event against flyweight champion Deiveson Figueiredo due to a torn biceps. As a result, he has been replaced by the lesser-known Alex Perez.

As for UFC 256 on Dec. 12, ESPN reported earlier this week that it had lost its main event after welterweight champion Kamaru Usman asked for more time to train for Gilbert Burns. UFC has attempted to book a Stipe Miocic–Francis Ngannou fight for the heavyweight title or a Jorge Masvidal–Colby Covington fight instead, but neither was locked in.

McGregor hasn’t fought since his 40-second TKO victory over Donald Cerrone in January. Before that fight, he said he was hoping to fight three times in 2020. However, the coronavirus pandemic and failed negotiations with UFC have stalled his return, leading to a public feud of sorts with UFC president Dana White.

McGregor also tweeted that he will still donate $500,000 to Poirier’s Good Fight Foundation charity, as he promised to do when the pair tried to set up a charity sparring match last week.

Hacked! – How to Transfer Contacts From Android to iPhone