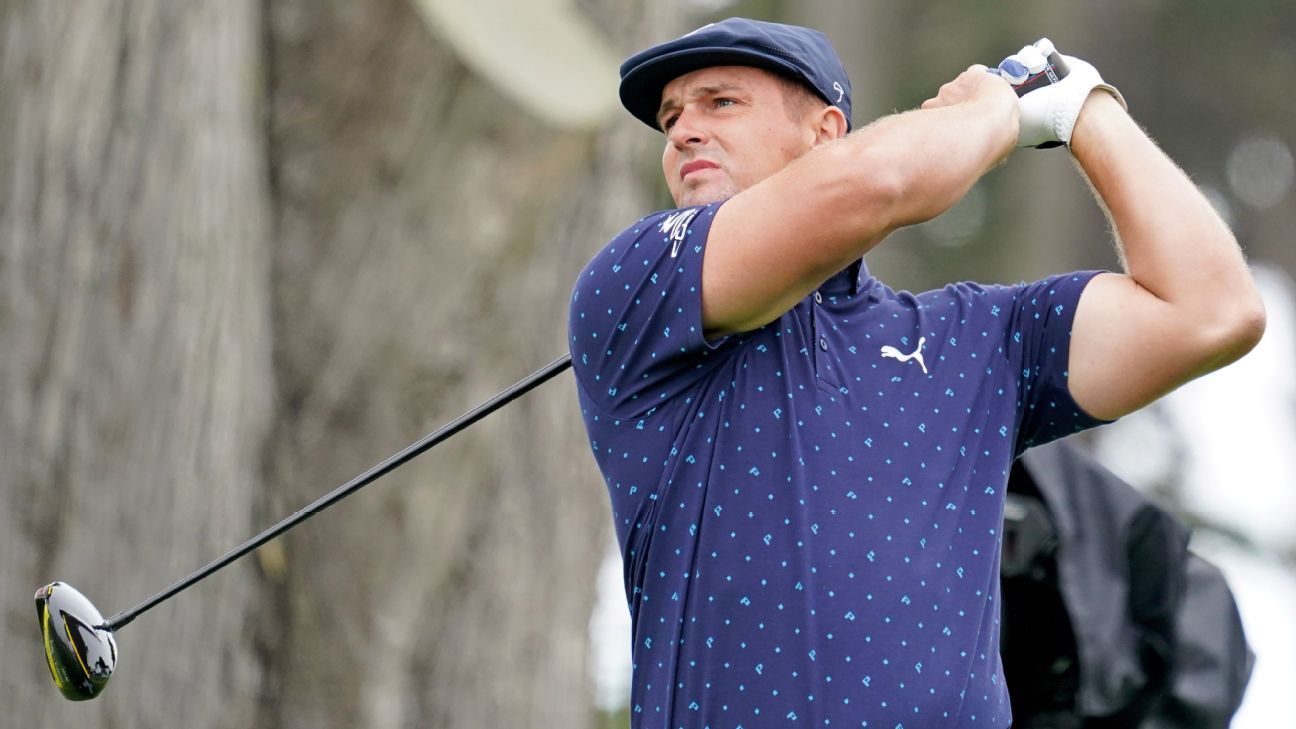 A day after DeChambeau said he would leave a 48-inch driver in his trunk for this week’s Masters, he reversed course Tuesday and said it might still end up in his bag.

“Well, I tested it yesterday for the first time,” DeChambeau said. “And we’ve gone through at least three or four iterations of the shaft, and this is the most promising one yet.”

DeChambeau said the 48-inch driver, the longest allowed in competition under the Rules of Golf, added 4 to 5 mph in ball speed and allowed him to get his swing speed up to 143-144 mph. He said the new driver also decreased the spin rate of his drives.

“I mean, it looks really promising right now,” DeChambeau said. “I did not expect it to work yesterday. I was like, ‘This is going to take even more time,’ but it did work yesterday. I’m not 100 percent sure if I’ll put it in play yet just because of the unknown. It’s so close to the Masters, but if it is an improvement in every facet of launch conditions, then I don’t see why not.”

DeChambeau, who won the U.S. Open at Winged Foot in September, already leads the PGA Tour in driving distance with a 344-yard average this season.

“From a driving perspective, I just am trying to get up there like I’m in a batter’s box, swinging as hard as I can trying to hit a home run,” DeChambeau said. “I don’t know if there’s a better way to say it.”

Even four-time major championship winner Brooks Koepka, who has been critical of DeChambeau’s approach in the past, said he might have an advantage this week because of his length off the tee.

“I mean, it’s going to be an advantage. Length is always an advantage. He’s done a good job of working. He’s worked his tail off to hit it that far.”