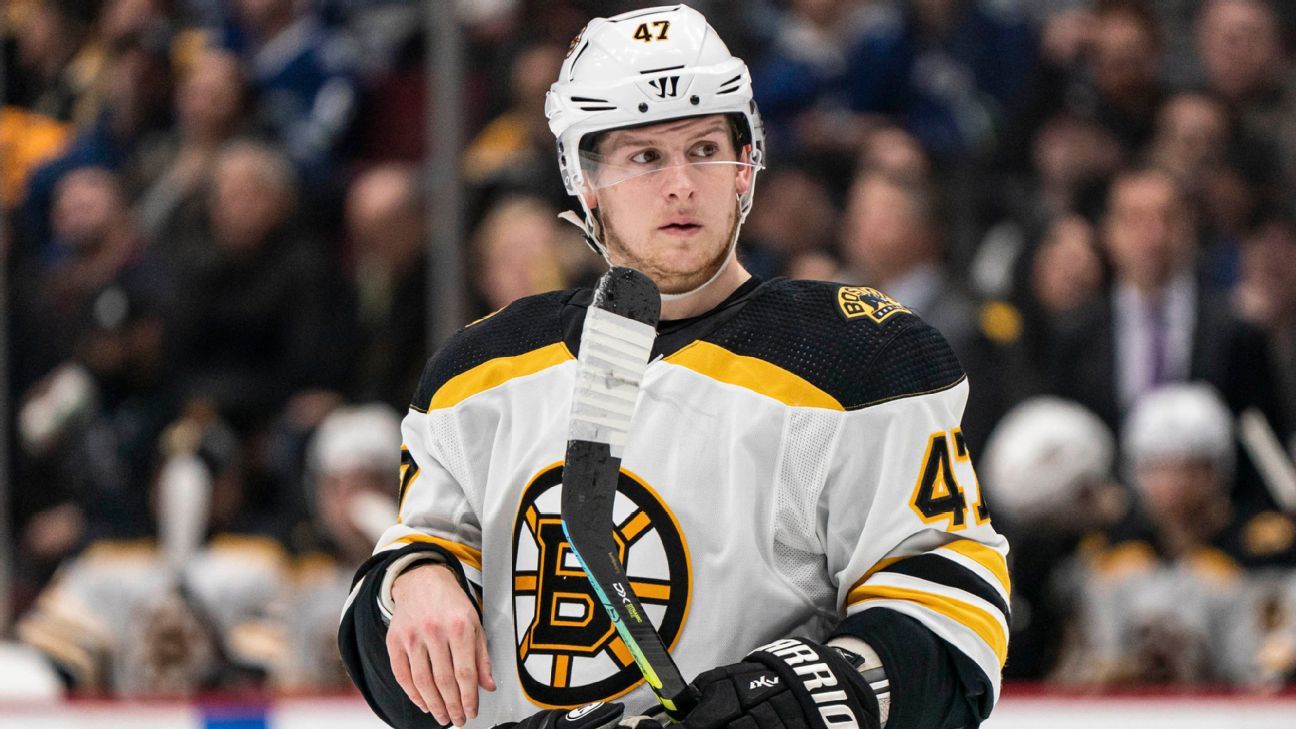 Defenseman Torey Krug, one of the top prizes in this year’s free-agent class, has agreed to a seven-year contract worth $45.5 million with the St. Louis Blues, the team announced Friday night.

A blue-line staple for the Bruins, the 5-foot-9 Krug, 29, has spent his NHL career with Boston, playing in 523 games. A quarterback of the power play, he has 67 career goals and 337 points.

The Blues struggled at times defensively last season as they defended the Stanley Cup. They bypassed the qualifying round in the Western Conference but lost in the first round to the Vancouver Canucks.

Blues general manager Doug Armstrong, in a Friday night media availability, said the organization only made three calls to potential players, Krug included. The process then continued with Krug having a conversation with coach Craig Berube.

“We know the player, we know what he can do on the power play,” Armstrong said. “He’s going to fit in very well.”

Krug and the Bruins lost to the Blues in the 2019 Stanley Cup Final, a seven-game thriller of a series that ended with St. Louis’ first title.

“He’s not tall, obviously, but he is thick,” Armstrong said. “And he plays above his size. But his quickness is very important for us. He gets back and retrieves pucks. He makes an excellent first pass out of the zone.”

Krug’s deal could well end the tenure of Blues captain and top defenseman Alex Pietrangelo. Also a free agent, Pietrangelo has had on-again, off-again discussions with St. Louis but could be ultimately headed to another destination. Armstrong reiterated that the Blues haven’t closed the door on a potential new deal, but it does appear to be a longshot.

“You never know what happens in the future. We’d have to get very creative,” he said. “But Alex has been a great part of this franchise.

“What we were trying to do, is knock things off as they came. And this came first.”

Krug, who played collegiately at Michigan State, was a member of the NHL All-Rookie team in 2013-14. He is coming off a four-year, $21 million contract, and said that he was not interested in a short-term deal.

“So this is my time, in terms of my value at its peak,” he said last month, “and I have the ability, and I’m in a position now where I need to make the most of it.”

The Bruins, quiet for most of the day, signed defenseman Kevan Miller to a one-year contract with a salary cap hit of $1.25 million. Boston general manager Don Sweeney‘s media availability was canceled Friday afternoon, but he is scheduled to speak on Saturday afternoon.