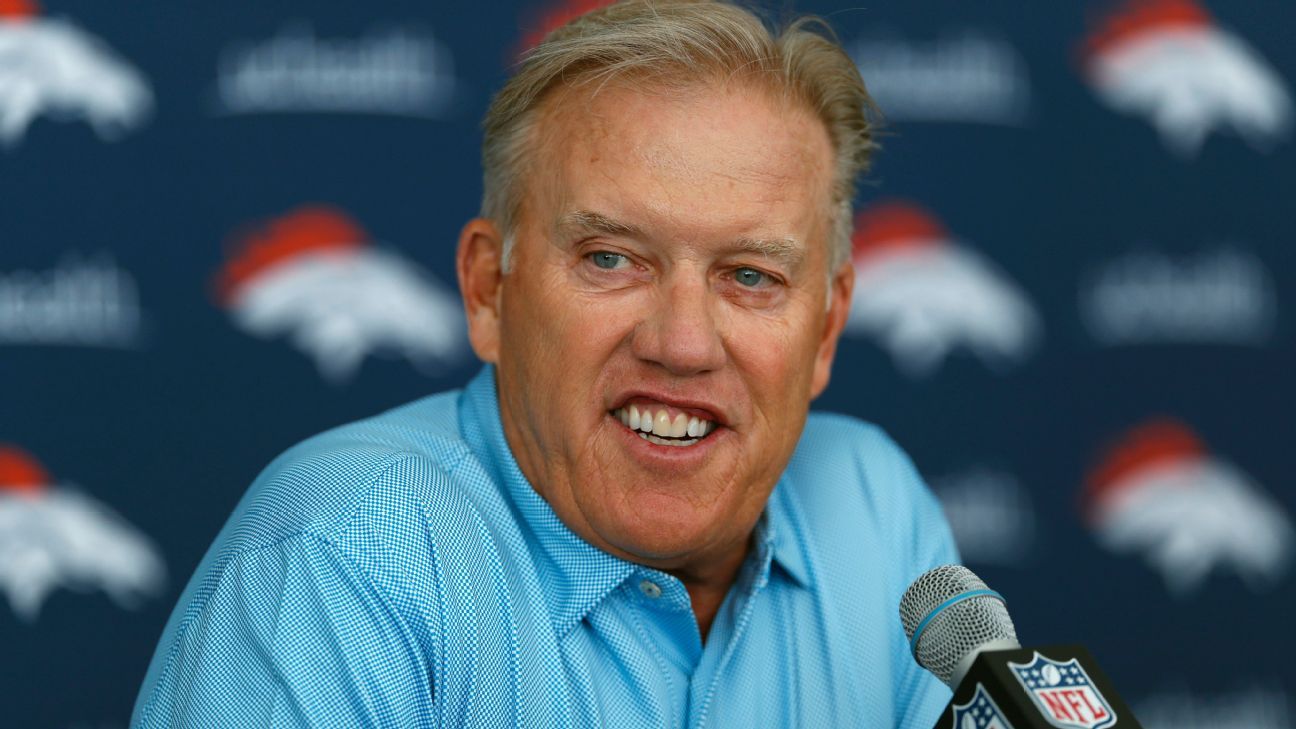 ENGLEWOOD, Colo. — Denver Broncos president of football operations/general manager John Elway called the staff of his team’s IT department “heroes” in the run-up to this week’s draft and said he expects any problems when the picks are officially made to be minimal.

Elway and representatives from every other team went through a dry run of the draft Monday morning with a two-round practice session. There were some early technical issues, that some in the league said included a 20-minute delay for the Cincinnati Bengals to make the first pick as well as too many of those on the call not using a mute function, but Elway said things eventually evened out.

“The draft went smooth, it got off to a little bit of a hiccup when we first started, but other than that it went really smooth,” Elway said. “There were really no problems with it, so we got comfortable with it.

“It should be fine and go on without a glitch — I’m sure there will be a couple glitches, but for the first time I thought it went pretty well,” he added.

Elway said the virtual format, with teams having their personnel people, scouts and coaches all online from different locations, may impact how quickly teams can communicate in-house before trying to make a trade to either move up, or down, the board.

The league has notified teams the clock will be stopped on their time to make picks in each round if technical issues occur.

“It will be interesting to see, the mock draft we had (Monday), everything was kind of pre-determined so it made it a little easier than I think it’s going to be,” Elway said. “Obviously, the time constraints, being virtual and not having everybody in the same room makes it more difficult, so that may lead to less trades. I still think there is going to be trades, if anything it makes us prepare a little bit harder to have an idea at each position of where we are right now … (to) have an idea what the compensation may be.”

In the end, Elway said, it may actually make the draft more predictable for teams in their preparations overall because “I think maybe people are sitting more in their spots than they have in the past.”

With the stay-at-home orders across the country as well as other travel restrictions, the NFL did not have its March meetings this year. Those meetings with every head coach and general manager in one place, are often fertile ground for rumors.

Elway said he felt it may have cut down on the usual amount of disinformation to sift through.

“If anything there’s less chatter and it makes things less confusing,” Elway said. ” … There’s always a lot of smokescreens out there this time of year, if anything it may have eliminated some of those smokescreens.”

Hollywood Today – The Vampire Diaries’ Nina Dobrev and Paul Wesley Reunite for an...

Sports Today – Dustin Johnson to skip Olympics due to schedule