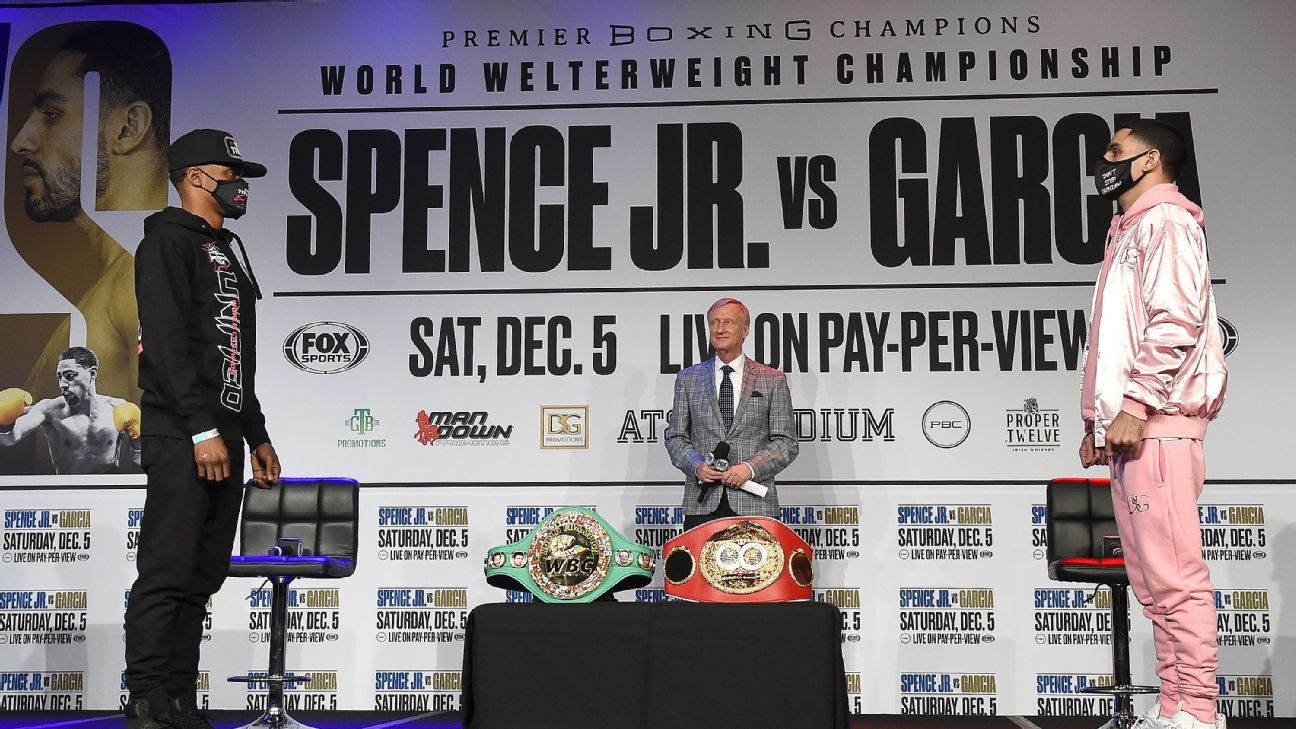 After more than a year away from the ring, unified welterweight world titlist Errol Spence Jr. returns to defend his WBC and IBF belts against Danny Garcia on Saturday at AT&T Stadium in Arlington, Texas.

Spence (26-0, 21 KOs) defeated Shawn Porter in September 2019 and as talks were heating up for his next fight, Spence was involved in a one-car accident that left him hospitalized with lacerations on his face and broken teeth. He was charged with driving while intoxicated. Spence was able to return to training in March, but there are a lot of questions about his ability to take punches after the accident.

Garcia (36-2, 21KOs), is a former junior welterweight lineal champion and welterweight world titlist. He has lost his past two attempts to recapture a 147-pound belt in close decision loses to Porter and Keith Thurman, but had a dominant performance in a one-sided victory over Ivan Redkach in January.

In the co-main event, Sebastian “The Towering Inferno” Fundora takes on Habib Ahmed in a WBC junior middleweight eliminator. Fundora (15-0-1, 10 KOs) has two victories thus far in 2020, a unanimous decision over Daniel Lewis in February and a sixth-round KO against Nathaniel Gallimore in August. Ahmed (27-1-1, 18 KOs) replaced original opponent Jorge Cota this week after Cota tested positive for COVID-19.

Ben Baby provides recaps and analysis from the action as it happens.

Hacked! – What’s the Difference Between Ethyl Alcohol and Isopropyl Alcohol?