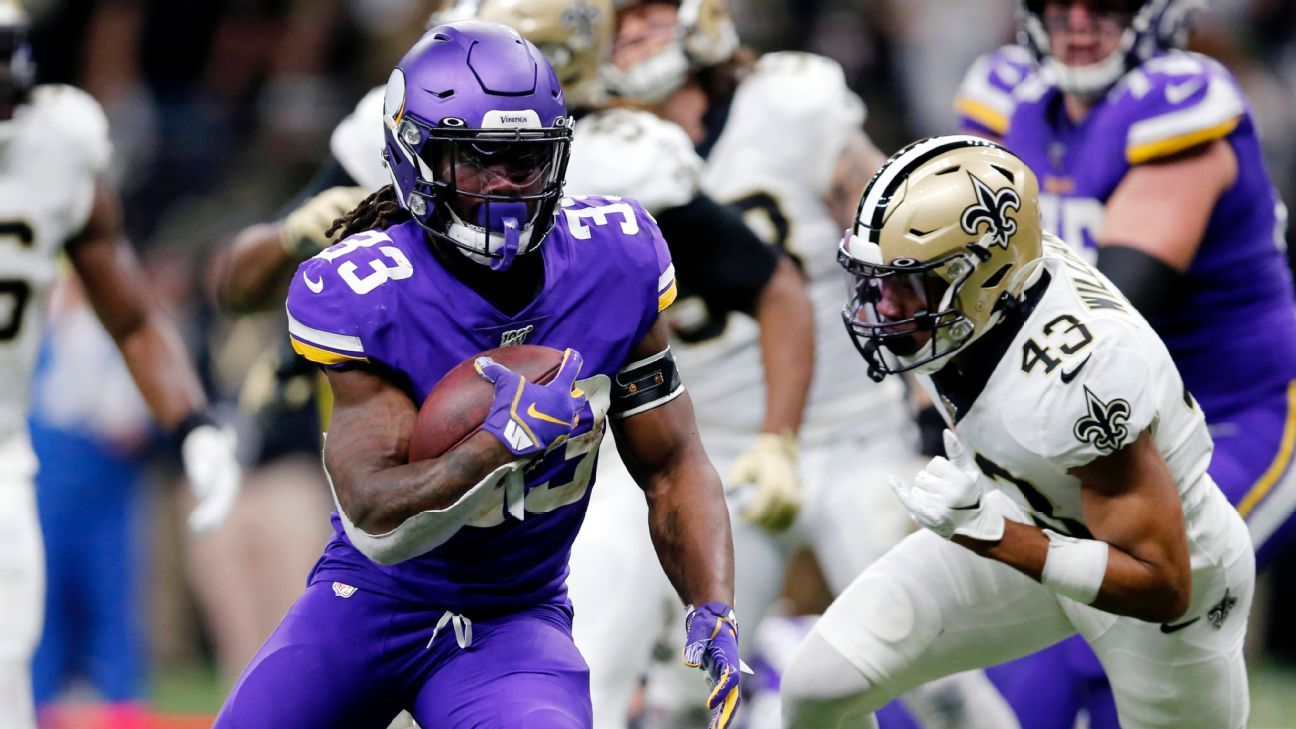 EAGAN, Minn. — The Minnesota Vikings have pulled off their fair share of 11th-hour miracles when the likelihood of working out deals appeared murky. When a player’s worth is that critical to the health of the franchise, the Vikings’ front office has prioritized keeping talent no matter how negotiations play out and in spite of the effects on the salary cap.

Two years ago, the Vikings got defensive end Everson Griffen to agree to a contract restructure in free agency moments before his 2019 base salary would have become guaranteed and signed linebacker Anthony Barr to a five-year deal after he reneged on his decision to join the New York Jets.

Running back Dalvin Cook was the latest addition to the Vikings’ successful Hail Mary attempts. On Saturday, just more than 24 hours before Minnesota hosts the Green Bay Packers in its season opener, the 25-year-old running back agreed to a five-year contract extension worth $63 million, according to ESPN’s Adam Schefter. Cook’s contract comes with a $15.5 million signing bonus and $28.2 million in guarantees, a source told ESPN’s Courtney Cronin.

The Vikings were able to pay Cook after restructuring linebacker Eric Kendricks‘ contract for a second straight year, shifting $6 million in base salary to signing bonus to help spread out the cost, a source told Schefter.

Cook is one of the NFL’s best running backs, and he deserved to be paid like one. Even when negotiations were tabled in the middle of training camp, the Vikings kept the door open. They knew this offense is better with Cook and were willing to work until the final moments before the start of the season to get a deal done.

The Vikings are 12-3 when Cook has at least 100 scrimmage yards in a game and 6-9-1 when he has fewer than 100. In spite of being limited to 29 games over his first three seasons due to injury, the numbers Cook put up in 2019 made certain he would see a payday when he was eligible.

Cook had the second-most yards from scrimmage per game last season while handling a 303-touch workload. He led the NFL with 11.3 yards after the catch per reception while recording a first down on 40.6% of his targets. That was the third-highest mark of any running back with at least 30 targets, according to ESPN Stats & Information.

A deal of this size comes with considerable risk. But it’s necessary for the Vikings, who are effectively hedging their offensive success on giving quarterback Kirk Cousins the support he needs to thrive. Support that comes in the form of a dominant run game led by a dynamic back.

The Vikings paid Cook when they have depth behind him in second-year back Alexander Mattison. They paid him when it would have been cheaper to let Cook play out the final year of his rookie deal and then franchise him in 2021. The decision to pay Cook allows Minnesota to use the franchise tag on recently acquired defensive end Yannick Ngakoue next offseason if they choose.

Cook is a face of this franchise and cemented himself as a long-term part of this offense through the 2025 season. But if he plays one snap in 2020 and gets hurt, the Vikings’ investment takes a substantial hit.

Still, this was a risk the Vikings had to take. In addition to getting the best out of Cousins, Cook will play an important role in the passing game with a receiving corps in the midst of a rebuild.

“I think I caught about 50-60 balls, and I left a lot on the table last year,” said Cook, who had 53 receptions for 519 yards. “It was some mental drops that I had last year that I could have caught. And just fixing those things, I think I can probably go up to about 75 balls. Catching the football is a natural thing for me, so I think those numbers can go up a little bit.”

This was always going to be costly. Cook performed too well last season not to have a say in determining his price. His only incentive now should be to provide the Vikings with a return on their investment.

“I consider myself today’s running back, and today’s running back, they require a lot — catch the football, pass block, run the football, spin out wide, run routes,” Cook said. “They require everything out of you, and I think this offseason, I did all that. I split out wide, I caught the football a lot. I ran plays out of the backfield, I worked on my pass protection. I did everything to ensure that Dalvin Cook’s ready to go out there and help lead this team to some victories.”

Hacked! – Why Democrats Are Donkeys and Republicans Are Elephants