Nobody has a more stacked lineup of fantasy analysts and NFL team reporters than ESPN. It’s the rare backfield by committee that is actually a good thing for fantasy managers. Every Tuesday, we’ll ask our NFL Nation reporters a series of burning questions to help inform your waiver-wire pickups and roster decisions.

Week 10 was a big one for late bloomers such as receiver Jakobi Meyers and running backs D’Andre Swift, Salvon Ahmed and Kalen Ballage.

How much can you count on them going forward? As always, our team reporters have you covered on that and other topics around the league:

Finally someone handed the keys to one of the talented rookie running backs who had been stuck in a timeshare for most of the season. Swift continued his steady rise with 16 carries for 81 yards and five catches for 68 yards and a TD. And Lions reporter Michael Rothstein sees no reason why the trend shouldn’t continue.

“Offensive coordinator Darrell Bevell has been wanting to work Swift in more. And the way he performed Sunday, it’s hard to go away from him now,” Rothstein said. “While he might not see that much usage every week, it’s safe to figure he’s going to be Detroit’s lead back going forward.”

Two weeks ago, Patriots reporter Mike Reiss said in this column that the second-year undrafted wide receiver “deserves to be fantasy relevant.” But he expressed caution because the Patriots had been so reticent to give Meyers consistent opportunities.

Well, the Patriots have finally started to reward Meyers with those chances — and he has delivered in a big way with 12 catches for 169 yards in Week 9 and another five catches for 59 yards in Sunday night’s rainstorm. Reiss believes Meyers has earned a role that will continue even when Julian Edelman returns from a knee injury.

“Sunday night’s game was telling in that Meyers played 57 of 58 snaps, even as N’Keal Harry returned to action. That was a sign that he’s earned the trust of the coaching staff. And as he keeps making plays, it’s going to be hard for them to reduce that load,” Reiss said. “Seeing Meyers paired with Damiere Byrd in the 2-WR package, and Harry coming on mostly in 3-WR packages, was a significant development to me.

“When also factoring in that Edelman’s workload is going to be managed closely initially — assuming there are no setbacks — I feel like Meyers is a safe bet to continue to see plenty of work (at the least, in the short term). Meyers has earned it, and Bill Belichick prides himself on his program being a meritocracy.”

It has been nearly impossible to keep up with the Chargers’ musical-chairs backfield this year. But Chargers reporter Shelley Smith believes Ballage is “here to stay” after his second straight big performance (18 carries for 68 yards, five catches for 34 yards).

Of course his role could change whenever Austin Ekeler returns from injury in the coming weeks. But Ballage has leapfrogged Joshua Kelley and Troymaine Pope — and maybe the injured Justin Jackson, as well, if he keeps this up.

“Anthony Lynn loves him, and Ballage loves the way he is being used (after problems finding a fit with the Dolphins and Jets),” Smith said. “The guy is powerful at 6-foot-2, 231 pounds. Also, he can catch.”

Speaking of rotating backfields, Dolphins reporter Cameron Wolfe said, “It’s hard to find a wilder fantasy merry-go-round” than the one in Miami. “And Ahmed is the back now at center stage.”

“He impressed coaches and teammates with his sudden burst and effective running Sunday vs. the Chargers (21 carries, 85 yards, TD, 1 catch, 5 yards),” Wolfe said. “He has done enough to keep his starting job. But it’s hard to guarantee that his reps (76%) or workload (22 of the Dolphins’ 26 RB touches) won’t decrease a bit with Matt Breida‘s likely return this week or Myles Gaskin’s return likely later this month.

“It’s been a hot-hand system in Miami all year, and Ahmed figures to get prime opportunities as long as he’s having a bunch of success. The most likely conclusion when all three of those backs are healthy is it becomes an RB-by-committee approach with the hottest hand getting the lead touches. And right now that is Ahmed.”

Snead had the bigger performance during a rainstorm Sunday night (five catches for 64 yards and two touchdowns). But Andrews’ reemergence as a big factor in Baltimore’s offense (seven catches for 61 yards on nine targets) might have been even more important for fantasy purposes because the tight end position has been so dismal this year.

Ravens reporter Jamison Hensley said this level of involvement could be a sign of more to come for Andrews because fellow TE Nick Boyle suffered a season-ending knee injury. That could make Andrews a trade target heading into the fantasy playoffs.

“Without Boyle and his run blocking, the Ravens will probably throw a little more than usual. Plus, Boyle won’t take any TE targets away from Andrews,” Hensley said. “There is some concern with an increase in drops for Andrews this season. But he’s the best fantasy option on the Ravens outside of Lamar Jackson, even though that’s not saying much.”

As for Snead, who has now had two big games over the past three weeks, Hensley said he is more productive against zone coverages than man coverages.

However, Hensley did say that, “There was some thought that Snead would get phased out with the addition of rookies Devin Duvernay and James Proche. But Snead has developed into Jackson’s security blanket the past few weeks.”

Speaking of that lackluster TE position, there was a lot of fantasy buzz/hope/desperation that Hooper could emerge as a worthy starter down the stretch now that he is back from injury and Browns receiver Odell Beckham Jr. is out for the season. But it’s hard to tell if Hooper will deliver on that potential because he caught just one pass for 11 yards in a run-heavy game that was marred by some nasty weather.

“It’s difficult to evaluate the Browns’ offense in the wake of the OBJ injury, due to a pair of awful weather games that severely impacted the passing attack,” Trotter said. “That said, I expect Hooper to see in the neighborhood of at least five to eight targets per game moving forward as the No. 2 pass-catching option behind Pro Bowler Jarvis Landry.” 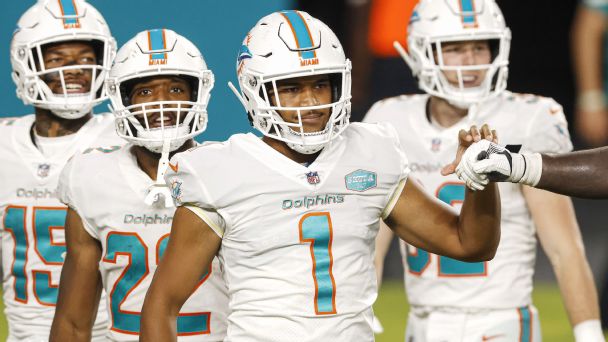 Bengals reporter Ben Baby hilariously changed his Twitter handle last week to “Joe Mixon Update Account.” So if you’re a frustrated Mixon owner wondering when he’ll get back on the field, you know whom to follow.

Alas, no timetable had emerged yet as of Monday.

“Bengals coach Zac Taylor did not have one to give during Monday’s news conference. That means of reading the tea leaves and scouring everything for updates regarding the star running back,” Baby said. “There is a chance Mixon comes back this week. A few days ago, Taylor said he didn’t want to play Mixon this past weekend against the Steelers if it hampered his ability to be 100% for the team’s final seven games. Taylor also said Mixon did not have any setbacks last week. So, if Mixon is even limited at Wednesday’s practice, take that as an encouraging sign moving forward. But as always, don’t make any big decisions until later in the week. It’s still going to be a day-to-day situation.”

My first instinct was to temper expectations for MVS after his second big game in a row (two catches for 53 yards and two TDs in Week 9; four catches for 149 yards and a TD in Week 10). The Packers seem to have a new No. 2 emerge in their passing game on a revolving basis, and receiver Allen Lazard is expected back soon from a core muscle injury.

But while Packers reporter Rob Demovsky said that is a fair point, calling Lazard the No. 2 receiver in Green Bay’s offense, he said there is “a reason to think MVS has made a jump.”

“After Sunday’s game, Aaron Rodgers said he’s starting to view him as more than just a deep threat, saying, ‘I think the growth we’re going to see from him is where he becomes more than just a one-dimensional guy,'” Demovsky said.

Ryan Clark weighs in on who the Saints should start at quarterback with Drew Brees sidelined with fractured ribs and a collapsed lung,

Drew Brees should miss at least a couple of weeks with injuries to his ribs, lung and shoulder — if not a more extended absence. And though coach Sean Payton declined to name an official starter in his place, it seems very likely the Saints will turn to Winston as they did in the second half of Sunday’s win, with some Taysom Hill packages mixed in.

That makes Winston an attractive pickup in deeper leagues, because he gets to run a high-functioning offense led by playmakers like Thomas and Alvin Kamara.

As for what this means for Thomas’ fantasy prospects, my advice as ESPN’s Saints reporter would be to keep starting him every week. Thomas’ numbers were just as good last year with Teddy Bridgewater as they were with Brees. Winston isn’t as accurate as either of those guys, and he tends to take more downfield shots. But Thomas should still be one of his favorite targets.

And I wouldn’t worry too much about the fact that Thomas had just two catches for 27 yards on seven targets Sunday. That was the result of a very weird game script in which the Saints wound up completing only 14 total passes for 139 yards (the offense barely had the ball in the first half, then wound up running out the clock for much of the second half thanks to four forced turnovers).

One more name to consider for those in desperate search of TE help, Reed caught five passes for 62 yards on six targets Sunday — including a spectacular one-handed grab that served as a reminder of his special talent.

The 49ers are on a bye this week, but that should help the oft-injured Reed heal up even more for the stretch run.

“The 49ers have been cautious with getting Reed back on the field after his knee injury. They limited him to 12 snaps in his first game back against Green Bay in Week 9. But that number ramped up to 28 against the Saints on Sunday, which was a season high for Reed. And that’s probably about what you’ll see from him moving forward, something in the 25-35 snap range,” 49ers reporter Nick Wagoner said. “Inherently, that’s going to put a bit of a cap on how much he can produce. But it’s notable that he ran a route on 22 of his 28 snaps against the Saints and was targeted six times. He’s easily the best pass-catching tight end the Niners currently have. But it’s also worth cautioning that the 49ers’ offense is about to get back some big names who will get plenty of touches. WR Deebo Samuel and RB Raheem Mostert are expected back after the bye, and rookie wideout Brandon Aiyuk is going to continue to be heavily involved.

“Of course, in the endless desert that is tight ends contributing to your fantasy team in 2020, that potential upside is still probably enough to land in your lineup every week.”