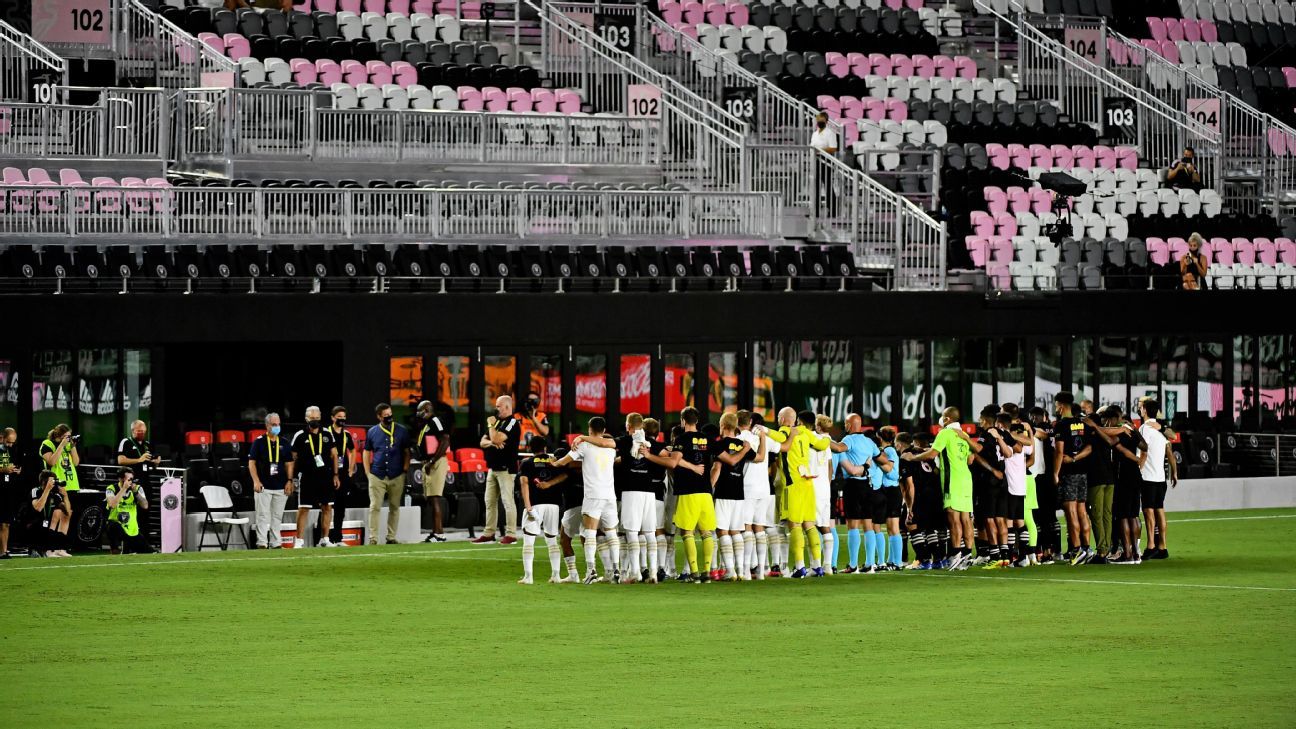 Most of Wednesday’s matches in Major League Soccer were postponed as players chose not to play in protest of racial injustice, and in particular the shooting of Jacob Blake, a Black man, by police on Sunday in Kenosha, Wisconsin.

The development came as players in both the NBA and WNBA declined to play in support of Black Lives Matter as well as to protest what took place in Kenosha, which included the murder of two protesters Tuesday night.

Initially it looked as though MLS wouldn’t follow suit, as the match between Orlando City SC and Nashville SC went ahead as scheduled, but after taking the field for the Atlanta United and Inter Miami match scheduled for 8 p.m. ET, the players reversed course and decided not to play.

The league also issued a statement that made no mention of postponing games initially before later saying: “Major League Soccer has made the decision to postpone the remaining five matches — Miami-Atlanta, Dallas-Colorado, Real Salt Lake-LAFC, San Jose-Portland, LA Galaxy-Seattle — scheduled for this evening. Each match will be rescheduled.”

The subsequent matches, starting with the game between Miami and Atlanta United, soon delayed their kickoffs as players from both teams conversed as to how to proceed.

The decision was ultimately made to not play the evening’s remaining five games including FC Dallas-Colorado Rapids, San Jose-Portland, LAFC-Real Salt Lake, LA Galaxy-Seattle Sounders in addition to the Atlanta-Miami game.

Atlanta United issued the following statement following the decision: “We stand in solidarity with the Black Community, with our players, our city and our fans in the fight against injustice. We must use our voices to be the change.”

Hollywood Today – Check Out the Most Surprising Celeb Transformations of the Week –...