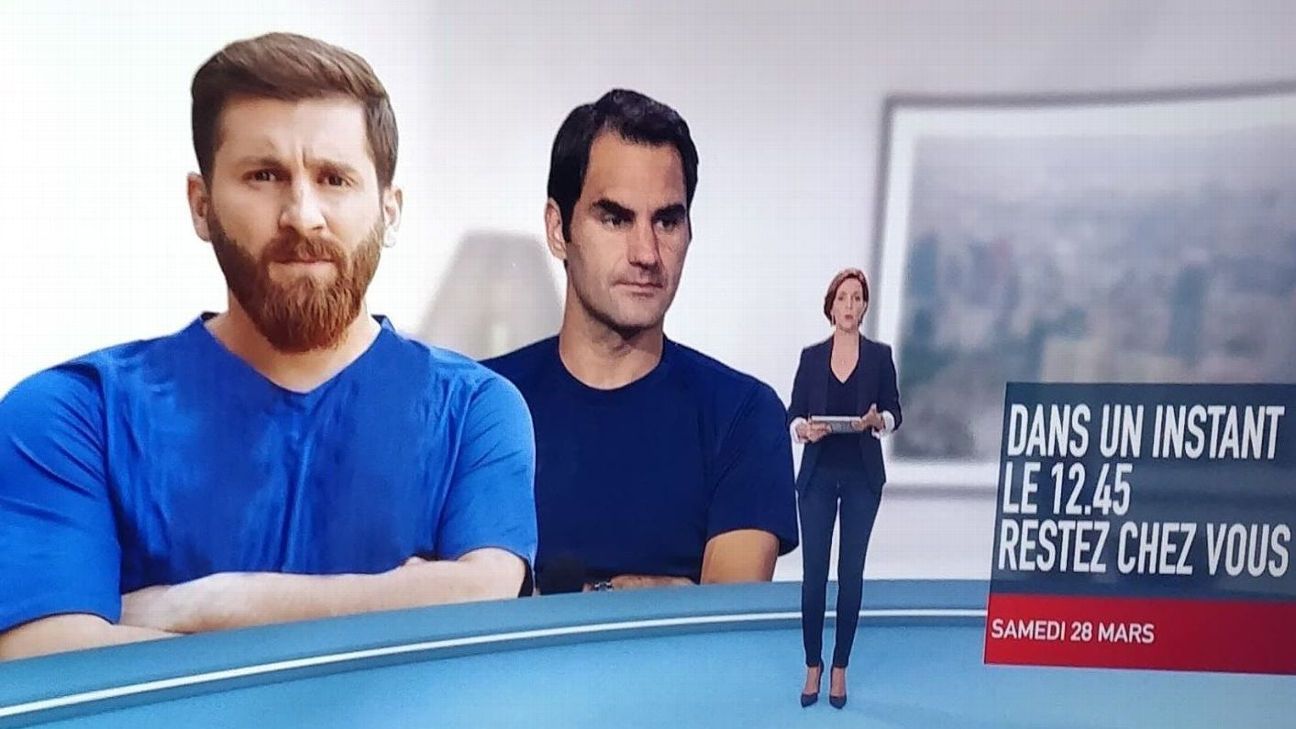 A French TV channel was left embarrassed after it mistakenly used a picture of Lionel Messi‘s lookalike instead of the Barcelona superstar.

In a segment during a Saturday lunchtime news bulletin on how sports stars are making large donations to causes dealing with the coronavirus pandemic, French broadcaster M6 paired Messi with Swiss tennis legend Roger Federer — or so they thought.

They actually used a picture of Messi’s Iranian doppelganger, Reza Parastesh, who came to global attention three years ago and has been bamboozling the public in his homeland — and beyond — ever since. Evidently, M6 are the latest to mistake Parastesh for the Argentina captain and six-time winner of the Ballon d’Or.

Back in 2017 Parastesh, then a student, had to be brought to a police station and had his car impounded because of the commotion he was causing on the streets in the city of Hamaden.

“Now people really see me as the Iranian Messi and want me to mimic everything he does,” Parastesh told AFP at the time. “When I show up somewhere, people are really shocked.” Years later, those shock waves are still being felt, as M6’s faux pas proves.

This week, Federer donated $1.02 million to the most vulnerable families in his home country, while Messi — as well as Pep Guardiola — utilised $1.08m to help a hospital in Catalonia and a medical centre in his native Argentina.

Messi and his Barca teammates and staff have all recently agreed to have their salaries cut to stave off any financial problems at the club due to the lack of revenue while sport across the globe is shut down.

Portugal and Juventus forward Cristiano Ronaldo and his agent Jorge Mendes also came together this week to donate lifesaving equipment to Portuguese hospitals.

Sports Today – Dodgers fans have taken over ‘neutral’ site with L.A. one win...

Hacked! – What Is an Electric Vehicle and How Does It Work?

Hollywood Today – Man Feeds Bear Cookies Out of His Own Mouth