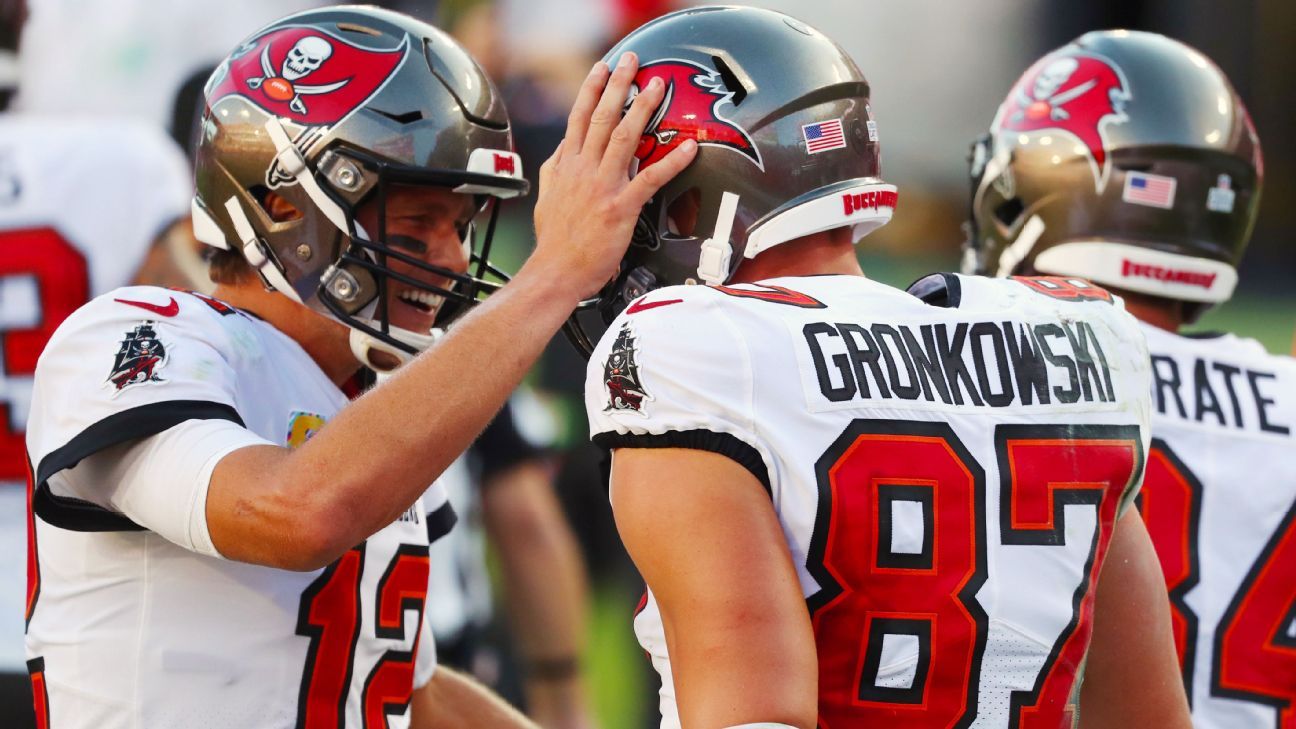 TAMPA, Fla. — It took him six games to get there, but tight end Rob Gronkowski has scored his first touchdown as a member of the Tampa Bay Buccaneers.

It came on a third-and-6 with 1:07 to go in the first half. Tom Brady found Gronkowski in the left corner of the end zone on a back-shoulder fade route, working against safety Adrian Amos. Brady, who lured Gronk out of retirement after a year away from football, embraced his longtime favorite target in the end zone to celebrate.

Gronk TD number one in his first season back from retirement 💪

The score propelled the Bucs to a 28-10 lead in the first half, with all 28 points coming in the second quarter.

It was Gronkowski’s first touchdown catch since Dec. 9, 2018, at the Miami Dolphins. It was the 91st touchdown together for Brady and Gronk, moving them past Philip Rivers and Antonio Gates for third-most touchdowns by a QB-receiving target in NFL history (postseason included).

Hollywood Today – Chris Harrison Asks “Did You Lie to All of Bachelor Nation?” in a Dramatic Bachelorette Sneak Peek – E! Online

Hollywood Today – Chris Harrison Asks “Did You Lie to All...

Sports Today – How Major League Baseball is finding the narrow way back to...

Hacked! – How to Tether Any Smartphone to Linux for Mobile Internet

Hollywood Today – Score up to 40% off at Cost Plus World Market’s Labor...