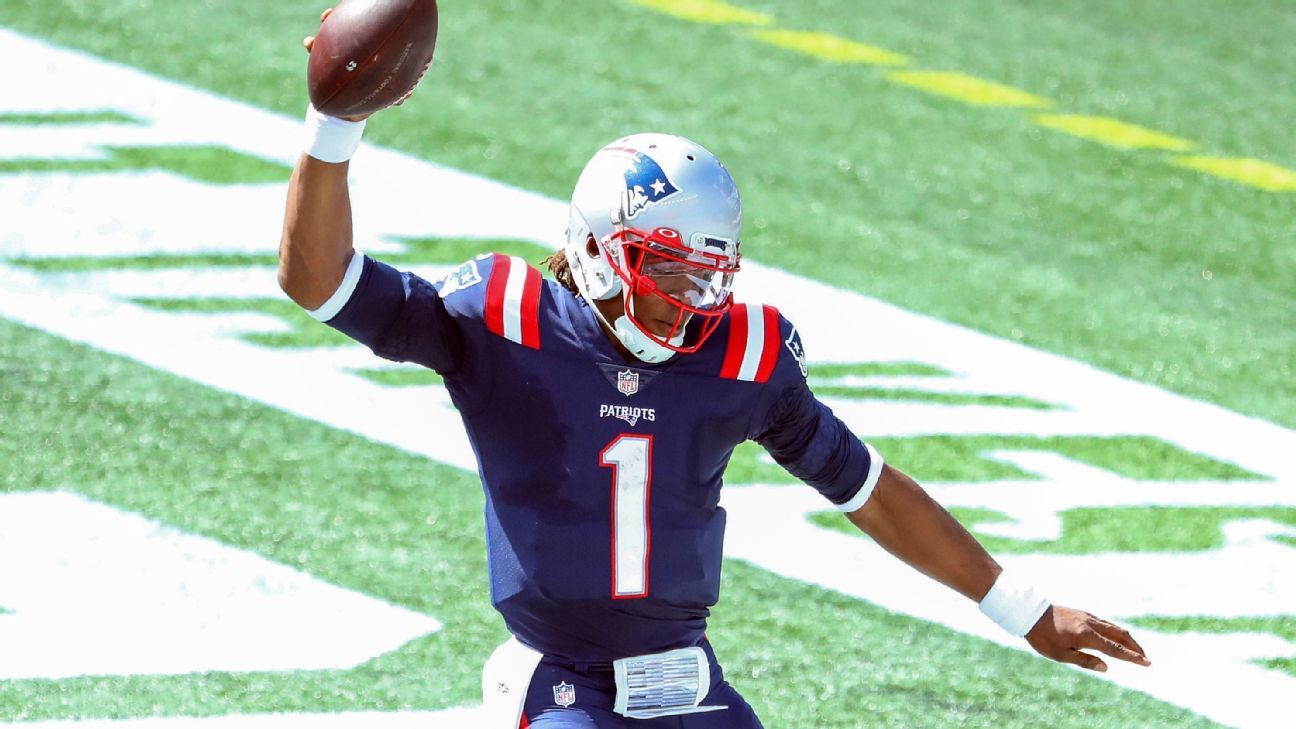 Jon Gruden met Cam Newton in 2011 as part of his QB Camp series for ESPN, which is timely to revisit with Gruden’s Las Vegas Raiders facing Newton and the New England Patriots on Sunday at Gillette Stadium (CBS, 1 p.m. ET).

“I haven’t seen many guys walk through my doors that look like Cam. I call him ‘Slam.’ Slam Newton. That was the nickname I gave him. He is a power forward playing quarterback,” Gruden told Patriots reporters on a conference call.

“Cam looks like he’s the usual Cam. He’s a threat to do a lot of different things,” said Gruden, whose team is coming off an impressive 34-24 home win over the New Orleans Saints on Monday night.

“It’s a tough operation. It always is when you play against Cam Newton and the New England Patriots, and now that they’ve joined forces, it’s double trouble for every defensive staff, every coach and every team that comes in there.”

Gruden said he’s happy to see Newton is healthy again after shoulder and foot injuries given his style of play.

“They run power plays to his left when taking people on with his right shoulder. [Then] he gets up and throws a bullet across the field. I don’t know how he does it. … I think it’s amazing,” he said.