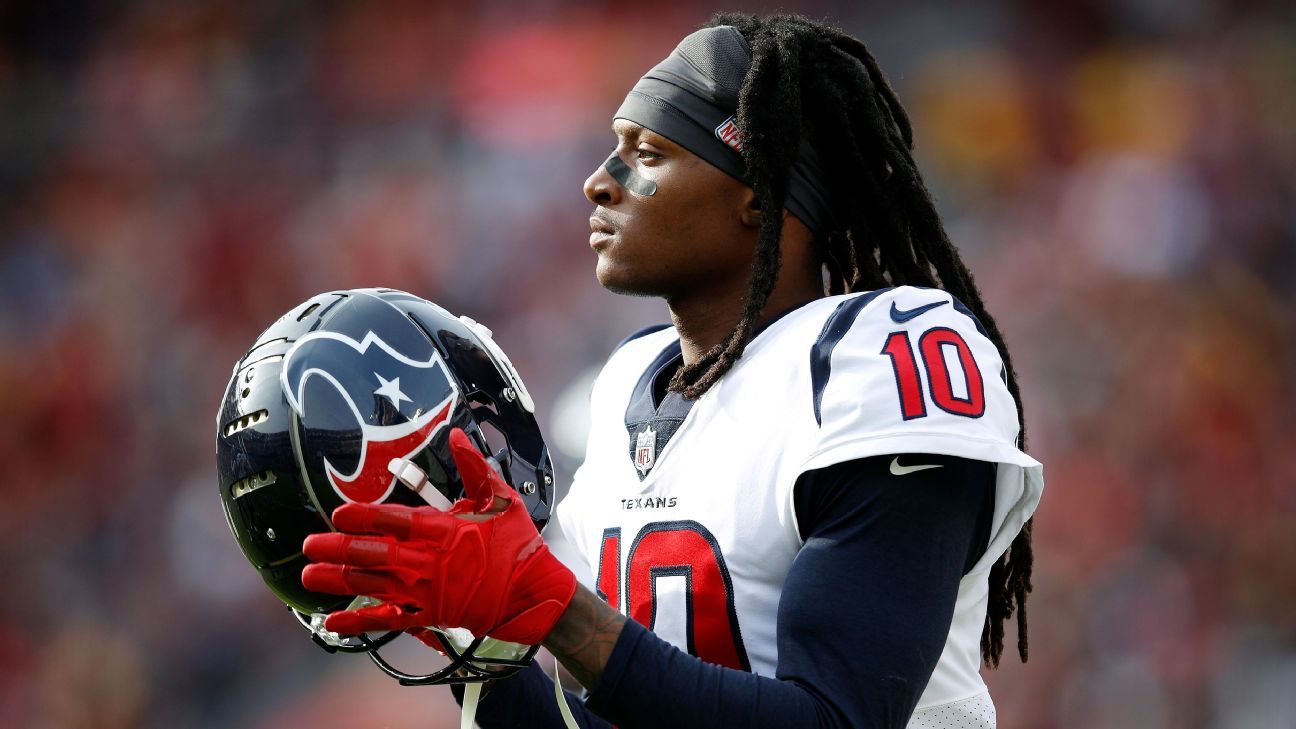 The Pro Bowl wide receiver said it was “being blown way out of proportion.”

On Wednesday morning, Irvin said on ESPN’s Get Up that he talked to Hopkins after the trade and was told that the bad blood between Hopkins and O’Brien stemmed from a meeting in which the coach compared the situation to one he had in New England with Aaron Hernandez, the tight who was convicted of murder in 2015 and killed himself in prison.

O’Brien was an offensive coach and coordinator with the Patriots in 2010 and 2011, when Hernandez was with the team.

“It was a bit of a power struggle there because Bill O’Brien thought [Hopkins] had too much influence over the locker room,” Irvin said on Get Up of Hopkins’ relationship with the coach.

Irvin said Hopkins told him that O’Brien called the receiver into a meeting to “hash it out.”

“And from there, the meeting just deteriorated,” Irvin said Hopkins told him. “[O’Brien] got into talking about DeAndre Hopkins — [he] has a few kids from different women. [O’Brien] told DeAndre that he doesn’t like that he has his baby mamas around sometimes. And from there, the relationship just went bad and thus we got a trade of DeAndre Hopkins from Houston for basically, like I said earlier, a ham sandwich, all because of that relationship.”

Hopkins responded to the comments later Wednesday on Twitter.

This is being blown way out of proportion. As I’ve said before, I enjoyed and am proud of my time with the Texans. I have the utmost respect for Coach O’Brien and that will not change. Now, I’m ready to play for the Cardinals.

“This is being blown way out of proportion,” Hopkins tweeted. “As I’ve said before, I enjoyed and am proud of my time with the Texans. I have the utmost respect for Coach O’Brien and that will not change. Now, I’m ready to play for the Cardinals.”

Sources told ESPN on Wednesday that the issues with Hopkins and the team were related to the player’s contract and that the relationship between the franchise receiver and O’Brien, who is also the Texans’ general manager and is now in charge of contracts, was not good.

Hopkins’ representatives had told the Texans weeks before the trade that Hopkins wanted a new deal paying him somewhere between $18 million and $20 million per year, sources told ESPN’s Dianna Russini. The team was told he would not show if he didn’t get the deal, the sources said, so the Texans moved forward with the trade.

As for the remarks Irvin made about Hopkins’ “baby mamas,” sources told Russini that was not an issue.

Hacked! – You Can Now Use Signal to Blur Faces in Photos