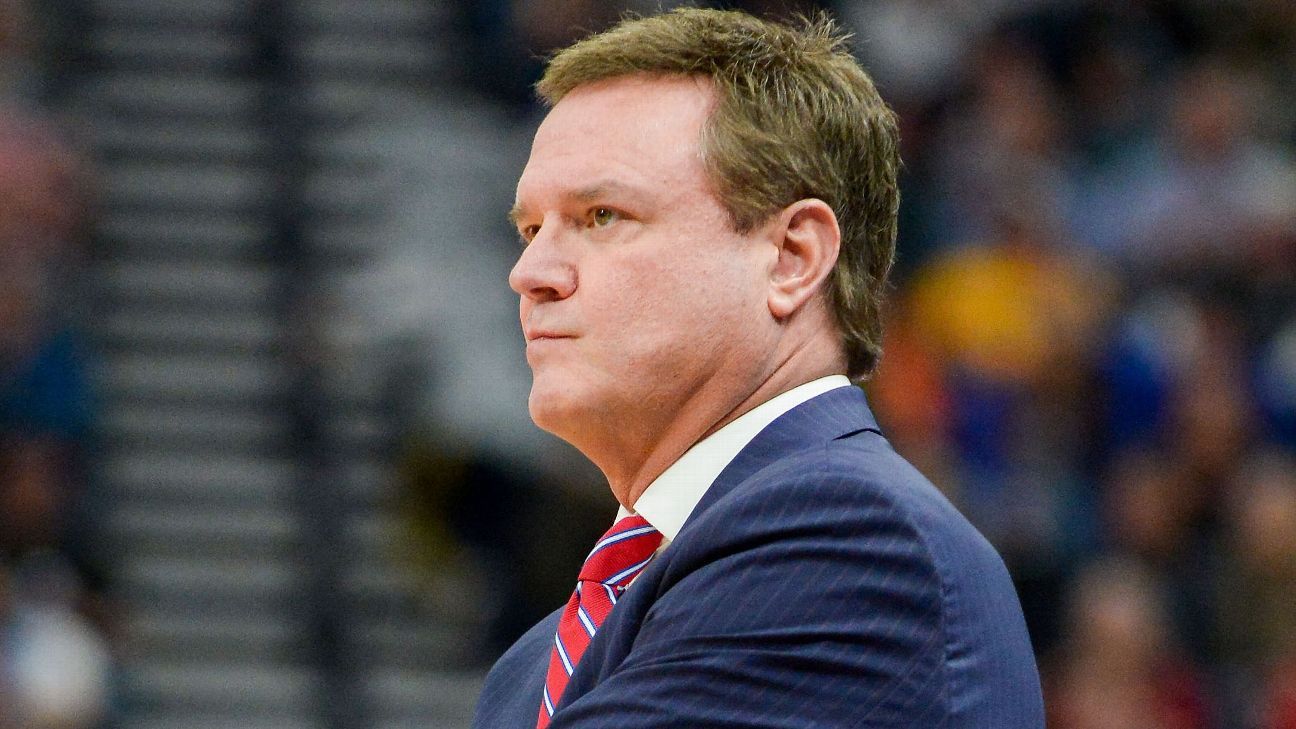 The University of Kansas is disputing all allegations of wrongdoing by its men’s basketball program that have been levied by the NCAA, the school said in its reply to the NCAA on Thursday.

The NCAA served Kansas with a notice of allegations in September stemming from the college basketball bribery scandal that led to the criminal prosecution of several former Adidas employees and consultants. The notice included five Level I violations, the most serious under NCAA rules.

Among the most serious charges were lack of institutional control by the school and head coach responsibility violations by Jayhawks coach Bill Self. The football program was cited for Level II violations.

In its response issued Thursday, Kansas stated: “In this case, stemming from federal criminal trials in 2018, there are several facts that are in dispute; there are assumptions made; and, perhaps most importantly, there are unprecedented and novel theories put forward that, if found to have merit by the Panel, would dramatically alter the collegiate sports landscape in ways not contemplated by the Membership.

The Jayhawks’ statement goes on to say, “The University formally challenges each of the men’s basketball related allegations in the Amended Notice of Allegations (“ANOA”) as neither NCAA legislation nor the facts support the enforcement staff’s allegations.”

Specifically, the university and Self dispute that Adidas or its employees were acting as boosters for the program.

Adidas and its employees were at the center of a federal investigation into bribes and other corruption in college basketball over the past two years. The Jayhawks are the company’s flagship program and signed a 14-year, $196 million apparel and sponsorship extension in April.

“Of particular concern to the institution, is the NCAA’s assertion that Adidas, and Adidas employees and associates, were representatives of the University’s athletics interests (as defined by NCAA legislation) during the period of the alleged violations and therefore acting on the University’s behalf when they engaged in alleged violations of NCAA bylaws,” the university statement said. “The evidence however, based mainly on trial testimony, fails utterly to support a conclusion that Adidas or any Adidas employees acted as representatives of the University during the period in question. Individuals formally associated with Adidas acted in their own interests when they gave money to the family and guardians of student-athletes.

“In fact, sworn testimony makes clear that these former Adidas associates went to great lengths to conceal their activities from Kansas and its basketball staff. The University did not know and, as the evidence reveals, could not have reasonably known, about the conduct of these persons formerly affiliated with Adidas.”

The NCAA enforcement staff has 60 days to reply to Kansas’ response, and then a hearing before the NCAA Division I Committee on Infractions would potentially be scheduled as early as six to eight weeks later.

There’s also a possibility the case will be resolved through NCAA’s independent accountability resolution process, which the governing body created last year to handle high-profile cases involving potentially serious infractions. Independent investigators, advocates and decision-makers with no direct ties to NCAA member schools further investigate the case, if necessary, and then adjudicate a ruling. Under those procedures, there is no appeal to the independent resolution panel’s ruling.

Memphis was informed on Wednesday that it would be the first school to go through the independent accountability resolution process. The case is related to the Tigers’ recruitment of former basketball star James Wiseman.

In its statement Thursday, Kansas called the NCAA enforcement staff’s position “a never before alleged theory.”

“Stated otherwise, according to the enforcement staff, every corporate sponsor and most, if not all, individuals associated with the sponsor are boosters of every institution with which the sponsor does business,” the statement said. “This theory, if adopted by the Panel, would have far reaching ramifications throughout the Membership given the universal use of corporate sponsorships throughout Division I athletics. Moreover, as is explained in the Response, under the terms of NCAA legislation, innumerable current and former student-athletes would be ineligible due to their pre-enrollment participation in non-scholastic events and on non-scholastic teams that were provided financial support by Nike, Under Armour, Adidas, and others.”

After the No. 1 Jayhawks’ 75-66 victory over TCU on Wednesday night, Self told reporters the NCAA allegations haven’t been a distraction.

“To be candid with you, I haven’t had much to do with it,” Self said after Kansas clinched a share of the Big 12 regular-season title with the win. “I haven’t let that bog me down as a distraction. It certainly won’t moving forward. That was something that had to happen from a mandatory standpoint, but it is no more than what it was three or four months ago. It’s the next play.”

In September, former Adidas consultant T.J. Gassnola was sentenced to probation and fined for his role in pay-for-play schemes to steer recruits to Kansas and other Adidas-sponsored programs.

An attorney for former Adidas executive James Gatto told a jury during closing arguments at an October 2018 trial that his client approved a $20,000 payment to current Kansas player Silvio De Sousa‘s guardian only after Self and Jayhawks assistant Kurtis Townsend requested the payment through Gassnola.

Gatto was accused of working with Gassnola to facilitate $90,000 from Adidas to former Jayhawks recruit Billy Preston’s mother and agreeing to pay $20,000 to Fenny Falmagne, De Sousa’s guardian, to help him “get out from under” a pay-for-play scheme to attend Maryland, which is sponsored by Under Armour.

The NCAA also included allegations that Gassnola provided $15,000 to an unidentified individual to give to the mother of recruit Deandre Ayton, who signed with Arizona, and that Gassnola “communicated in a text message to Self that he had let Self down” when Ayton signed with the Wildcats.

The NCAA alleges that Gassnola provided an impermissible benefit to another recruit, whose name was redacted in the notice of allegations, “in the form of an indeterminate amount of cash through a wire transfer.” Former Adidas consultant Dan Cutler is accused of having impermissible contact with a recruit and promising that he and Adidas would ensure that the recruit’s “parents could attend his games by providing financial assistance for their travel expenses.”

The university contends that Self wasn’t aware of the alleged violations and promoted an atmosphere of compliance and fully monitored his staff.

“As is laid out in great detail in the Response, there is no reasonable conclusion that members of the University, including the men’s basketball staff, knew or should have known about any violations of NCAA rules,” the statement said. “Head Coach Bill Self had no knowledge of any NCAA rules violations or illicit conduct exhibited by Adidas, its employees or its consultants. In addition, as the University noted in September 2019, voluminous evidence demonstrates uncontestably that Coach Self did, in fact, promote an atmosphere of compliance and fully monitor his staff. The charges leveled against Coach Self are not based on fact.”

Hacked! – 30 Useful 3D Printing Ideas and Projects for Your Home

Sports Today – Answering the latest questions as college football preps for a return...