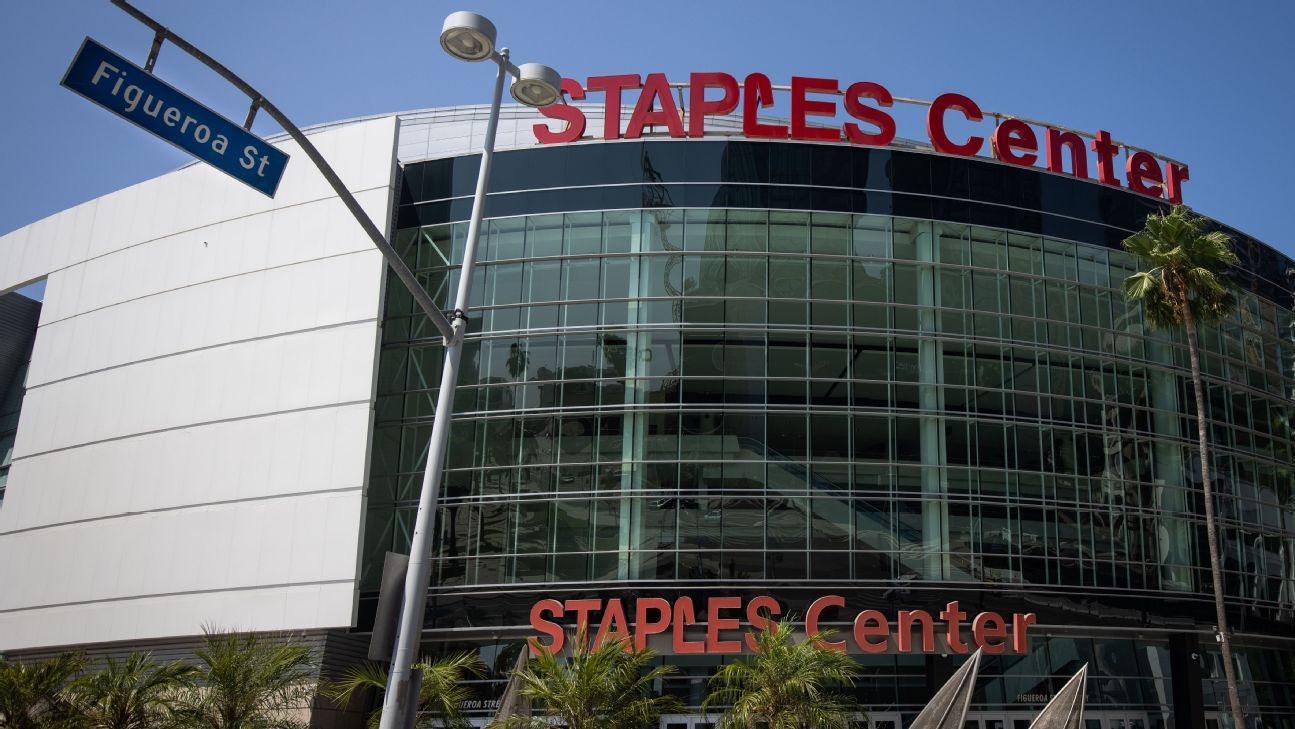 Thousands of people gathered outside Staples Center after the team beat the Miami Heat in the bubble in Lake Buena Vista, Florida, created to protect players from the coronavirus.

Celebrations were mostly peaceful, but some rocks and bottles were thrown at officers, KABC-TV reported. Videos posted online showed cars doing “donuts” and fireworks being set off in the street, which is illegal without a permit, KCAL-TV reported.

Witnesses told the Los Angeles Times that officers fired “beanbag rounds” at one point, which sent some people running.

A few officers on horseback worked to push the crowd away from Staples Center, where the Lakers usually play. Later in the night, the large gathering fractured into several groups, and some people were detained.

Los Angeles Mayor Eric Garcetti discouraged public gatherings to celebrate the win, instead urging fans to cheer on the team from home.

“As we cheer our @Lakers’ 17th championship, please remember it’s still not safe to gather in groups,” the mayor tweeted in reference to the COVID-19 pandemic.

Hollywood Today – Comedian Jeff Ross Denies Having a Sexual Relationship With a Minor...