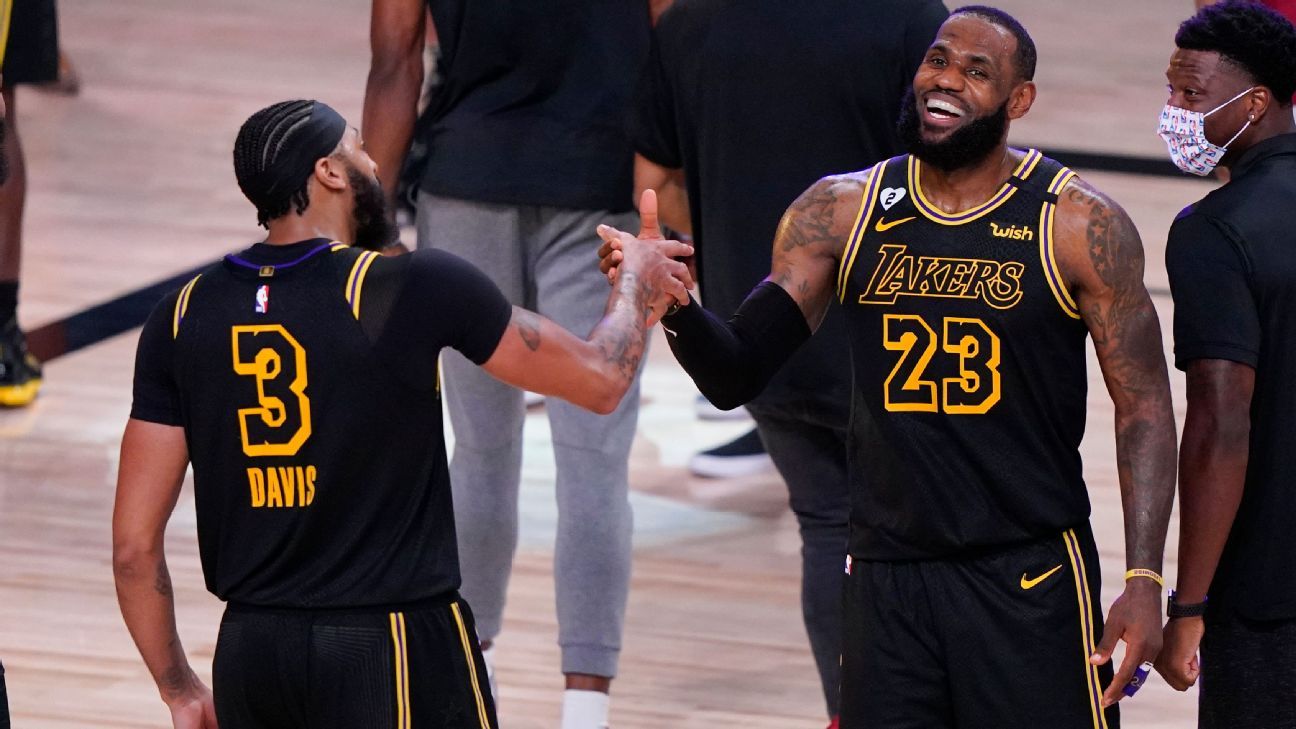 The Los Angeles Lakers will try to win their 17th NBA championship in Black Mamba fashion.

The Lakers will wear their “Black Mamba” uniforms, which are styled in honor of the late Kobe Bryant, in Game 5 on Friday.

They were slated to wear the black alternative uniforms in Games 2 and 7 of the NBA Finals, a team source confirmed to ESPN. But on Friday, the Lakers can clinch the title, as they lead the Miami Heat 3-1 in the best-of-seven series.

The Lakers are 4-0 this postseason when wearing the Black Mamba uniforms, designed by Nike in collaboration with Bryant.

Lakers coach Frank Vogel, LeBron James and Anthony Davis have spoken often about trying to channel Bryant’s legendary “Mamba mentality” and relentless desire to win. This Lakers team dedicated the rest of the season to Bryant — who played all 20 seasons of his career in the purple and gold — following his death.

Bryant and his daughter Gianna were among nine people killed in a helicopter crash outside Los Angeles in January.

James and Davis got tattoos in honor of Bryant. The team chants “1-2-3 Mamba!” when breaking huddles.

Davis hit a game-winning, buzzer-beating 3-pointer against the Denver Nuggets in Game 2 of the Western Conference finals and said the Black Mamba uniforms worn by the Lakers for that contest provided inspiration.

“Obviously, we’re representing him,” Davis said afterward. “Especially in those jerseys. It’s his jersey, one he created, and any time we put it on, we want to win.”

The Lakers first wore the Bryant-inspired uniform on Jan. 26, 2018, against the Chicago Bulls — two years to the day before Bryant’s death.

The alternate uniform is part of the “Laker Lore Series,” which included a jersey inspired by Magic Johnson in 2018-19 and another by Shaquille O’Neal in 2019-20.

The Lakers’ Black Mamba uniform features a snakeskin print and drop shadows on the numbers, a flashback to a detail from the Lakers uniforms when Bryant was a rookie in 1996-97.

Trending – Barbie Forteza to Jak Roberto on 3rd anniversary: You’re one of the...