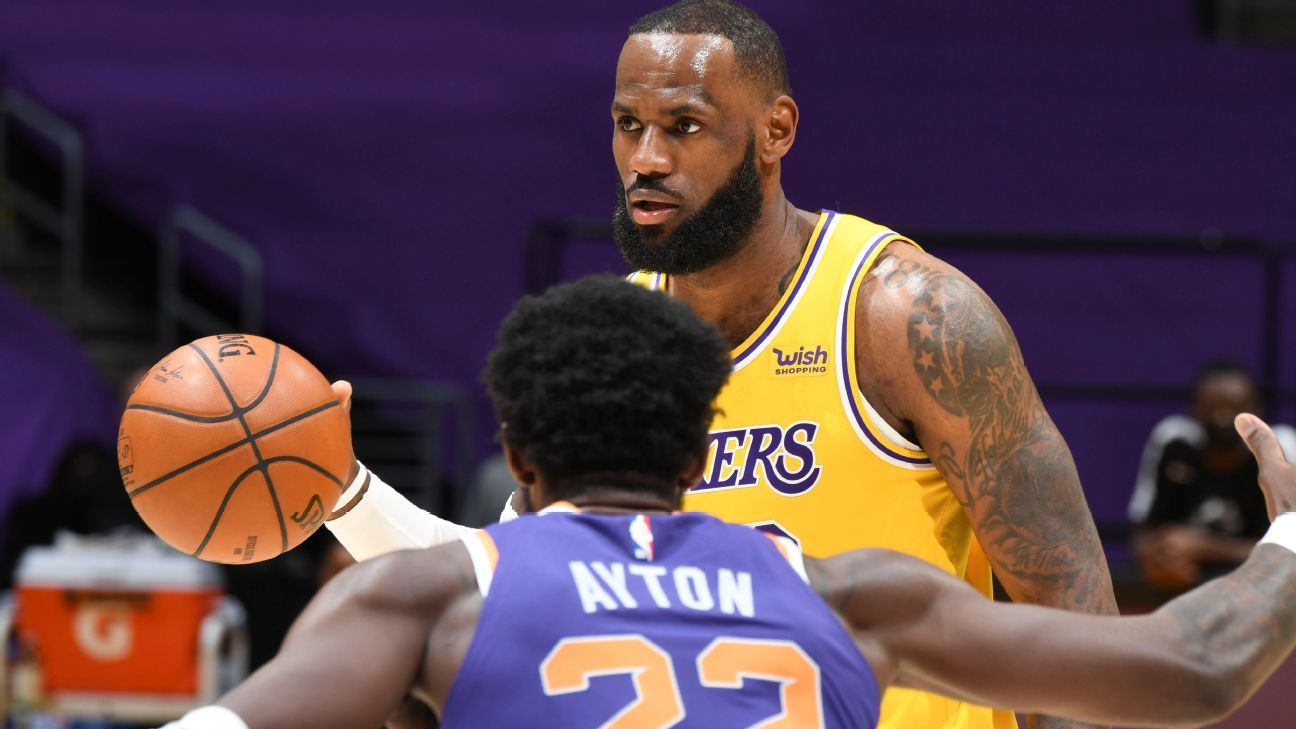 LeBron James will miss his first game of the season when the Los Angeles Lakers play a road game against the Sacramento Kings on Wednesday in their final game before the NBA All-Star break, the Lakers said.

James did not accompany the team on its flight to Sacramento following a 114-104 loss to the Phoenix Suns on Tuesday night, according to a team spokesperson.

Heading into the Suns game, James was listed as probable with a left ankle sprain, which he suffered earlier in the season. He will receive treatment while he is in L.A., according to the team.

He will still report to Atlanta this weekend to participate in his 17th straight All-Star Game, according to The Athletic.

L.A. could be very short-handed for the second night of its back-to-back in Sacramento as Anthony Davis (right leg) is also ruled out, while Marc Gasol (health and safety protocols), Kyle Kuzma (bruised right heel) and Alex Caruso (neck spasms) were all on the injury report after the Suns game.