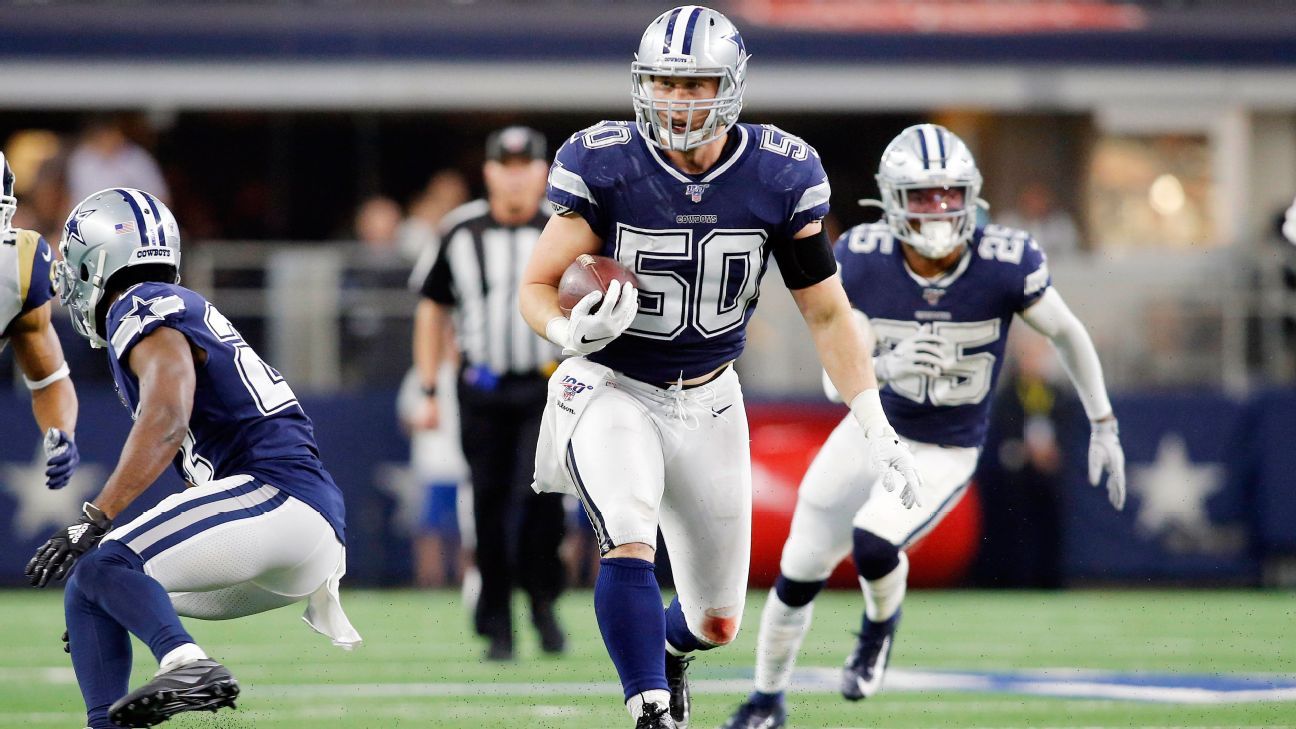 FRISCO, Texas — Sean Lee has made a decision on his status for 2020.

While a return to the Dallas Cowboys for an 11th season is not out of the question, Lee is set to become a free agent in March. Lee, who will turn 34 in July, played in every game last season and was credited by the coaches with 109 tackles, which was second on the team.

“Just love the game and feel like I can still help a team win,” Lee said. “It’s always great to be part of the NFL and play the game you love.”

Lee, the Cowboys’ second-round pick in 2010, has contemplated retirement in each of the past two seasons but felt buoyed by how he played in 2019, especially later in the season when he saw more time after Leighton Vander Esch suffered a neck injury that effectively ended his season.

Vander Esch had a minimally invasive procedure performed on his neck in January and is expected to make a full recovery and be available for the offseason program. Jaylon Smith was added to the Pro Bowl as an injury replacement after leading the Cowboys in tackles. He signed a five-year, $65 million deal last summer.

Lee, who opened the season as the strongside linebacker and saw few snaps because of how much the Cowboys use their nickel defense, and Joe Thomas are scheduled to be free agents. Thomas played for new Cowboys coach Mike McCarthy and assistant coach Scott McCurley for four seasons in Green Bay before joining the Cowboys in 2018.

Sports Today – Jim Nantz went from hearing Tiger talk about golf in the...

Trending – Bianca Umali speaks up on viral photo: Everyone is beautiful