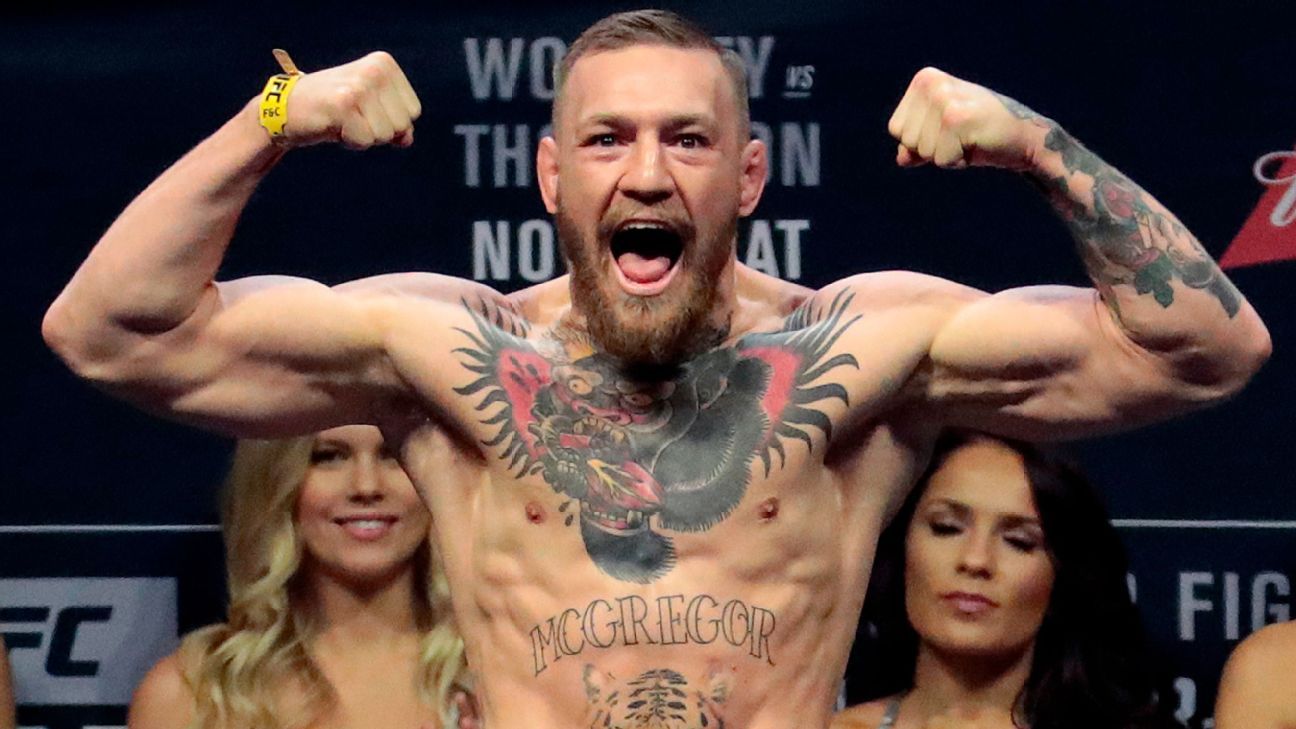 It would appear Conor McGregor is itching for a fight, and he’d like it to be against the UFC’s newly crowned interim lightweight champion, Justin Gaethje.

McGregor (22-4) took to social media on Monday, to offer his thoughts on the current 155-pound landscape. A former two-weight champion, McGregor demanded to fight Gaethje next. Gaethje is coming off a fifth-round TKO of Tony Ferguson on Saturday, and is expected to face undisputed champion Khabib Nurmagomedov in a unification bout next.

“The fans make the sport!,” McGregor wrote on Twitter. “Watching the other night, I was against going in without them. But it will be my f—ing pleasure to display the power I possess with zero background noise for them. It’s me and Justin next, as Khabib is the biggest bottle fighter in the game. Guarantee it.

“Justin, there is no danger in a man that hugs legs, we all know. Try and dance around what the real threat is here all you want. I am going to f—ing butcher you. Your teeth. I’m going to put them on a f—ing necklace. Speak on my skills as a father? You are f—ing dead.”

McGregor may have been referring to a tweet from Gaethje in September 2019, in which Gaethje called him a “s— human, father and husband.”

McGregor, 31, also praised Ferguson’s toughness in his TKO loss to Gaethje. It was Ferguson’s first loss in 13 appearances.

Ali Abdelaziz, who manages both Nurmagomedov and Gaethje, and has frequently been a target of McGregor’s criticisms as well, told ESPN there is no chance McGregor would jump the line to a title fight.

“He had a chance to fight Justin in January, and he picked [Donald ‘Cowboy Cerrone] instead,” Abdelaziz said. “He picked the easier fight. Now, the two kings of the division will fight. Maybe Conor can fight someone in the co-main event.”

McGregor’s social media outburst comes just days after he told Nate Diaz to “sign the contract,” in an comment on Instagram. UFC president Dana White has confirmed McGregor is interested in fighting sometime this summer, but said they have not discussed a specific date or opponent yet.

Hacked! – How a Flea Circus Works