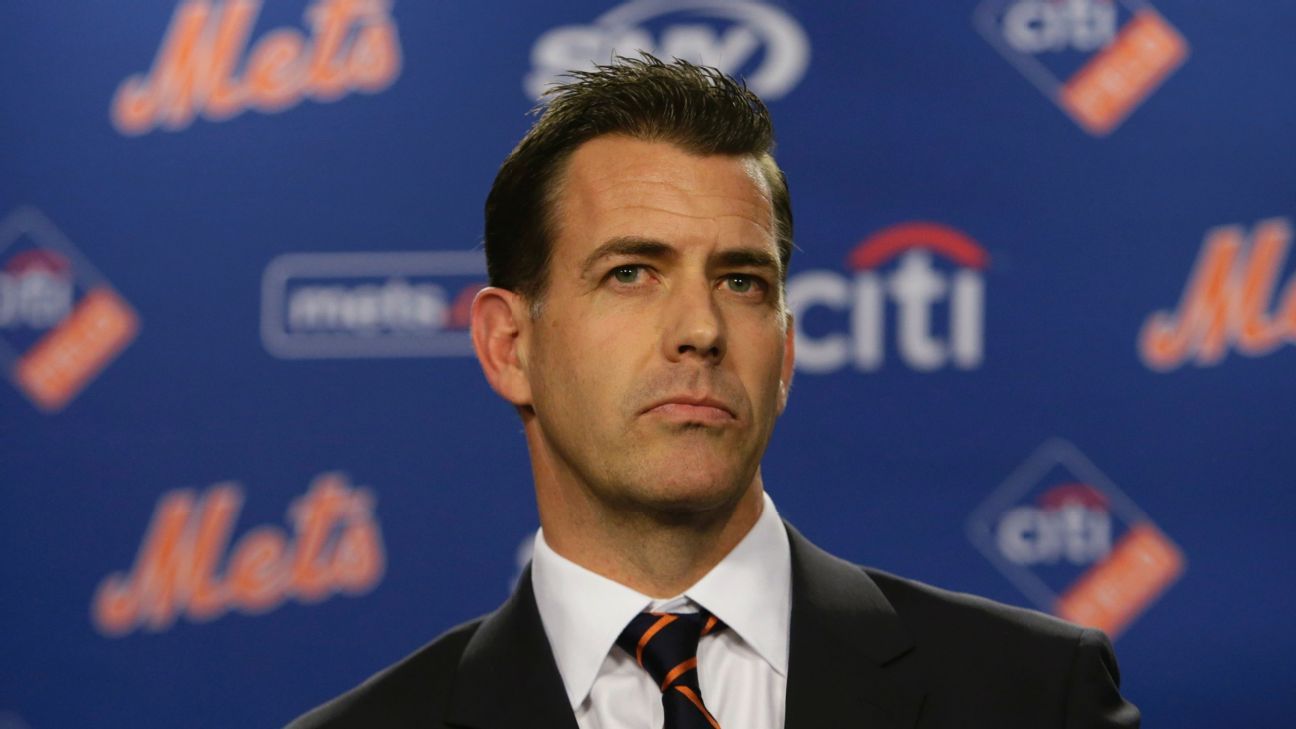 New York Mets general manager Brodie Van Wagenen apologized Thursday night, saying he falsely accused MLB commissioner Rob Manfred of proposing a plan that would have had players stage a one-hour walkout during New York’s scheduled home game against the Miami Marlins instead of not playing at all.

Van Wagenen’s initial comments, in which he criticized the commissioner as someone who “doesn’t get it,” were caught on video and spread on social media earlier Thursday. In them, he alleged that Manfred wanted the Mets and Marlins to walk off the field together shortly before the scheduled 7:10 p.m. ET first pitch, then come back and play at 8:10.

“Jeff Wilpon called Commissioner Manfred this afternoon to notify him that our players voted not to play,” Van Wagenen said in the statement. “They discussed the challenges of rescheduling the game. Jeff proposed an idea of playing the game an hour later. I misunderstood that this was the Commissioner’s idea. In actuality, this was Jeff’s suggestion. The players had already made their decision so I felt the suggestion was not helpful. My frustration with the Commissioner was wrong and unfounded.”

Van Wagenen later told reporters that he apologized to Manfred on the phone, noting that he recognized “it was a disrespectful move to his office and to him.”

“In talking with both the commissioner and Jeff in the aftermath of my video coming out, I recognize there was brainstorming about suggestions,” he said. “That it wasn’t Rob and his leadership that was requiring, or suggesting, or mandating anything …”

Mets CEO Fred Wilpon also apologized to Manfred, saying in a statement that Van Wagenen’s remarks were in no way “reflective of my views or the organization’s” of the commissioner, whom he called “a great leader of Major League Baseball.” Jeff Wilpon said the GM’s “misunderstanding of a private conversation was and is inexcusable.”

The Mets and Marlins followed others across baseball in not playing Thursday night.

The teams came out and lined up along the Citi Field baselines, and Mets starters took their positions in the field. They stood for a 42-second moment of silence, in honor of Jackie Robinson, with Friday being Jackie Robinson Day across baseball. A Black Lives Matter shirt covered home plate.

They then left the field.

About an hour later, Manfred issued a statement.

“Over the past two days, players on a number of Clubs have decided not to play games,” he said. “I have said both publicly and privately that I respect those decisions and support the need to address social injustice. I have not attempted in any way to prevent players from expressing themselves by not playing, nor have I suggested any alternative form of protest to any Club personnel or any player. Any suggestion to the contrary is wrong.”

Van Wagenen, 46, was hired in October 2018 as Mets general manager after a career as a high-profile agent. A number of bold trades have backfired during his tenure, and the Mets are currently 13-16.

Following the Mets’ 5-4 victory against the Marlins on Wednesday, outfielder Dominic Smith held an emotional media session during which he was brought to tears, saying of the police brutality against Black men: “I think the most difficult part is to see people still don’t care. For this to continuously happen, it just shows the hate in people’s heart. Being a Black man in America — it’s not easy.”

Smith’s reaction resonated throughout baseball, and after three games were postponed Wednesday, a number of players and teams decided against playing Thursday.

“We showed our action tonight,” Smith said Thursday night. “We’re not just gonna shut up and dribble, shut up and play ball, we’re going to stand for what we believe in.”

It was Smith who led the Mets onto the field Thursday night.

“After seeing the comments Dom made last night, it’s not just about Dom, but it really touched all of us in the clubhouse,” Mets outfielder Michael Conforto said.

The Los Angeles Dodgers and San Francisco Giants had considered the possibility of going onto the field and walking off before they postponed their game Wednesday night, sources told ESPN’s Jeff Passan.