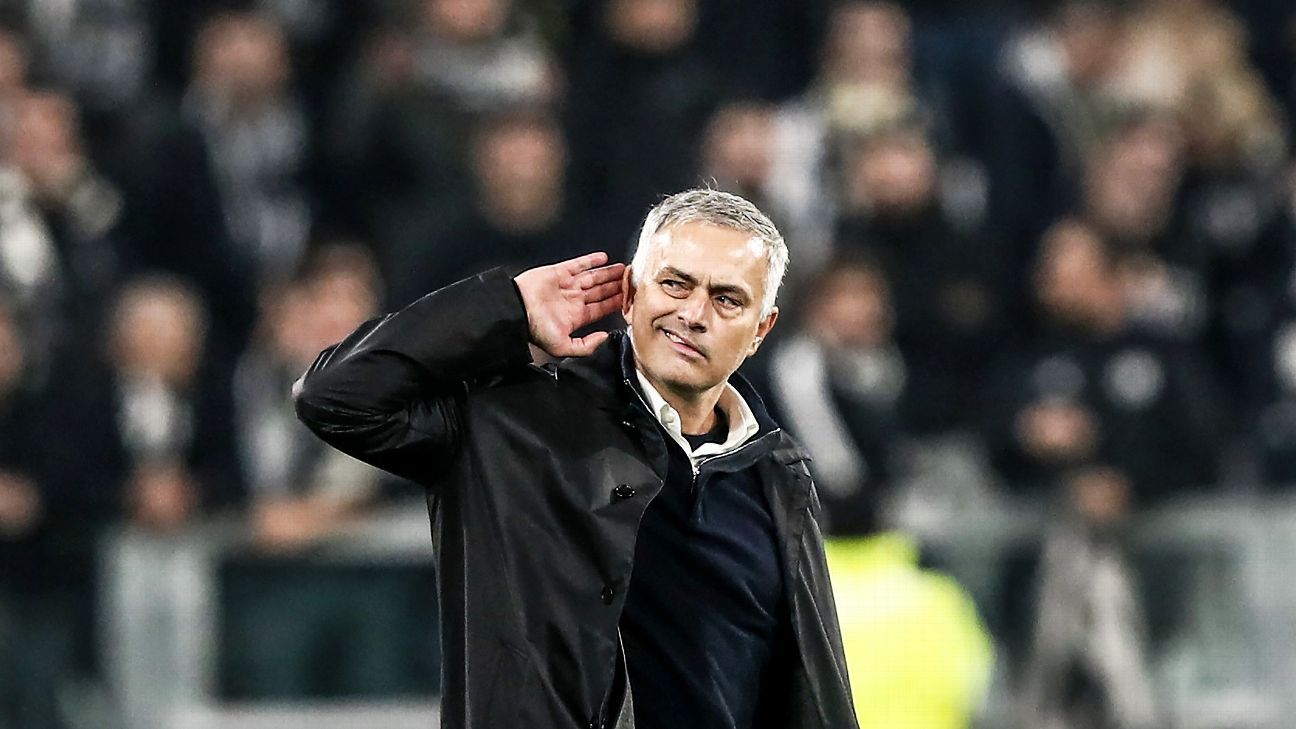 Jose Mourinho has made a surprise return to football after being announced as the new AS Roma manager for next season, signing a three-year contract.

Mourinho was sacked as Tottenham manager on April 19 but has made a quick return, the Serie A club confirmed on Tuesday.

“Thank you to the Friedkin family for choosing me to lead this great club and to be part of their vision,” Mourinho said.

“After meetings with the ownership and Tiago Pinto, I immediately understood the full extent of their ambitions for AS Roma. It is the same ambition and drive that has always motivated me and together we want to build a winning project over the upcoming years.

“The incredible passion of the Roma fans convinced me to accept the job and I cannot wait to start next season.

“In the meantime, I wish Paulo Fonseca all the best and I hope the media appreciate that I will only speak further in due course.”

– Serie A on ESPN+: Stream LIVE games and replays (U.S. only)
– Social media reacts to Mourinho’s Serie A return
– Olley: Inside Mourinho’s stormy spell at Spurs

The former Porto, Inter Milan, Chelsea and Manchester United manager will take over from Fonseca, who will leave the club at the end of the season.

“We are thrilled and delighted to welcome José Mourinho into the AS Roma family,” club president Dan Friedkin and vice president Ryan Friedkin said.

“A great champion who has won trophies at every level, Jose will provide tremendous leadership and experience to our ambitious project.

“The appointment of Jose is a huge step in building a long-term and consistent winning culture throughout the club.”

The news comes two days ahead of Roma’s Europa League semifinal second leg against Manchester United, a game in which they trail 6-2 on aggregate. Sources had told ESPN that a move for Maurizio Sarri, the former Chelsea and Juventus coach, was “80% done” and a verbal agreement was in place, before Roma made the shock announcement of Mourinho.

Roma are seventh in Serie A, 14 points outside of the Champions League qualification positions and nine points behind rivals Lazio.

Roma general manager Pinto added: “When Jose became available, we immediately jumped at the chance to speak with one of the greatest managers of all time.

“We were blown away by Jose’s desire to win and his passion for the game: no matter how many trophies he has won, his primary focus is always on the next one. He possesses the knowledge, experience and leadership to compete at all levels.

“We know that in order to build a successful sporting project it takes time, patience and the right people in the right positions. We are supremely confident that Jose will be the perfect coach for our project, for both our immediate and long-term future.”