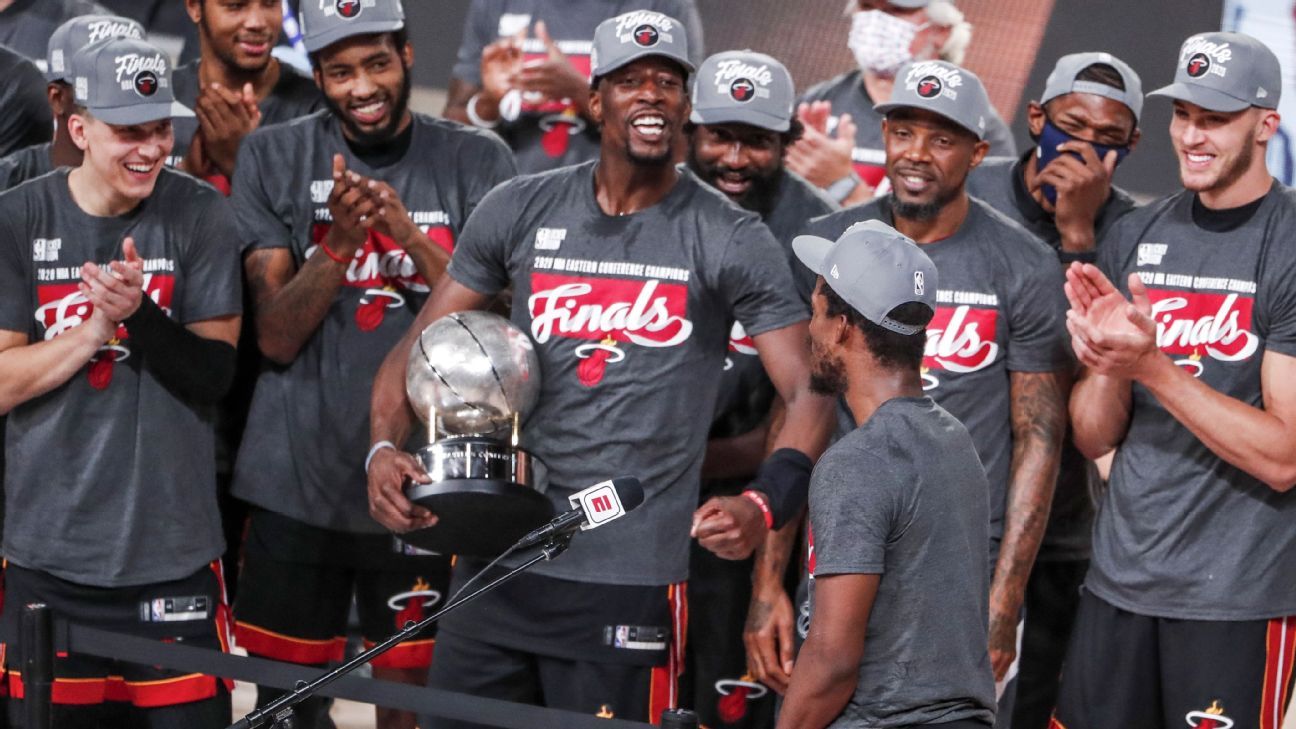 The 2020 NBA Finals matchup is officially set (Game 1 on Wed., 9 p.m. ET on ABC). LeBron James and the Los Angeles Lakers beat the Denver Nuggets on Saturday to advance to the Finals for the first time since 2010. On Sunday, the Miami Heat closed out the Boston Celtics to punch their ticket. They have not been to the Finals since James left as a free agent in 2014.

This will be James’ 10th Finals appearance, but his first against his former team. The three-time Finals MVP won two titles with the Heat and a third with the Cleveland Cavaliers in 2016. Both the Heat and the Lakers missed the playoffs last season.

After the Heat clinched, players and Heat alumni congratulated the team few expected at the start of the season to be one of the final two standing.

Damn. Legendary. Blessed to play for you. 🙏🏼🤝🔨 pic.twitter.com/HXtAnwdoNC

thankful for the culture, a moment. pic.twitter.com/wzCKrw1ZtE

Spoelstras underrated. Tyler Herros fearless. And Iggys a winner. Butler blazed his own trail and thrives under pressure. Gonna be a great #NBAFinals

@andre in the finals again. 🔥

I am happy for @Goran_Dragic !!

BIG FACE COFFEE FOR EVERYONE haha on Jimmy tho

Social media congratulated James and the Lakers on Saturday night after they emerged from the West, one of the teams many thought could make a deep playoff run before the season began.

@Lakers going to @NBA Finals!! And now for the championship! @nuggets are a good team. They played hard to the end. Now let’s enjoy this victory! #NBA #LAKERS

Happy for the Lakers and the fan base. Their fans deserve it

Others shared their excitement over the matchup betwen James and his former team.

Bron locked in. Bron v Heat in the finals 👀

I can’t wait to watch these #NBAFinals!! @Lakers vs @MiamiHEAT! 👏👏👏

The million dollar question is who will @DwyaneWade be cheering for?? His former team, the Heat, or his best friend LeBron James 🤔😂

Some thought the Lakers would be here in the NBA Finals — and not many thought of the Heat — but there was one player who had the foresight to call this matchup. JR Smith was a free agent in February, but his prediction game was on point.

JR Smith got the Lakers and Heat making the NBA Finals pic.twitter.com/G7wkKADMy7

Trending – IN PHOTOS: Joyce Pring and Juancho Triviño go on honeymoon in Palawan