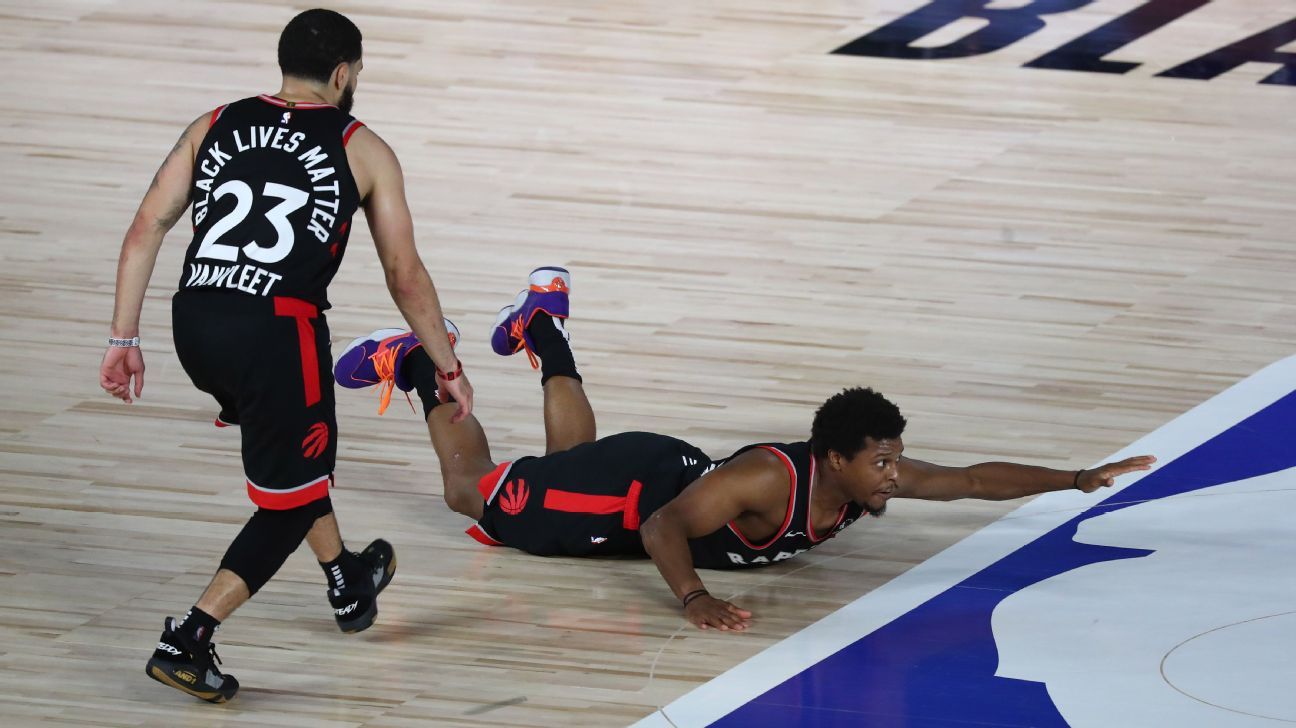 It took 58 minutes and 247 points, but the NBA’s defending champions refuse to give up the crown easily.

The Toronto Raptors forced a Game 7 on Wednesday night in a thrilling 125-122 double overtime victory over the Boston Celtics, with a spot in the Eastern Conference finals now on the line Friday night. Eight players played over 50 or more minutes in Game 6, the most in a playoff game in NBA history. The Raptors and Celtics combined for 35 points in the second overtime, tied for the third-most in an overtime period in NBA postseason history.

The league’s stars went to Twitter to react to what many deemed an “instant classic” inside the bubble.

Instant classic. Best game of the bubble and it forces a game 7.

This game is SO GOOOOOOOOOD

Best game in the bubble so far!! Celtics/Raptors #Respect 🙏🏾

Nothing but respect for @Raptors & @celtics they givin us a classic!

Playoffs in the bubble hit different!

Kyle Lowry pads the Raptors’ late lead against the Celtics in double overtime.

Kyle Lowry, played 53 minutes while putting up 33 points and 8 rebounds in the win. However, his last two points were memorable, nailing a clutch jumper over Kemba Walker to essentially secure the game. Lowry, who now has three 30-point games when facing elimination, passed Vince Carter for most in franchise history. His NBA peers heaped praise on the 6-time All-Star following his performance.

That’s what I’m talking about, @Raptors. On to game 7! #WeTheNorth

MORE: No one expected the Raptors to be here, and that’s fine with them

Hollywood Today – Watch the New Saved By the Bell Make Fun Of Itself...

Hollywood Today – ‘Riverdale’ Production Shut Down Due to Coronavirus Scare

Hacked! – How to Organize Your Refrigerator Shelf by Shelf

Hacked! – 5 Outdoor Virtual Tours to Get Back to Nature With Hikes, Dives,...