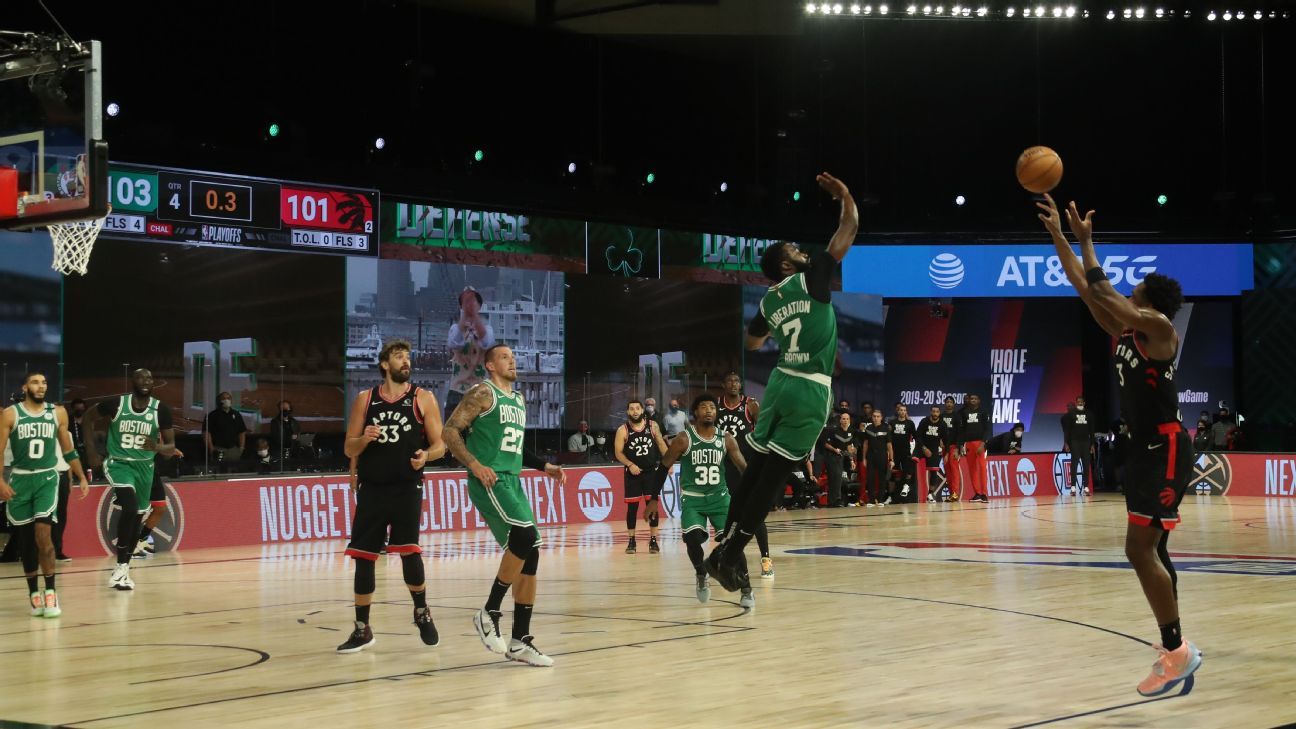 After playing three of their starters 40-plus minutes and fighting for their playoff survival, the Toronto Raptors were staring a 3-0 deficit to the Boston Celtics in the face and were down to their final second. Make that a half-second.

Kemba Walker, who finished the game with 29 points, thought he had iced the game for the Celtics with an assist after finding a cutting Daniel Theis for a go-ahead dunk, leaving just 0.5 seconds on the clock and giving Boston a two-point lead.

With the game clock winding down, Kemba Walker weaves through traffic and delivers a beautiful no-look pass to Daniel Theis to give the Celtics the lead in the final second.

Coach Nick Nurse put the ball into his All-Star point guard’s hands, as Kyle Lowry had the daunting task of finding someone open with 7-foot-5 Tacko Fall guarding the inbounds play.

Somehow, Lowry found OG Anunoby open in the far corner, and the Raptors forward hit the franchise’s first buzzer-beater since Kawhi Leonard‘s memorable series-clinching buzzer-beater to eliminate the Philadelphia 76ers in the 2019 playoffs.

WHAT A PASS. WHAT A SHOT.

The league’s stars took to Twitter to react to Anunoby’s thrilling winner and the Raptors’ 104-103 win over the Celtics to keep.

OG THATS HOW YOU FEEL???

CJ McCollum noted how the Oklahoma City Thunder squandered a similar situation Wednesday night in their Game 7 loss to the Houston Rockets.

Crazy he got the shot off with .5 seconds and Kyle made a pass over an ultra footer . Wild wild wild wild game

Also, as Kyle Lowry said, that wasn’t the play. It was an improv in the moment, and an unbelievably gutsy one at that. So it’s easy to clown on OKC for not doing that, but that was just a great vet player making a smart play.

Who was the happiest person in the bubble aside from Anunoby? That would be Lowry.

Try not to smile looking at this photo…. pic.twitter.com/5rRb7qOPQa

Sports Today – LCS roundtable: Which team besides Cloud9 can make a deep playoff...