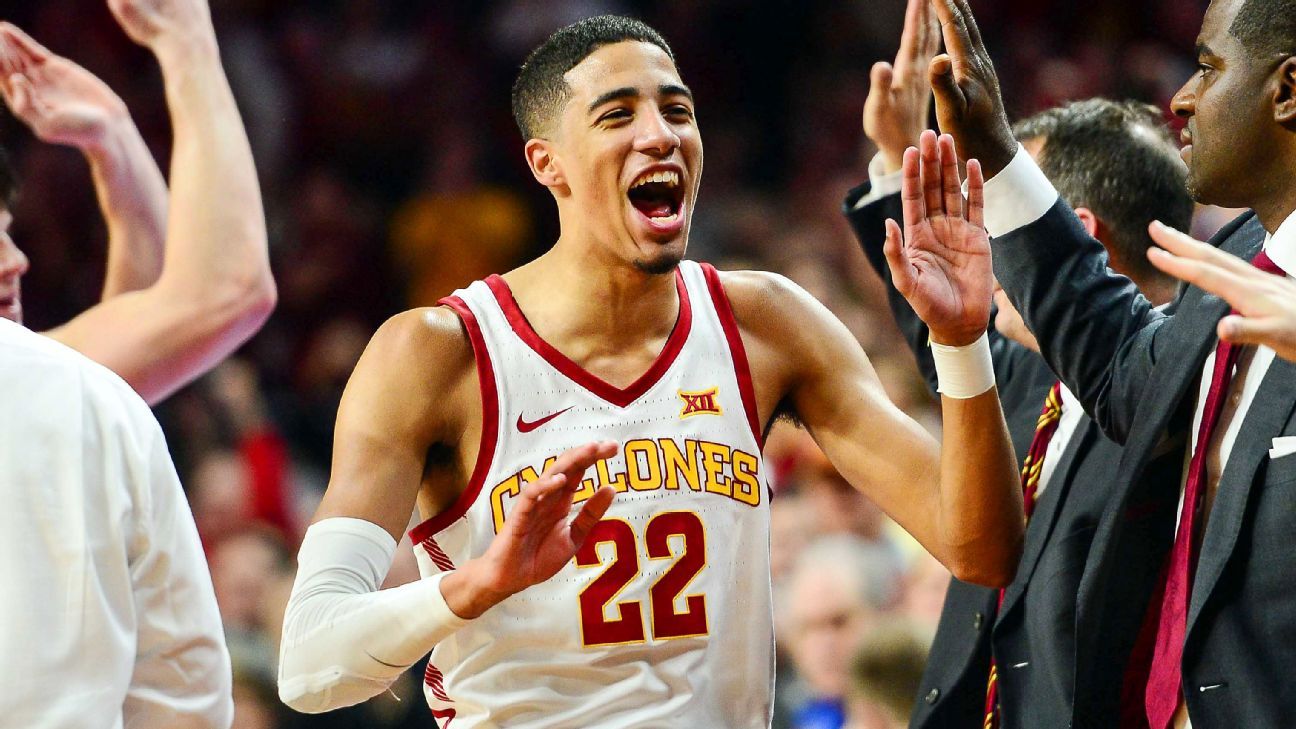 Haliburton, the No. 7 prospect in the ESPN Top 100, emerged as one of the draft class’ elite point guard prospects.

Haliburton averaged 15.2 points, 6.5 assists, 5.9 rebounds and 2.5 steals for the Cyclones. Despite his season being cut short due to a fractured wrist in February, Haliburton established himself as one of the most intelligent, versatile and efficient playmakers in the country.

Haliburton is a career 43 percent 3-point shooter in college.

Considered a mid-major recruit for much of his high school career, Haliburton made a rapid ascent in his game to become a likely NBA lottery pick. He took advantage of an injury to Iowa State’s starting point guard as a freshman and eventually emerged onto NBA radars with a strong showing at the FIBA U-19 World Cup last summer, leading Team USA to a gold medal.

Sports Today – Cancellations, upsets and the Pillow Fight of the...