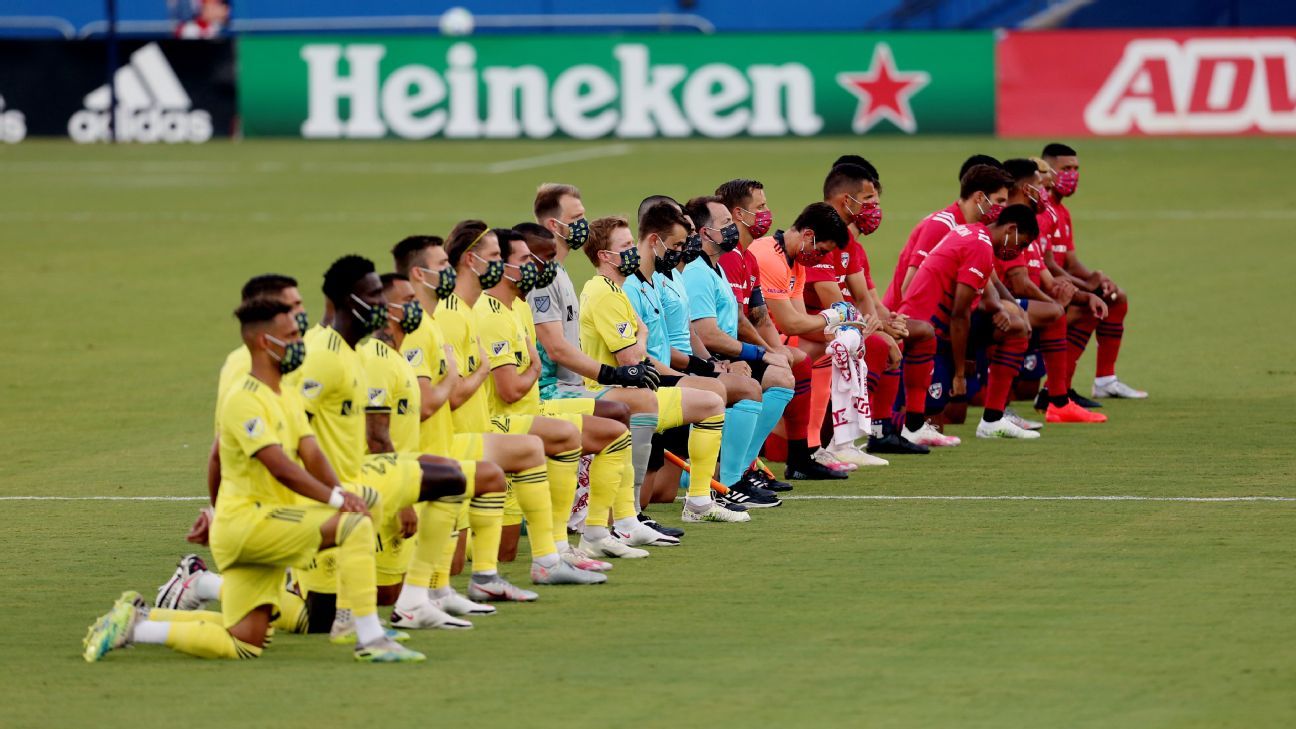 FC Dallas announced that players will remain inside their locker rooms for the playing of the national anthem prior to Sunday’s match against Nashville SC (stream live on ESPN+ in the U.S.), though there will be a moment of silence to promote racial equality.

“In consultation with our players and MLS, we have collectively decided to play the National Anthem before the players take the field for tonight’s match against Nashville SC,” the statement read. “Prior to the start of the game, there will be a moment of silence for the players, coaches and all in attendance to promote racial equality.”

The move comes in response to a series of incidents before, during and after Wednesday match between the same two sides. In response to the choice of players to kneel in support of the Black Lives Matter movement for the national anthem, some fans booed the players while another threw a bottle at them. An FCD spokesperson said the perpetrator who threw the object was ejected.

After the match, FCD defender Reggie Cannon was interviewed and expressed his displeasure at the response of some fans as “absolutely disgusting.” He added that, “You can’t even have the support of your own fans in your own stadium. It’s absolutely baffling to me.”

Cannon was subsequently subjected to death threats and racists posts on social media, with MLS commissioner Don Garber and FCD owners Dan and Clark Hunt issuing statements in support of the player.

An FCD spokesperson told ESPN that there would be enhanced security measures for Sunday’s game, though they declined to specify exactly what steps would be taken.