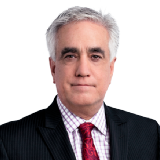 SAN DIEGO — When the wheels fall off, there’s not much you can do to go anywhere you want to get to. That’s kind of where the Houston Astros find themselves after losing Game 3 of the American League Championship Series in the MLB playoffs.

The Astros have played three games of the ALCS and it’s not a wild stretch to say they could have won all three games. Instead, they’ve lost them all, and unless they prevail in Game 4, their offseason will begin Wednesday night.

They have suffered major malfunctions in almost every area of playing the game, especially the ones that are most costly. In the end on Tuesday, the mounting gaffes and shortcomings left Houston losing 5-2 to the Tampa Bay Rays at Petco Park. As a result, the Rays can earn their second trip to the World Series with just one more victory.

Consider the Astros’ deficiencies during the first three games:

• Houston has left a combined 31 runners on base.

• Houston’s batters are a woeful 4-for-24 with runners in scoring position; but worse yet, they have no RBIs attached to any of those hits.

• Houston’s fielders have committed four errors, three of them by normally reliable second baseman Jose Altuve, who suddenly appears to have picked up a case of the yips at the worst possible time.

“We’re giving him all the support that we can,” Astros manager Dusty Baker said. “Nobody feels more sorry than Jose, because he takes it very serious and takes it to heart. It hurts us all to see him hurting.”

• Your guide to MLB’s bubble ballparks »
• ALCS preview: Rays vs. Astros »
• Astros?!? How angry should you be? »
• NLCS preview: Dodgers vs. Braves »
• Why Braves are big threat to Dodgers »
Playoff bracket, schedule and more »

Altuve is a former MVP and a key contributor to any kind of success the Astros have had — and for any chance they have to rally. What’s to be done? Catcher Mackey Sasser, pitcher Steve Blass and second basemen Chuck Knoblauch and Steve Sax are a few of the players who have suffered through the condition that makes players shiver — the yips. Sax was the only one of them able to overcome the situation, and he believes he knows what’s to blame for Altuve’s sudden downward spiral.

“I can feel for Jose,” said Sax, when reached by phone. “There’s nothing worse in the world. It’s the most lonely place to be. It’s embarrassing. It’s just awful. I hope he can grasp this as soon as possible, because this thing is very simple. It’s right in front of him. So many people are going to say, ‘Oh, Jose, you have a mental block.’ He doesn’t. He has a temporary loss of confidence. It has nothing to do with his mental state. Something triggered him to start questioning his ability, that’s why he’s doing this. When he gets his confidence, this will disappear.”

Altuve’s first-inning error in Game 2 on Monday was followed two pitches later by a three-run home run, and the Astros never recovered.

In Game 3, Altuve fielded a sharply hit ball that seemed primed for starting a 4-6-3 double play that would have emptied the bases and given Houston two outs in the sixth inning while still holding a 1-0 lead. Instead, his latest errant throw helped break open the floodgates for the Rays to score all five of their runs in the inning.

The MLB postseason is down to the final four. Here’s how they rank, each team’s strengths and weaknesses, and what they need to do to win it all. Power Rankings

“We really have our backs up against the wall,” Baker said. “It’s a steep mountain to climb, but it’s not impossible. We have to tighten our belts and put our big boy pants on and come out. Runs are very difficult to come by, especially when you’re not getting the big hit. It hurts to know that you’ve come so close to winning all three games. The breaks are certainly not going our way.”

The Astros will now have to turn to their remaining ace, Zack Greinke, who has been nursing an arm issue during the postseason. He will try to keep Houston’s season alive at least one more day. Greinke has failed to finish five innings in his two postseason starts this season and has a 5.20 ERA in those games.

Underscoring how close the Astros have been in this series, they have had the potential tying or go-ahead run either on base or at the plate in the ninth inning of each game.

“It hasn’t been easy,” Carlos Correa said. “Obviously, it’s not what we want, to leave runners in scoring position. We have tried. It just hasn’t happened. The big hit never came.”

As Baker added, “The way I look at it, we’re due to push some runners across.”

The Astros are left hoping they deliver on that in a potential elimination game on Wednesday.

Sports Today – ‘There was no Plan B’: How Pete Alonso overcame bullies to...