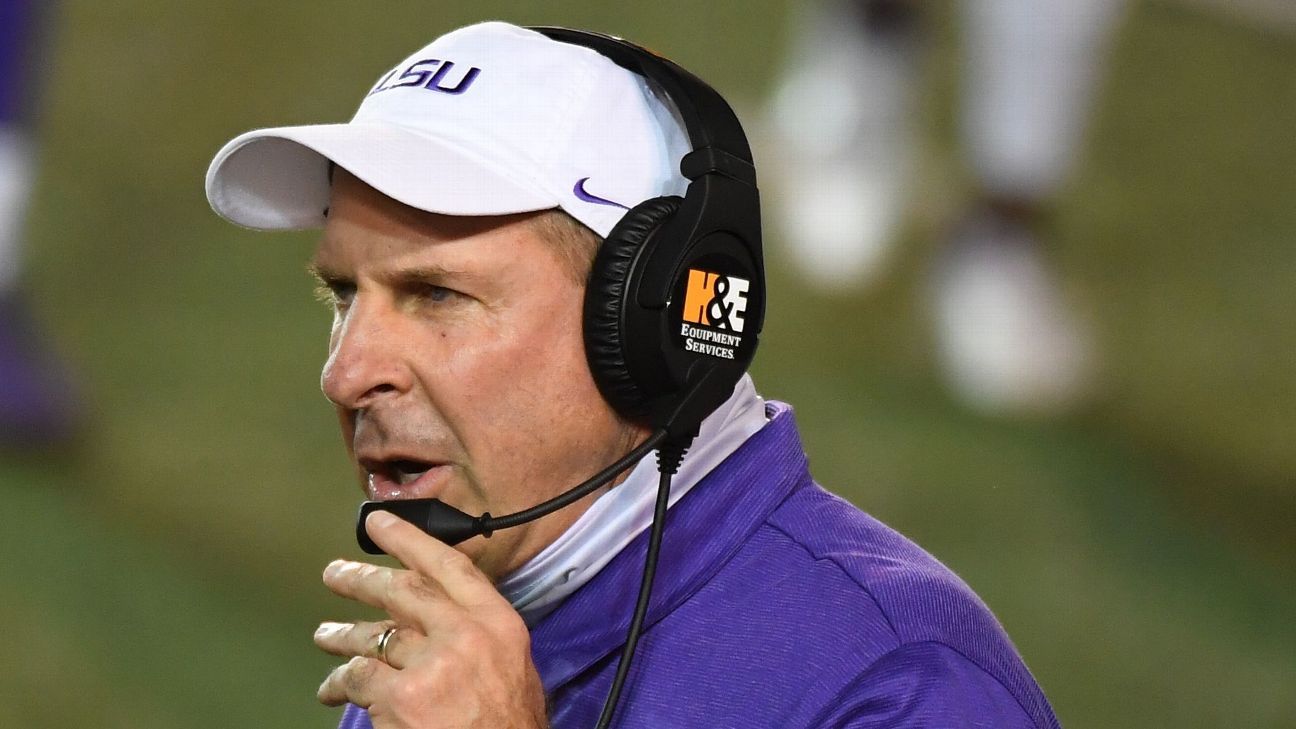 LSU coach Ed Orgeron on Monday called for schematic and personnel changes to his defense after it has allowed a school record 96 points through the first three games of the season.

Orgeron said he still has faith in defensive coordinator Bo Pelini and believes that the defense can turn things around following a 45-41 loss to unranked Missouri. Saturday’s loss dropped the Tigers to 1-2 and marked the first time a defending national championship team has lost two games to unranked opponents in its first three games of the season since the AP preseason poll began in 1950.

Orgeron said he told Pelini, the former Nebraska head coach who was brought in to replace Dave Aranda this offseason, to simplify the defense.

“I’d rather play one defense and get it right,” Orgeron said.

Rather than single out players, Orgeron repeatedly said the responsibility lies with the coaching staff.

He said they need to do a better job of putting players in position to make plays.

“We’re going to get it fixed,” he said. “… As coaches we have to clean stuff up. That starts with me.”

During preseason camp Orgeron told reporters he believed the defense could be even better than last year’s, which helped win LSU a national championship.

He’s taken criticism for those comments in recent weeks, but said on Monday that he stands by his original comments because what he saw in practice at the time was a defense that was playing fast and physical.

“I know some of you have tried to burn me on that,” Orgeron said. “I get that. Ain’t no big deal. But that’s what I saw and I told the truth — I don’t think we played great defense last year. And I brought Bo in and thought — I still think we can have an outstanding defense. I know there’s not a lot of great defense being played in the SEC right now. That’s no excuse. I don’t want to hear that. I want to play great defense at LSU, and we’re going to play great defense one way or another.”

LSU’s defense will be in for perhaps its biggest challenge to date on Saturday as it goes on the road to No. 10 Florida.

The Gators average 42.3 points per game and have a tight end, Kyle Pitts, who is tied with LSU wideout Terrace Marshall Jr. for the most touchdown receptions among Power 5 players with seven.

Orgeron said that while quarterback Myles Brennan will miss practice on Monday with soreness, he is expected to return on Tuesday.

Hacked! – 5 Facts About Marie Curie and the Winningest Nobel Prize Family in...

Hacked! – You Can Now Watch Live TV for Free on Sling