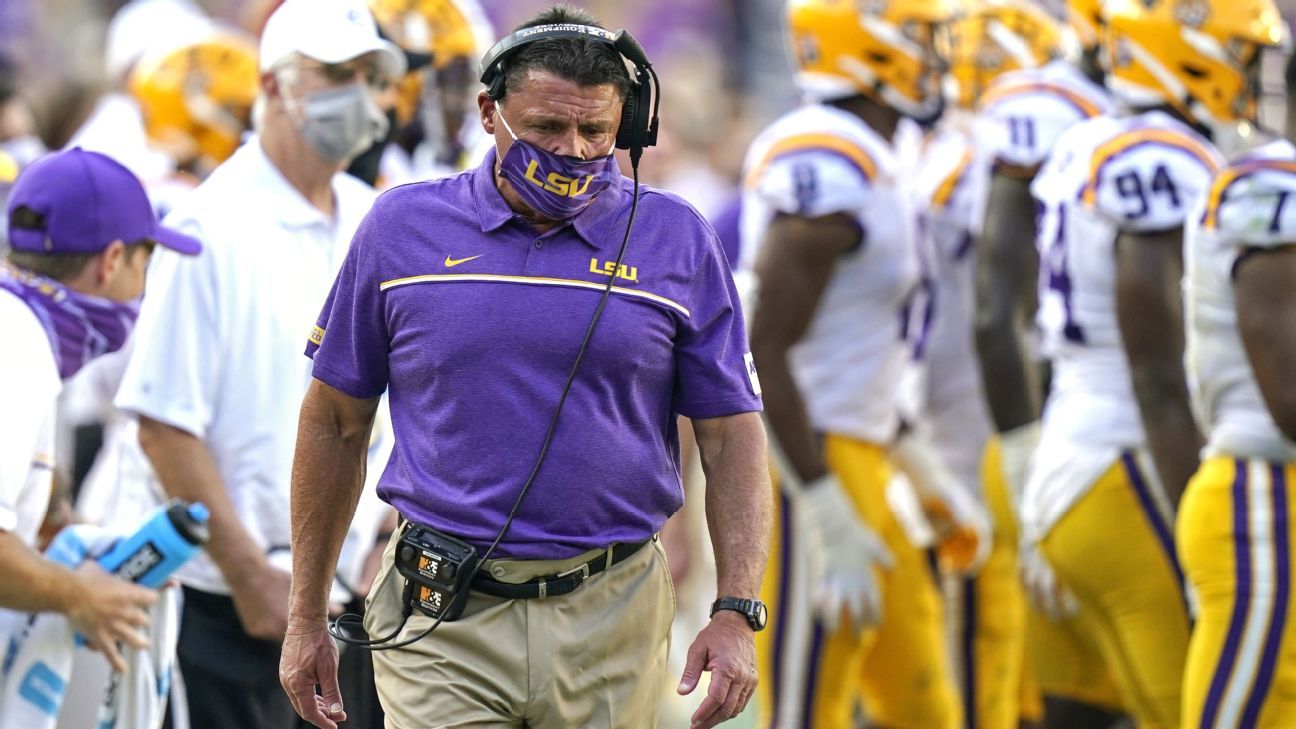 LSU coach Ed Orgeron called his team’s defense “embarrassing,” after the Tigers allowed 586 yards of total offense in a 45-41 loss at Missouri.

“We couldn’t stop anybody. Really a poor showing on defense,” Orgeron said. “We have to coach better, No. 1. It starts with me. Players have to make plays. We couldn’t stop the run, receivers wide open down the field. It was embarrassing. We have to get it fixed.”

It was the second poor defensive performance in three games to start the season for the defending national champions, who allowed Mississippi State quarterback K.J. Costello to throw for an SEC-record 623 yards in a season-opening loss.

For Orgeron, there was plenty of blame to go around. He pointed to a lack of physicality, poor communication and missed assignments, calls and tackles.

“A lot of it was busts. Guys were wide open,” he said. “That’s happened to us twice now. We really have to look at what we’re doing, we really gotta do some soul-searching and eliminate that.”

The No. 17 Tigers (1-2, all in the SEC) have allowed 96 points, which is the most they have allowed through three games to start a season in program history, according to research by ESPN Stats & Information.

In addition to losing 17 starters from last season’s undefeated championship team, Orgeron hired Bo Pelini as the team’s defensive coordinator after Dave Aranda left for the head job at Baylor. Pelini switched the Tigers to a 4-3 defensive scheme from a 3-4 — a move Orgeron has praised — but the hire and schematic shift haven’t provided the intended results.

Missouri quarterback Connor Bazelak completed 29 of 34 passes for 406 yards and four touchdowns, while running back Larry Rountree III added 119 yards rushing on 18 carries. Despite the explosive showing from Missouri’s offense, which scored 19 and 12 points in losses to Alabama and Tennessee to open the season, LSU had a chance to win the game in the final minute but was held out of the end zone on four consecutive plays from the Missouri 1-yard line.

LSU came into the game having been ranked in the AP Top 25 for 34 straight weeks, a streak that almost certainly will come to an end.

Hollywood Today – Eva Longoria “Had to Fight” for Overboard Role—Even as Her Husband...