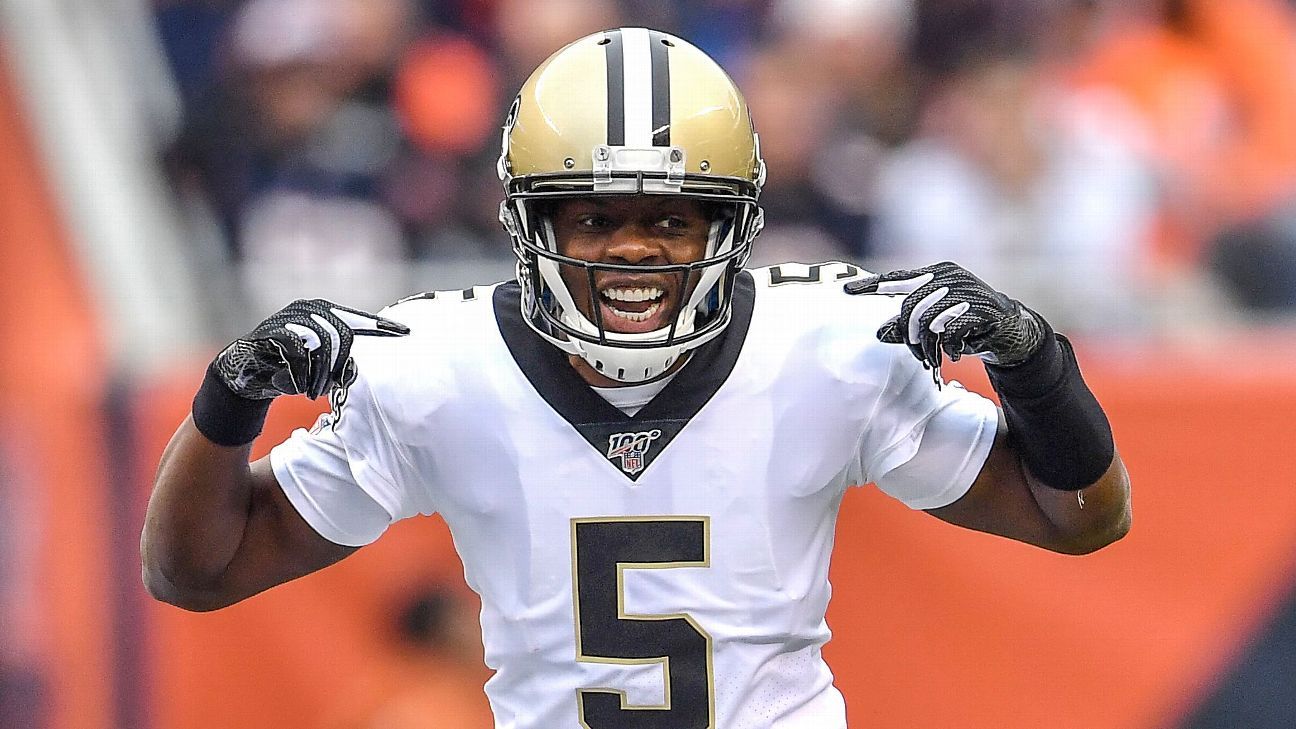 CHARLOTTE, N.C. — On the same day the Carolina Panthers gave Cam Newton permission to seek a trade that he says he didn’t ask for, the team agreed to give free-agent quarterback Teddy Bridgewater a three-year, $63 million deal, a source told ESPN’s Adam Schefter.

The contract is expected to be done by the time the new league year begins Wednesday, the source said.

That news came hours after Newton responded to the team’s post on Instagram saying that he could seek a trade.

“Stop with the word play. I never asked for it,” he commented. “There is no dodging this one. I love the Panthers to death and will always love you guys. Please do not try and play me or manipulate the narrative and act like I wanted this. You forced me into this. Love”

Pro Bowl tight end Greg Olsen, who parted ways with the Panthers in January after nine seasons, responded to Newton’s comment on Instagram with one of his own: “Sounds familiar.”

Bridgewater has been a hot commodity since he had a strong showing while filling in for the injured Drew Brees in New Orleans last season. Bridgewater went 5-0 as a starter, saving a promising season.

The former first-round pick of the Vikings has been slowly boosting his stock since a knee injury cost him almost two full seasons (2016-17).

New Panthers offensive coordinator Joe Brady worked with Bridgewater during his two years as an offensive assistant with the Saints before taking over as LSU’s passing game coordinator last year.

This is significant, particularly with the NFL suspending offseason workouts indefinitely as a result of the coronavirus pandemic. Bridgewater’s understanding of Brady’s system, which is expected to closely resemble what the Saints did, gives him the advantage of experience that Carolina’s other young quarterbacks don’t have.

That his deal will cost about what the Panthers would have owed Newton in the last year of his contract is a plus, in that it doesn’t restrict a team that entered free agency with just over $30 million in salary-cap space.

Newton, who will turn 31 in May, continues to rehab from foot surgery that was performed in December. His rehab has gone well and a league source told ESPN that he was on track to fully participate in a June minicamp before the coronavirus pandemic forced the NFL to suspend offseason programs.

Newton was the NFL MVP in 2015 when he led the Panthers to the Super Bowl, a 24-10 loss to Denver. The Panthers have been to the playoffs only once since then, a wild-card loss to the Saints in 2017.

Newton, who holds most of Carolina’s career passing records, missed 14 games last season with the Lisfranc injury and the final two games of the 2018 season with a shoulder injury that also required surgery.

“One of the distinct pleasures of my career was selecting Cam with the first pick in the 2011 draft,” he said. “Every year difficult decisions are made and they are never easy. We have been working with Cam and his agent to find the best fit for him moving forward and he will always be a Carolina Panther in our hearts.”

The Panthers are in a rebuilding mode under new coach Matt Rhule. In addition to Olsen, they have parted ways with Pro Bowl right guard Trai Turner.

The only quarterbacks on Carolina’s roster other than Newton are 2019 third-round pick Will Grier and Kyle Allen, who started 12 games last season while Newton dealt with a foot injury. A week ago, the Panthers re-signed Allen, set to become an exclusive-rights free agent, to a one-year deal.

The deal with Bridgewater assures the Panthers will move on from Newton even if a trade can’t be arranged. Carolina will create $19.1 million in cap space if it trades or releases Newton.

In coming to Carolina, Bridgewater will get to play the Saints twice a year as a member of the NFC South. He also will have a road game against the Vikings in 2020.

Bridgewater is 22-12 as a starter. That’s the seventh-best winning percentage among quarterbacks with at least 30 starts since 2014, Bridgewater’s rookie year.

The deal doesn’t preclude the Panthers taking a quarterback with the No. 7 pick of April’s NFL draft, but it does lessen the necessity to trade up for one of the top three signal-callers and opens the door for the team to address needs at other positions.

Hollywood Today – Home Invader Told Eminem He Planned to ”Kill Him” During Break-in...