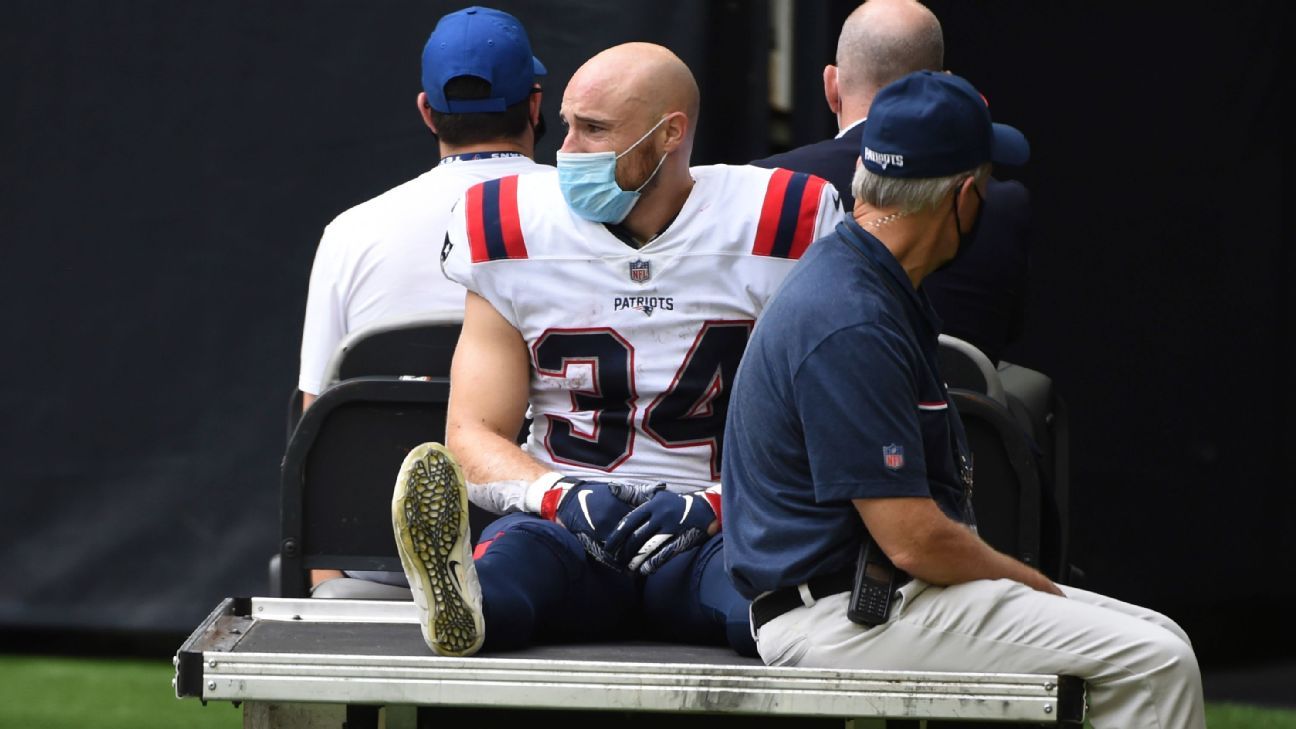 Veteran running back Rex Burkhead, a valuable chess piece for the New England Patriots‘ offense, was carted to the locker room early in the third quarter with a knee injury and quickly ruled out by the team.

Burkhead took a direct hit on his right knee on a third-down run in which he was stopped short, and remained down for an extended period of time.

His absence left the Patriots with just two running backs for the remainder of their game against the Houston Texans — Damien Harris and James White.

Sony Michel was activated off injured reserve on Saturday, but was inactive for Sunday’s game. Undrafted rookie J.J. Taylor was also inactive for the game.

Entering Sunday, Burkhead had totaled 63 rushes for 267 yards and one touchdown, to go with 23 receptions for 187 yards and three touchdowns.

“I think Rex has always played well for us,” coach Bill Belichick had said on Friday. “He plays in the kicking game, has been productive offensively, blocking, picking up the blitz, running, catching, whatever we ask him to do. He’s been very, very good and very productive for us. I’m glad we have him. He’s a very versatile player.”

Sports Today – WNBA Power Rankings: Who’s getting the most out of their rookies?

Sports Today – MLS is Back round of 16 preview: How the clubs match...