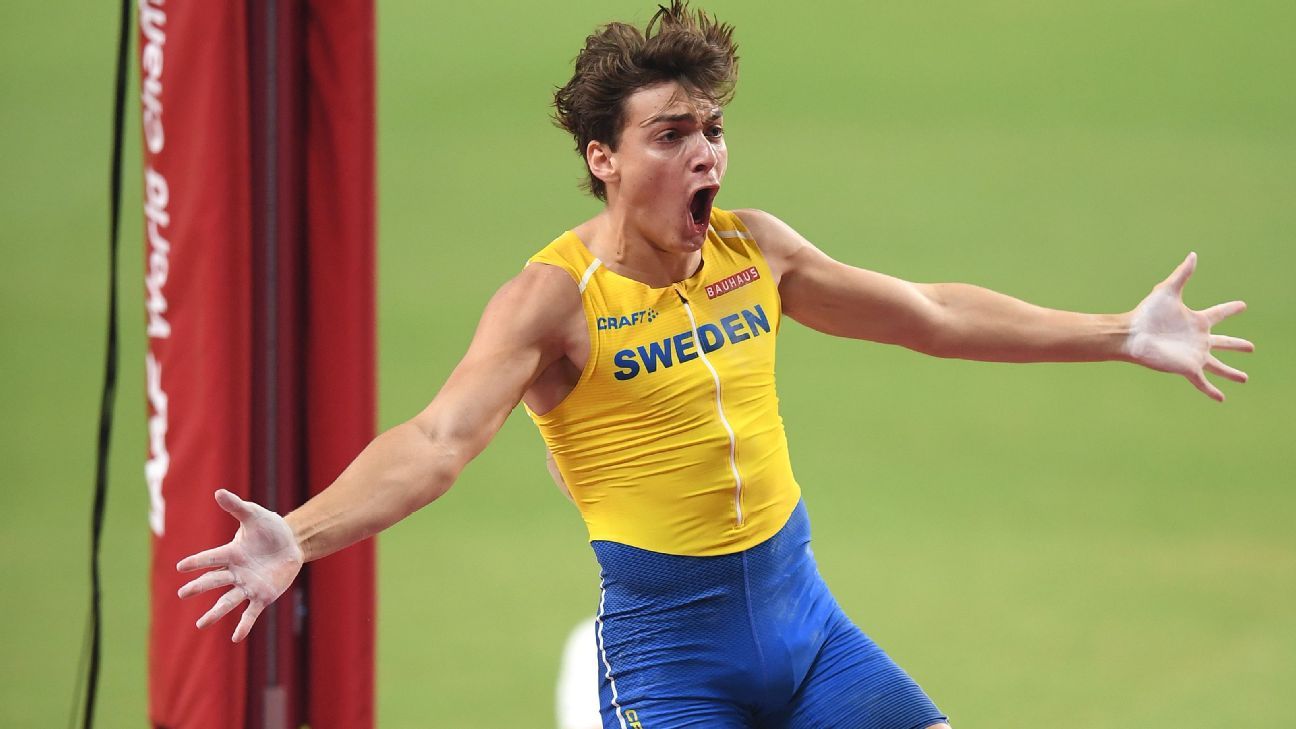 Mondo Duplantis of Sweden and Renaud Lavillenie of France tied for the gold medal Sunday during a men’s pole vault competition held in their own backyards. It was a rare sporting event held during the coronavirus pandemic.

Duplantis and Lavillenie each cleared a height of 5 meters (16 feet) 36 times over a span of 30 minutes that was broadcast by World Athletics on its social media channels. Both had one miss. Sam Kendricks of the United States wound up third by clearing the bar 26 times.

They tried to figure out a tiebreaker before electing to award double gold. The 20-year-old Duplantis initially pushed for a three-minute playoffs, while the 33-year-old Lavillenie nixed the plan.

Lavillenie did clear his 36th bar seconds before Duplantis. The event was split into two 15-minute sessions with a short halftime.

The trio collaborated on the unique competition format since adjusting the bar wasn’t practical without officials in place.

Duplantis competed from his base in Lafayette, Louisiana. Kendricks was at his farm in Oxford, Mississippi, and Lavillenie took part from Clermont-Ferrand, France, as he pushed the family’s trampoline to the side in order to jump.

It was billed as the “Ultimate Garden Clash” and could be a model for future track events. The outbreak of COVID-19 has led to the Tokyo Olympics being moved to 2021, along with the track and field season being put on hold.

Sports Today – NBA Power Rankings: Who are the best teams in the league...