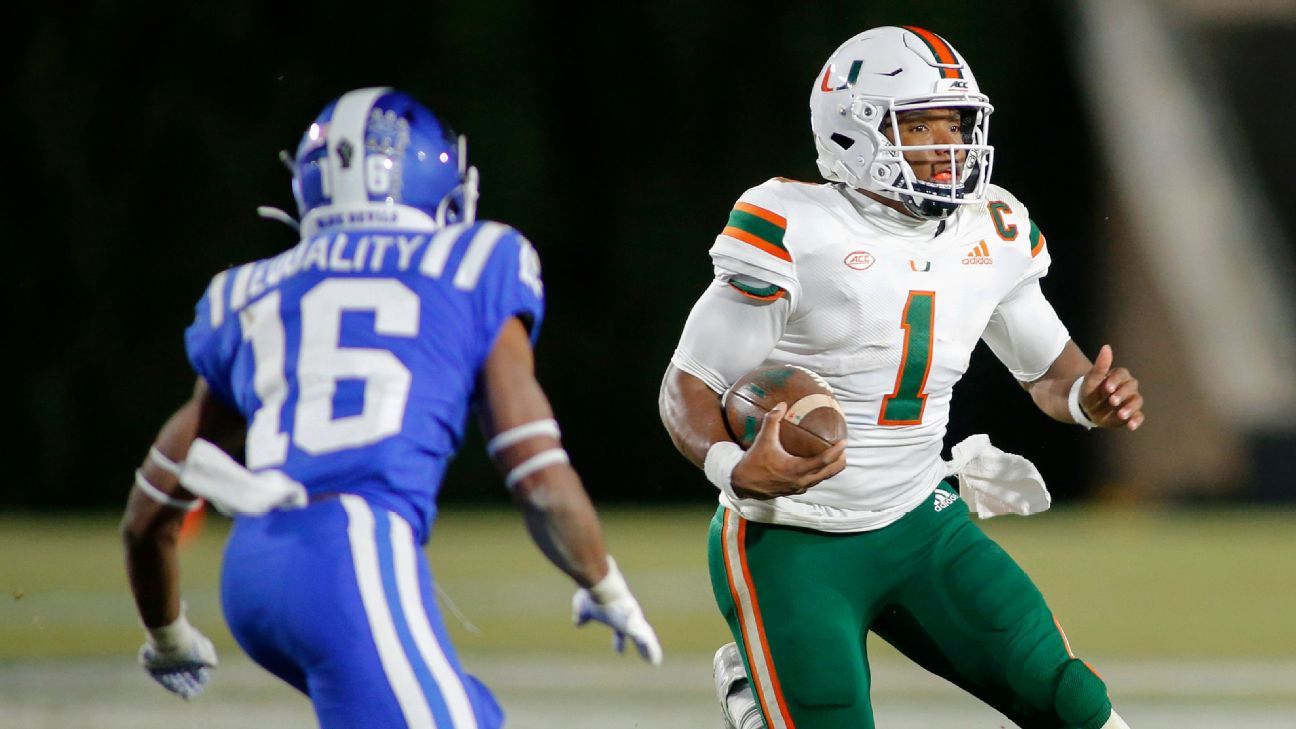 Miami quarterback D’Eriq King announced Saturday he will return to the team for the 2021 season, huge news for the Hurricanes.

King transferred in to Miami from Houston for 2020, believing he would only get one season to play. But the coronavirus pandemic gave all players one extra year of eligibility if they chose to take it.

Over the last several weeks, King said he had yet to make a decision about his future. On Saturday he revealed on social media that he decided to come back, as the Hurricanes prepare for the Cheez-It Bowl against Oklahoma State on Dec. 29 in Orlando, Fla.

This season, King has thrown for 2,573 yards, 22 touchdowns and just 5 interceptions — completing 63.6 percent of his passes. He also has rushed for 520 yards and four touchdowns.

With King, the Hurricanes have an elite quarterback to build around for the first time since the mid-2000s.