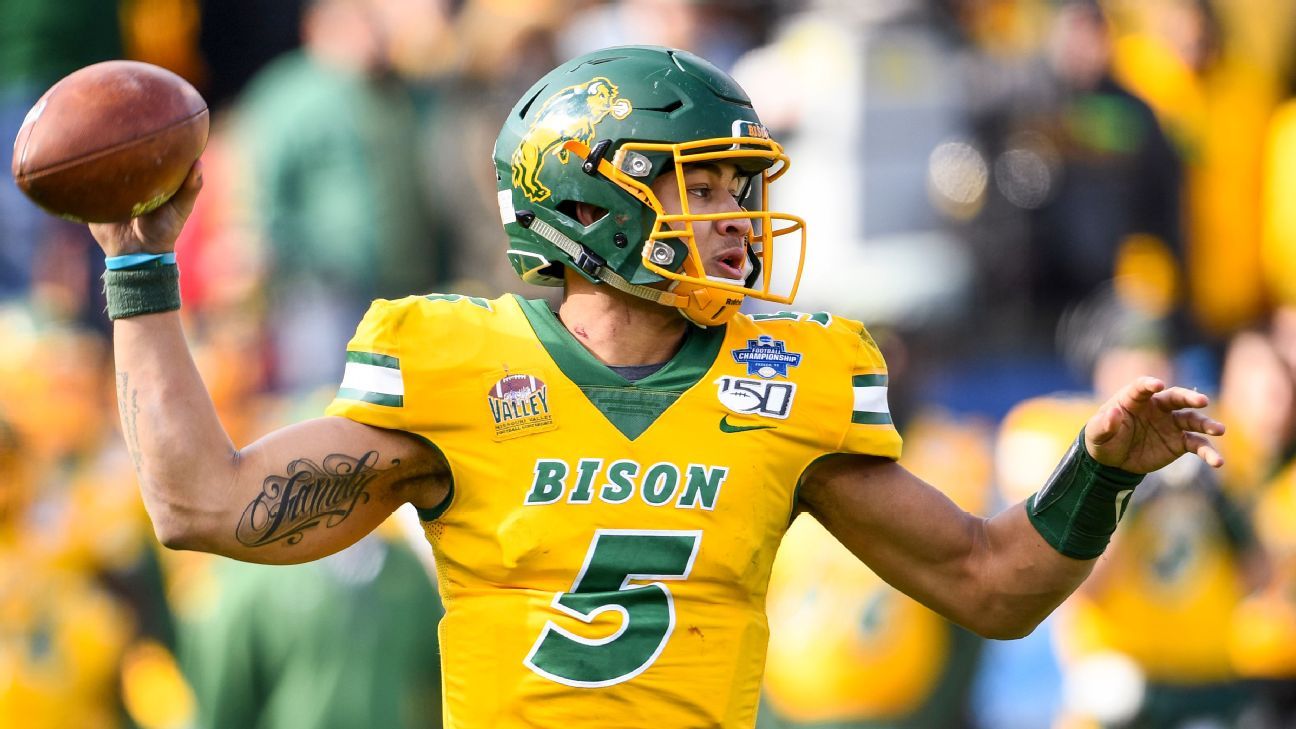 The Bison will play a spring season in 2021, but Lance will instead prepare for the draft at that time. He ran for two touchdowns and threw for two more in a 39-28 victory over Central Arkansas on Saturday, the Bison’s only scheduled game this fall.

Lance, who couldn’t be reached for comment by ESPN, posted his decision on social media.

In his first season as a starter at North Dakota State in 2019, Lance didn’t throw an interception in 287 attempts, setting the NCAA all-division record for passing attempts in a season without an interception. He completed 66.9% of his passes for 2,786 yards and 28 touchdowns while running 169 times for 1,100 yards and 14 scores. He led the FCS in passing efficiency (180.6) and established single-season school records for passing efficiency and total offense (3,886 yards).

He was named the most outstanding player in North Dakota State’s 28-20 victory against James Madison in the FCS national championship, which helped the Bison achieve the first 16-0 season in college football since 1894. He won the Walter Payton Award as the top offensive player in the FCS and the Jerry Rice Award as the top freshman, becoming the first player to win both honors.

Lance, a draft-eligible sophomore, is projected as the third-best quarterback available for the 2021 draft behind Clemson’s Trevor Lawrence and Ohio State’s Justin Fields, according to ESPN’s Mel Kiper Jr. and Todd McShay. Both analysts project Lance among the top 10 picks overall.

Lance recently told ESPN that he wasn’t sure how his limited starting experience in college would affect his draft status.

“It’s all about what other people think,” Lance said. “It’s not really about what I think. I’ve done everything I can to play as many games as possible. If that was my decision at the end of the fall, I’ve played as many games as I possibly can. I’m loving it here at North Dakota State, so we’ll see what happens.”

Leah Patricio performs “You Have a Friend in Me” LIVE on Wish 107.5 Bus

Hollywood Today – 6ix9ine Accused of Being Absentee Dad Upon Release, He Blames COVID-19