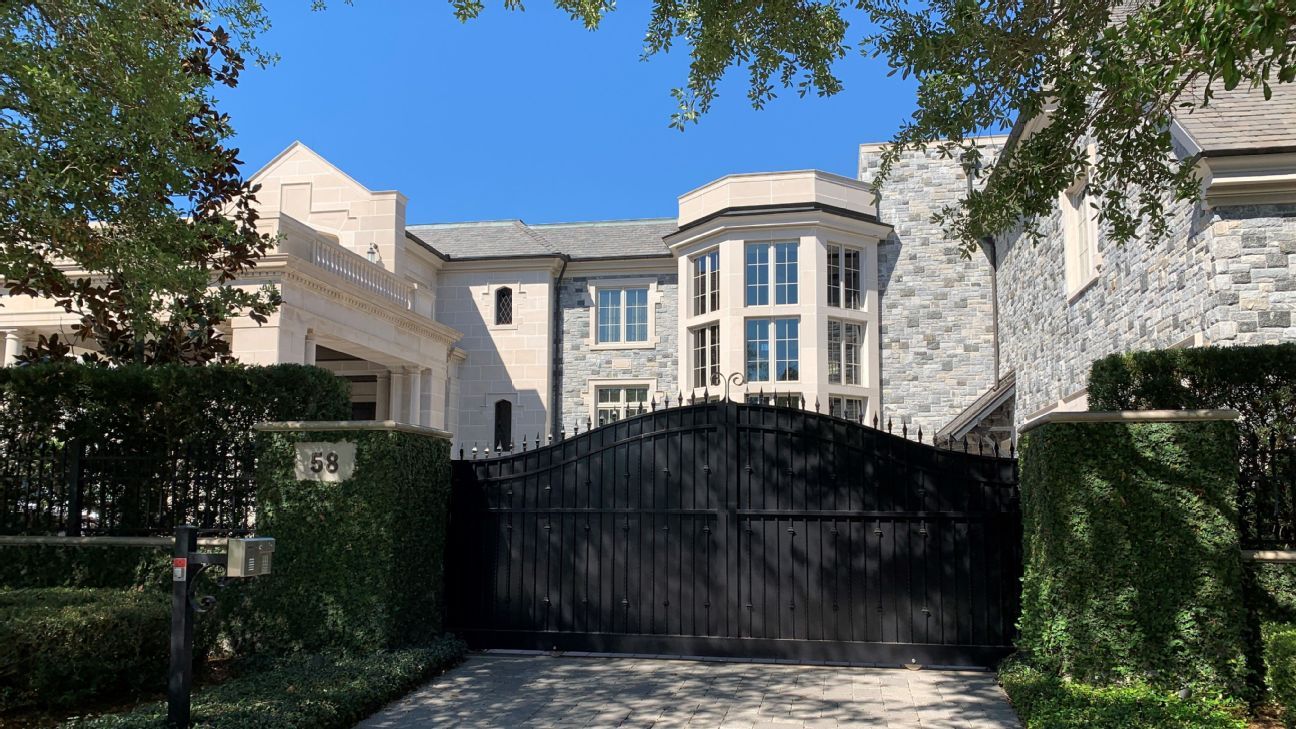 TAMPA, Fla. — The eagle has landed. For fans of the Tampa Bay Buccaneers, that would be new quarterback Tom Brady, who will be leasing Derek Jeter’s waterfront mansion on Davis Islands, according to the Tampa Bay Times.

The stone home, which belongs to the former New York Yankees star and current Miami Marlins CEO, is next door to former Buccaneers defensive tackle-turned personal injury attorney Brad Culpepper, who, along with wife Monica, were contestants on CBS’ Survivor and whose son Rex is quarterback at Syracuse University.

The 30,000-square-foot home, located right outside downtown Tampa and a short drive to the team facility, sits on three lots on Bahama Circle and features seven bedrooms, nine bathrooms and entertainment and billiards rooms. It has an 8-foot security gate — 2 feet higher than the city permits, but Jeter received an exemption for privacy.

The best part of the home is its spectacular waterfront view, which you can see as soon as you open the front door, even from the street.

“Last night, a friend of ours texted us that they heard that Tom was moving into Jeter’s house, but we just thought it was a rumor,” said Tim Davis, who lives across the street. “Today when I saw the security and the police out, I was like, ‘Oh! Maybe that’s true.'”

Throughout the day, a handful of neighbors and even a few fans trickled in to stop for a quick photo and hoping for a glimpse of the six-time Super Bowl champion, who signed with the Buccaneers two weeks ago after 20 seasons with the New England Patriots.

“Absolutely we are excited to have him here,” said Arto Hirvela, a Bucs fan who gathered to see for himself. “Especially excited having his brain and arm here. He’s a great mind.”

For days, the neighborhood had been buzzing with rumors as more as more activity picked up at the home, which had been unoccupied for the last six or seven months, neighbors said.

“The house has been empty … not much activity,” Davis said. “And then last week, more and more cars were here, and workers, mostly air-conditioning or movers. I think three or four days ago, a van came and started moving some little items.”

Davis Islands — a man-made island — is considered one of the area’s most exclusive neighborhoods and was built during the area’s land boom in the 1920s.

Hacked! – Did the Marshall Plan Really Save Europe After World War II?

Sports Today – Mets land Francisco Lindor: Grading the trade, what’s next for both...

Sports Today – Ravens’ Lamar Jackson back to running for touchdowns

Hacked! – Widex MOMENT: Hearing Aids That Adapt to Your Environment