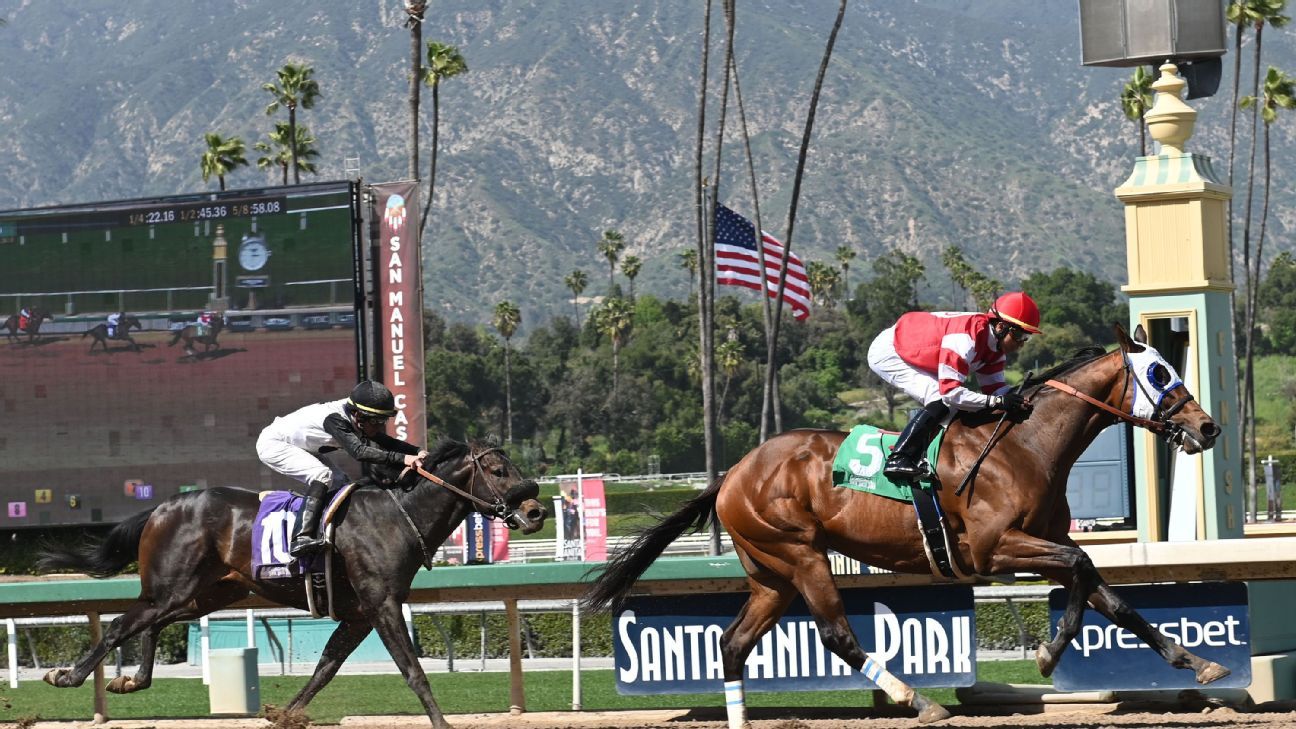 The deaths of 23 racehorses at Santa Anita Park during last year’s meet could not be blamed on illegal medications or procedures, according to a report released Tuesday, but horsemen were not found to be completely without blame.

Those were just some of the conclusions of the California Horse Racing Board in its 77-page report that followed an almost yearlong investigation into the high number of fatalities in a two-plus-month span last year.

The CHRB report said 21 of the 22 catastrophic musculoskeletal injuries discovered during necropsies of the horses that died from Dec. 30, 2018, to March 31, 2019, found preexisting conditions “that is presumed to be associated with high exercise intensity.” A 23rd horse suffered “a sudden death” due to heart failure.

“The indication is horses are overtrained and overraced,” Dr. Rick Arthur, the racing board’s equine medical director, said on a Tuesday conference call.

Of the 22 horses that underwent necropsy, 19 had sesamoid bone fractures, which are often related to racing and training. Twenty-one showed the injuries to have occurred at the fetlock joint. In December 2019, Santa Anita installed a PET scanner that had been in development before the rash of deaths in the hopes of catching some of these preexisting injuries before they reach a catastrophic level.

“The early PET images at Santa Anita so far are exciting,” the report stated. “And show this proximal sesamoid bone lesion can be successfully imaged.”

The report also found many horsemen “did not display good working knowledge of anatomy or grasp the significance of major pre-existing lesions,” which could cause catastrophic injury. The report also chided the recordkeeping of the horsemen, citing “large gaps in historical information were noted in case histories for the affected horses.”

The report suggested the establishment of “strict criteria for canceling racing based on weather and surface conditions,” including the implementation of standard protocol in moving races from turf to dirt due to conditions.

The investigation found only one specific example of a trainer feeling pressured to run horses — an unnamed trainer was “scolded by the Racing Secretary for entering a horse as ‘turf only.'” Multiple trainers mentioned being pressured to run horses or potentially face losing their stalls at the track, the report said. None, though, gave specific examples.

“We have very good confidence that many of the recommendations will be implemented,” Arthur said.

Some of those recommendations include medical records following the horse from owner to owner and trainer to trainer; making “track-related data and maintenance protocols accessible to horsemen” digitally; writing proposed races based on existing horse population; reevaluating workout criteria; consideration of expanding the list of prohibited medications, including Lasix; increasing research on catastrophic injuries and looking at the correlation between crop usage and serious injury.

“We’re moving to reform racing as best we can over the next year to 18 months,” CHRB chairman Greg Ferraro said on the call.

Hacked! – Why Is Suet Used in Birdfeed?

Sports Today – Rivals suspect Racing Point ruling is just the tip of the...