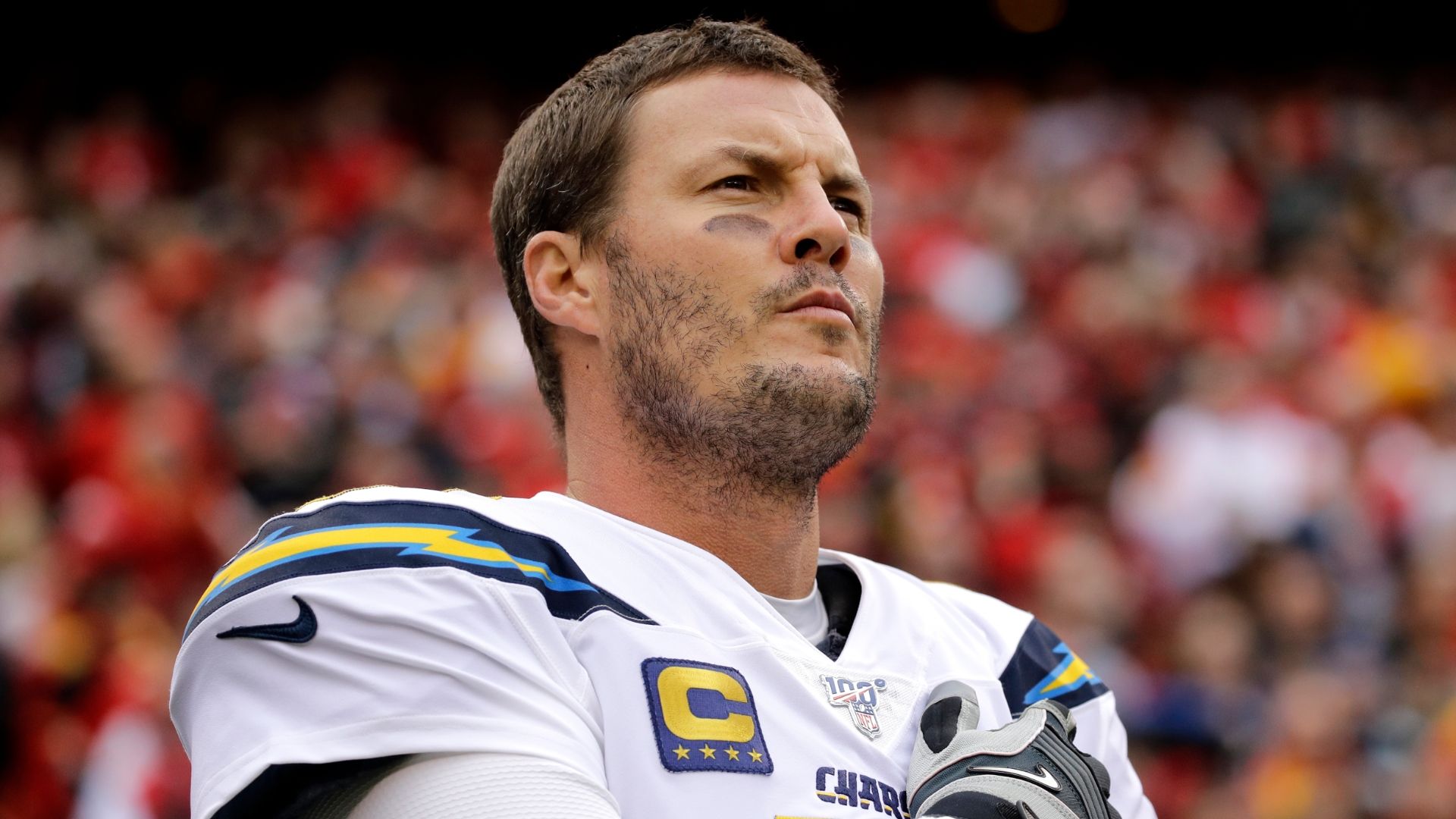 INDIANAPOLIS — Quarterback Philip Rivers talked about retiring for the first time after it become official that his time with the Los Angeles Chargers was ending earlier this offseason.

But Rivers, after discussing it with his family, believed he could continue to be a starting quarterback in the NFL. The 38-year-old Rivers signed his one-year, $25 million contract with the Indianapolis Colts on Saturday.

“I think really where we settled in is I still love to play, certainly not coming off my best year [in 2019], but I know I still can play at a high level,” Rivers said. “… It was one of those deals where we said if there’s nothing else out there then that’ll be our answer. I don’t want to just try to hang on to play.”

“The fact it ended up being with this organization, it made it that much more exciting to keep going,” he added.

The Colts also released quarterback Brian Hoyer on Saturday. Hoyer had served as Jacoby Brissett‘s backup in 2019 after joining the Colts in a trade from the New England Patriots before the season. He played in four games, throwing four touchdowns and four interceptions.

Rivers spent the first 16 years of his NFL career with the Chargers after being acquired by the franchise in a 2004 draft-day trade with the New York Giants for Eli Manning. The Chargers announced in February that they were not going to re-sign Rivers after a 2019 season in which he turned the ball over 23 times, including 20 interceptions, which were the third most in the NFL.

It became more and more apparent that the Colts needed a new starting quarterback the more Brissett, who moved into that role when Andrew Luck announced his retirement in August, struggled, including ranking 30th in the NFL in completion percentage at 60.8 as the Colts finished 7-9 and missed the playoffs for the fourth time in five years.

General manager Chris Ballard didn’t say they were going to change quarterbacks but hinted at it when he said the “jury” was still out on Brissett at the end of last season. Owner Jim Irsay added to the speculation when he said last month that all options were open at quarterback.

The Colts intend to keep Brissett on the team to back up Rivers, a source told ESPN’s Jeremy Fowler. Brissett is set to receive a $7 million roster bonus if he is still with the team Sunday.

Rivers, who has started 224 straight games, has thrown for 59,271 yards and 397 touchdowns to go with eight Pro Bowl invitations in his career. He became the first player in league history to have five straight games with a passer rating of 120 in a single season in 2014.

A message from the man himself: pic.twitter.com/2clX1UcAAL

“Philip is one of the most decorated quarterbacks in the NFL and we are fortunate to add an experienced player of his caliber to our organization,” Ballard said in a statement. “His familiarity with our coaching staff and offensive system in addition to his experience were attractive qualities during our evaluation process. Philip is a fierce competitor and his veteran leadership will be crucial in the continued development of our young roster.”

Rivers said he has been running the same offensive system since 2013, when Reich was on staff with the Chargers.

“We communicate the same way,” Rivers said. “I know what those guys are trying to get out of a play and why they are calling this. They understand how I think and why I look for things. There’s a good dynamic there in the way we think. I do think there’s a trust factor that was built there in our time in San Diego. I think that’s important to have that trust.”

Rivers isn’t putting a timetable on how long he will continue to play in the NFL.

“I take it one year at a time,” he said. “If I feel good, I’ll keep going. I don’t want to get carried away. You won’t see me in the Tom Brady [age] range. I still feel like I can help a football team go win a championship.”

Hacked! – Which iPhone Is the Best? iPhone Models, Compared

Hollywood Today – Jacob Blake Paralyzed After Shooting, ‘Miracle’ If He Ever Walks Again